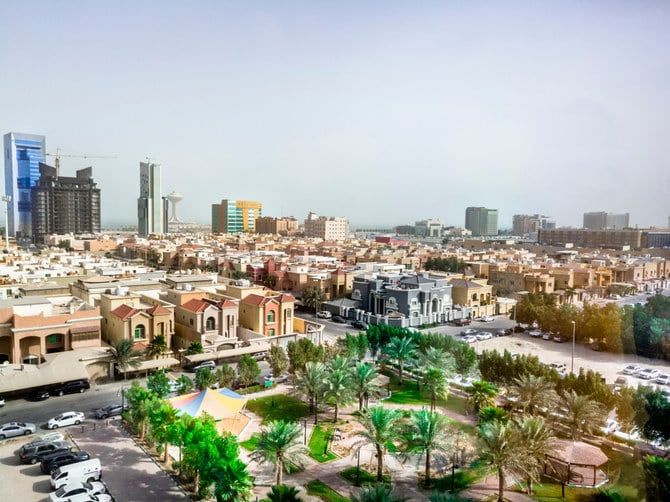 Real estate activity in Saudi Arabia drops 53.7% during the first week of 2023

Saudi Arabia’s real estate activity has witnessed a 53.7 percent drop during the first week of 2023, as a result of weak liquidity flows due to the high interest rates.
The trend continued from the last week of 2022 when the Kingdom’s real estate activity plunged 1.8 percent bringing the total value of market transactions to a level below SR2.1 billion ($558 million), Al Eqtesadiah reported.

The value of deals in the residential sector also decreased during the first week of 2023 by as much as 47.5 percent, despite registering a growth of 19 percent during the previous week.

This fall in real estate activity is mainly attributed to weak liquidity flows to its main sectors, as a result of the high interest rates and the subjection of evaluations of various real estate assets by both investors and consumers.

The number of real estate transactions registered a record weekly decline of 38.3 percent in the first week of January, compared to a rise of 2.8 percent during the previous week, standing at 2,100 transactions by the end of the week.

Similarly, the number of properties sold fell by a record 40.1 percent in the first week of the year, compared to an increase of 4.6 percent during the previous week. The weekly sales volume of the market stabilized at below 2,200 sold properties.

Meanwhile, the total area of real estate transactions executed during the first week of 2023 week recorded a drop for the second week in a row by 34.1 percent, compared to a decrease of 16.8 percent during the last week of 2022.

Despite drops in most parameters, Saudi Arabia’s ongoing initiatives implemented by the government, including access to finance and regulations standardizations, are transforming the housing market and improving access for Saudi families, according to a report from PwC Middle East.

The Kingdom’s retail sector witnessed an increase in retail space and a strong recovery in domestic demand following the relaxation of COVID-19 restrictions in the first half of 2022, according to the CEO of global real estate services firm Jones Lang LaSalle, Thierry Delvaux.

The underlying demand for residential properties in Riyadh remains strong, and it is expected to continue to strengthen in the longer term as the government fuels its ambitious target to make the city one of the 10th largest in the world by 2030, Delvaux said back in October in an exclusive interview with Arab News.
#COVID-19  #Covid
Add Comment