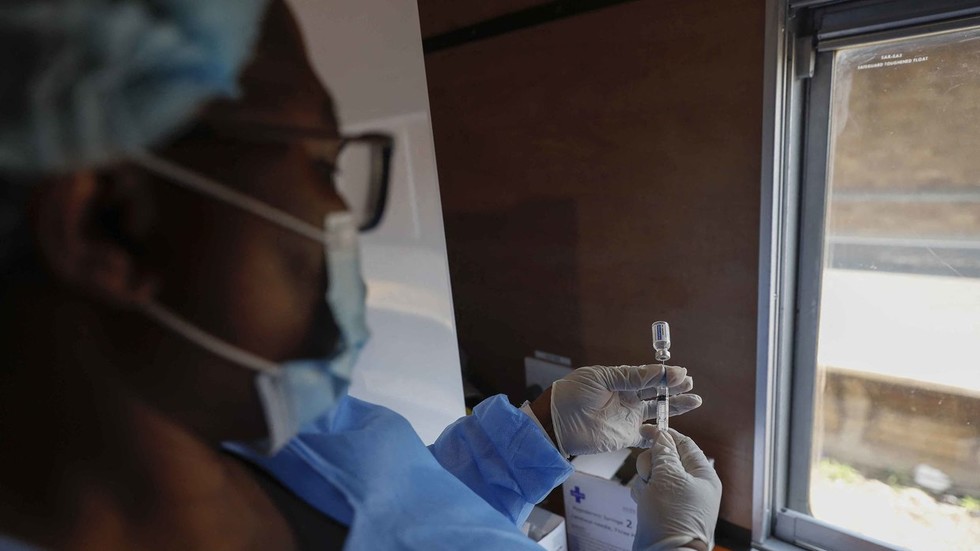 Rich states should stop hoarding Covid vaccines for boosters not yet backed by science, redirect jabs to Africa – African Union

Wealthy states should send their Covid jabs to under-vaccinated Africa rather than stashing doses away for booster shots which are not yet proven to be necessary, the African Union’s (AU) top health official has said.
Speaking at a news conference on Thursday, John Nkengasong, the director for the continent’s Centers for Disease Control and Prevention (Africa CDC) blasted high-income nations for their eagerness to administer a third shot.

“The problem we have with the third doses is we have not seen enough science behind them,” the African CDC chief stated, adding that countries rushing to offer a booster shot will “surely be gambling” without data supporting its use.

Nkengasong warned that states offering third shots would make it harder for Africa to reach its goal of inoculating 60-70% of its population. According to statistics from the Africa CDC, only 3% of the continent is fully jabbed, while just over 5% have received one dose.

The remarks come after the World Health Organization’s (WHO) head, Tedros Adhanom Ghebreyesus, called for an “extension of the [booster] moratorium until at least the end of the year, to enable every country to vaccinate at least 40% of its population” at a briefing on Wednesday. The WHO chief said that “not a single low-income country” had reached a target of vaccinating a meagre 10% of its population.

The European Medicines Agency announced earlier this week that it was evaluating data on a booster dose for Pfizer/BioNTech’s Covid vaccine, to be administered six months after the second shot in people aged 16 and up.

In the United States, booster doses of mRNA jabs made by Pfizer and Moderna have been approved for those with compromised immune systems. However, Joe Biden’s administration plans for all fully vaccinated adults to receive a top-up shot eight months after their second dose starting from September 20 onwards.

Israel started dishing out third Pfizer shots to its population of over-60s on August 1 and rapidly began to decrease the eligible age throughout the month, eventually expanding the offer to all citizens aged 12 and above.
#vaccine  #pfizer  #biontech  #joe biden  #covid  #vaccines
Add Comment