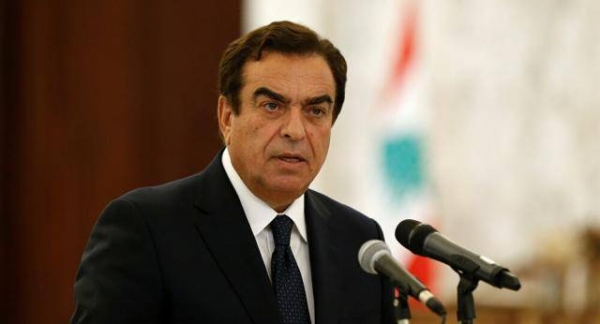 Saudi Arabia’s Ministry of Foreign Affairs said on Wednesday that it had summoned Lebanon’s Ambassador to the Kingdom Fawzi Kabbara to protest against the controversial statements made by the Lebanese Minister of Information George Kordahi.
In a statement, the ministry said that it had handed Kabbara an official protest note against Kordahi's statements. The ministry described the statements as offensive to the efforts of the Saudi-led Arab Coalition in support of the internationally recognized government in Yemen.

In the statement, the ministry expressed Saudi Arabia’s regret over the “offensive remarks towards the Kingdom and the coalition countries. These statements hold Kordahi responsible for clearly biased towards the Yemeni Ansar Allah (Houthis) group, which is threatening the security and stability of the region.”

The ministry stressed that these statements contradict the simplest political norms and are inconsistent with the historical relations between the two sisterly peoples.

“The ambassador’s summons came in view of the repercussions that these offensive statements may have on the relations between the two countries,” the statement added.
Add Comment