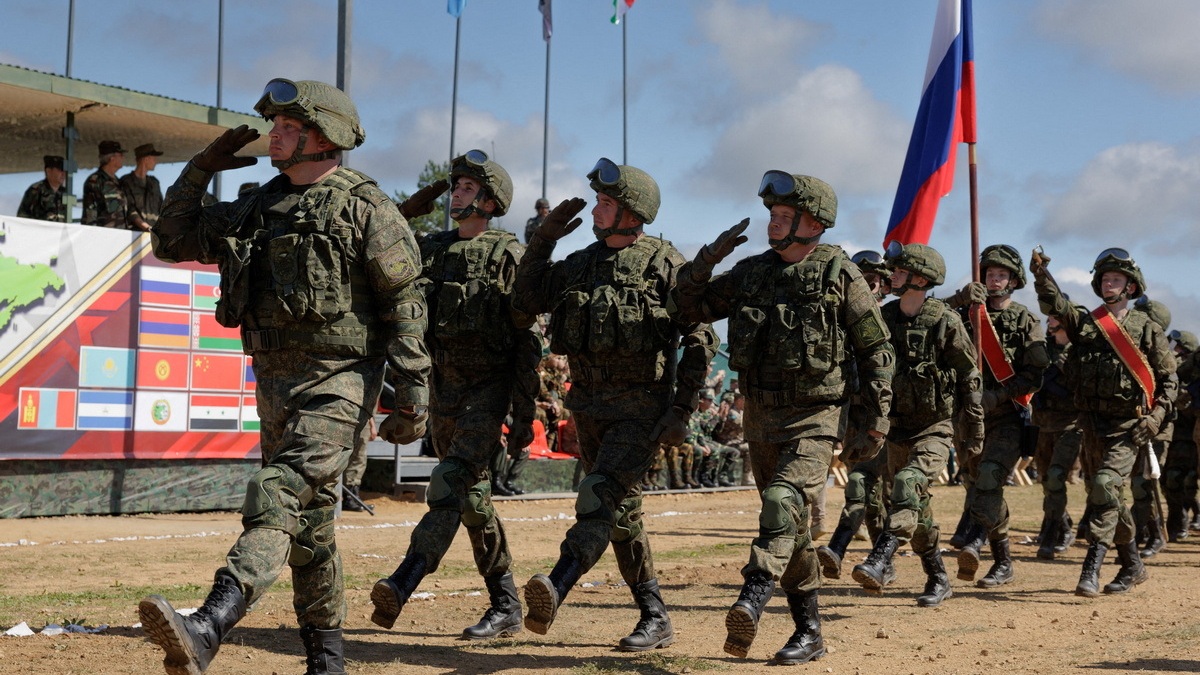 The Vostok 2022 exercise will last until September 7 showing strengthening ties and defence cooperation between Russia and China.

Russia has launched week-long military drills involving forces from China and other nations, an exercise that shows growing defence cooperation between Moscow and Beijing as they both face tensions with the United States.

The large-scale manoeuvres also seem to be intended to demonstrate that Russia has sufficient military might for enormous drills even as its troops are engaged in action in Ukraine.

The Russian defence ministry said the Vostok 2022 (East 2022) exercise will be held until September 7 at seven firing ranges in Russia’s Far East and the Sea of Japan, and that it involves more than 50,000 troops and 5,000 weapons units, including 140 aircraft and 60 warships. 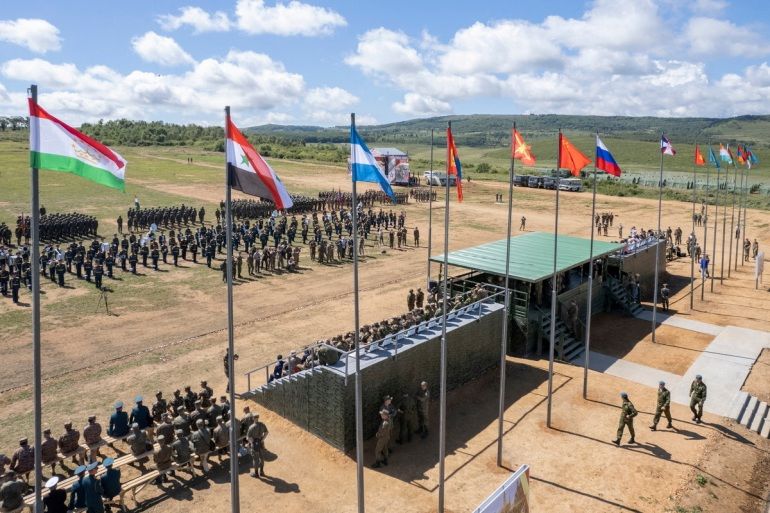 The defence ministry noted that the Russian and Chinese navies will “practice joint action to protect sea communications, areas of marine economic activity, and support for ground troops in littoral areas” in the Sea of Japan.

Putin and Chinese President Xi Jinping have developed strong personal ties to bolster a “strategic partnership” between the former communist rivals as they both are locked in a rivalry with the United States.

China has refused to criticise Russia’s invasion of Ukraine, saying the United States is the “main instigator” of the conflict by supporting NATO expansion and putting sanctions on Moscow.

In return, Russia has strongly supported China amid tensions with the US caused by its House Speaker Nancy Pelosi’s recent visit to Taiwan.

Russian President Vladimir Putin compared US support for Ukraine and Taiwan, saying both were part of alleged American efforts to foment global instability. 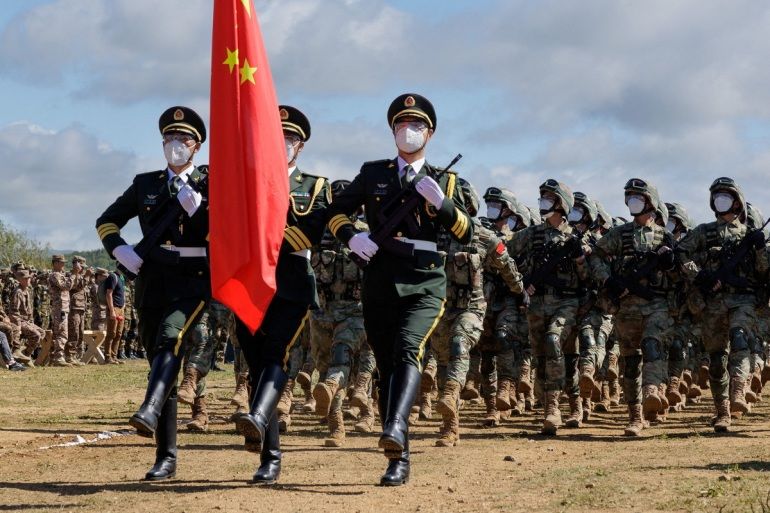 Political analyst Alexander Gabuyev noted: “It’s very important for Beijing to show to the US that it has levers to pressure America and its global interests.

“The joint manoeuvres with Moscow, including the naval drills, are intended to signal that if the pressure on Beijing continues it will have no other choice but to strengthen the military partnership with Russia,” Gabuyev said. “It will have a direct impact on the interests of the US and its allies, including Japan.”

He told The Associated Press the Kremlin, for its part, wants to show the country’s military is powerful enough to flex its muscle elsewhere despite the grinding campaign in Ukraine.

“The Russian leadership demonstrates that everything goes according to plan and the country and its military have resources to conduct the manoeuvres along with the special military operation,” Gabuyev said.

China’s participation in the drills “aims to deepen pragmatic and friendly cooperation between the militaries of the participating countries, enhance the level of strategic cooperation among all participating parties, and enhance the ability to jointly respond to various security threats”, Chinese defence ministry spokesperson Colonel Tan Kefei said last week.

The exercise continues a series of joint war games by Russia and China in recent years, including naval drills and patrols by long-range bombers over the Sea of Japan and the East China Sea. Last year, Russian troops deployed to Chinese territory for joint drills for the first time.

Even though Moscow and Beijing in the past rejected the possibility of forging a military alliance, Putin has said such a prospect cannot be ruled out. He also noted Russia has been sharing highly sensitive military technologies with China that helped significantly bolster its defence capability.