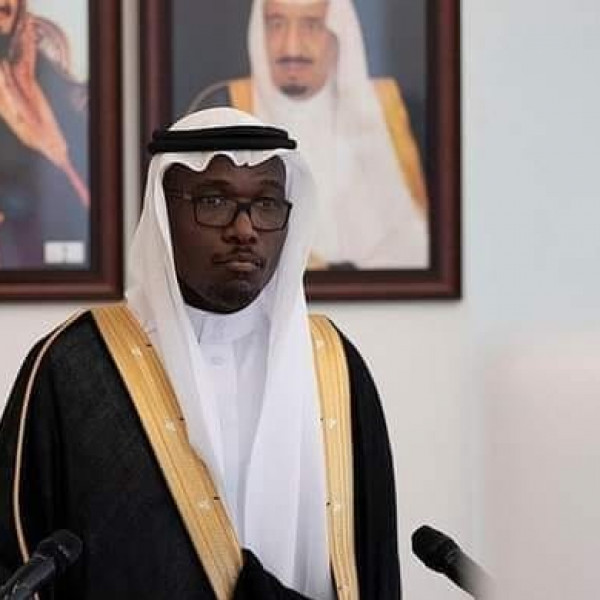 As a mark of friendship with Somalia, Saudi Arabia made a new appointment of an envoy on Saturday, who will be in charge of bolstering the relationship between Riyadh and Ankara, in what will take the level of collaboration to another level.
The Kingdom of Saudi Arabia appointed Ahmed Bin Mohamed Al-Muwallad as their new ambassador to Somalia. The two countries have been enjoying a fairly good relationship, including trade and investment.

On Saturday, Saudi King Salman bin Abdulaziz Al-Saud was sworn in as the new Saudi ambassador, and the new envoy will assume the office immediately. Outgoing President Mohamed Abdullahi Farmaajo is set to receive the new envoy.

Maow Haji, the Somali ambassador to Saudi Arabia, also recently presented his credentials to Saudi King Salman Bin Abdiaziz. He has since assumed office and will be representing Mogadishu in the Gulf nation.

Ambassador Salim Maow thanked the Saudi government for the warm welcome and said it would go a long way in promoting development and cooperation between the two governments.

Saudi Arabia said the new envoy is expected to arrive in the capital Mogadishu soon, and Saudi Arabia is expected to open its embassy in Somalia this year officially, to further boost the relationship between the two countries which are members of the Arab League.

Mr. Al-Muwallad is the second Saudi ambassador to Somalia since the collapse of the central government in 1991. Mohamed Abdi-kani Al-Khayat presented his credentials to President Hassan Sheikh Mohamud in Mogadishu in January 2017, when Farmaajo was about to assume office.
Add Comment