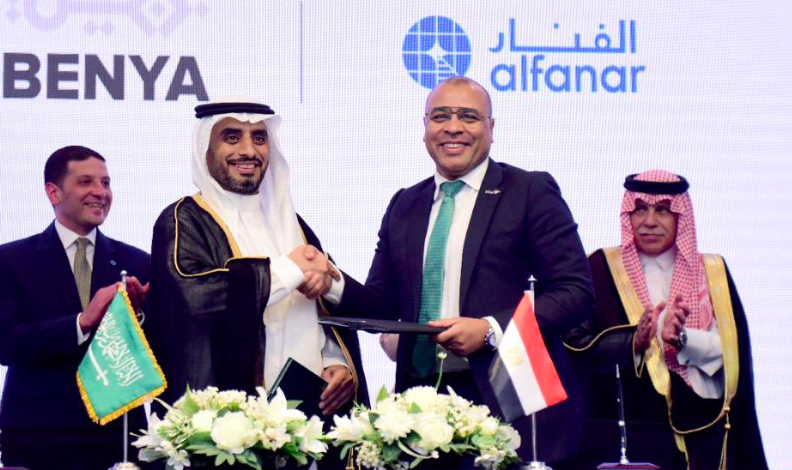 The two countries have also agreed three Memorandums of Understanding, Al-Qasabi revealed during a meeting of the Egyptian-Saudi Business Council.

The deals include a cooperation agreement to build Egypt Center for Petroleum and Petroleum Products Storage, between the Saudi Ajlan & Bros Holding Co. and the Egyptian Arab Supply Chain Group Co., at a value of SR12.25 billion ($3.26 billion).

A spokesperson for Ajlan & Bros Holding told Al-Arabiya the firm signed six agreements with the Egyptian side, worth $5.5 billion, in the fields of tourism, food and ports.

The volume of Saudi companies’ investments in Egypt is $30 billion, while 574 Egyptian companies operate in the Kingdom with a capital of $1.3 billion, Al-Qasabi said.

The visit of Saudi Crown Prince Mohammed bin Salman to Egypt continues on Tuesday June 21, as part of his tour that will also include Jordan and Turkey.

The volume of trade exchange between both countries hit its highest value in history, at about SR54 billion in 2021, with an 87 percent jump compared to the year 2020, the Federation of Saudi Chambers said.

Saudi Arabia and Egypt have more than 160 bilateral agreements that support the growth of economic relations, the Federation report showed, according to the Saudi Press Agency.

Saudi exports to the Egyptian market in 2021 amounted to SR38.6 billion and Egyptian imports to the Saudi market SR15.7 billion, with a record growth of 60 percent.

Saudi investments in Egypt amounted to over SR120 billion, through more than 6,800 Saudi companies. These investments are mainly in industry, construction, tourism, finance, services, agriculture, communications and information technology.