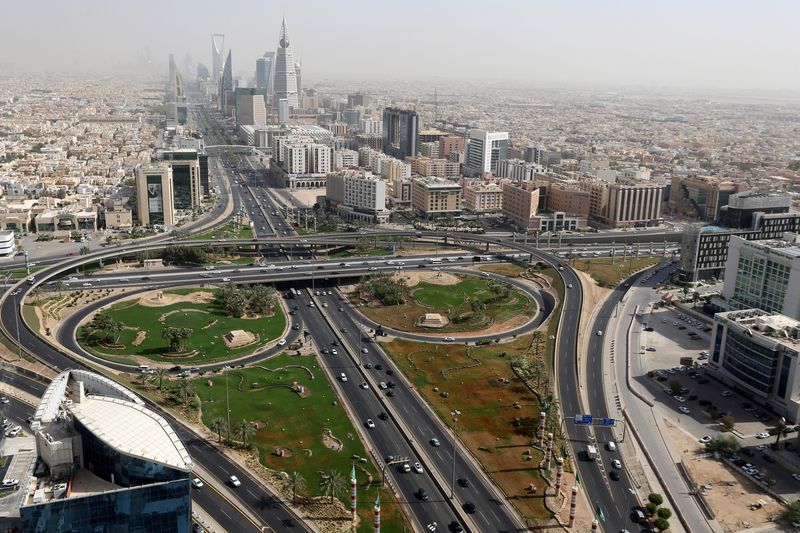 Saudi Arabia said on Sunday it expected to post its first budget surplus in nearly a decade next year, as it plans to restrict public spending despite a surge in oil prices that helped to refill state coffers emptied by the pandemic.

After an expected fiscal deficit of 2.7% of gross domestic product this year, Riyadh estimates it will achieve a surplus of 90 billion riyals ($23.99 billion), or 2.5% of GDP, next year – its first surplus since it went into a deficit after oil prices crashed in 2014.

Next year, the kingdom expects revenues of 1.045 trillion riyals.

“We are telling our people and the private sector or economy at large that you can plan with predictability. Budget ceilings are going to continue in a stable way regardless of how the oil price or revenues are going to happen”.

The largest Arab economy suffered a deep recession last year as the coronavirus crisis hurt its burgeoning non-oil economic sectors, while record-low oil prices weighed on its finances, widening the 2020 budget deficit to 11.2% of GDP.

But the economy bounced back this year as COVID-19 restrictions were eased globally and domestically, and revenues increased sharply year on year.

Saudi Arabia forecast 2.9% GDP growth this year followed by 7.4% growth in 2022, according to the budget document.

The kingdom does not disclose the oil price it assumes to calculate its budget. Economists last year said it was likely based on a conservative price of around $46-$48 per barrel.

For 2022, it was likely basing its budget on an oil price assumption that could be as low as $50-$55 per barrel, estimated Monica Malik, chief economist at Abu Dhabi Commercial Bank.

This could leave extra room for further improvement in its fiscal position: Brent crude oil has climbed this year and is expected to average about $70.6 per barrel in 2021 and decline slightly to $70.05 next year, according to the Energy Information Administration.

The International Monetary Fund has estimated Riyadh would need an oil price of $72.4 per barrel to balance its budget next year.

Saudi Arabia’s ability to maintain fiscal diligence depends partly on improvements in spending efficiency but is also the result of the increasing roles of entities like the state fund PIF or the National Development Fund in funding Crown Prince Mohammed bin Salman’s ambitious investment plans.

“The surpluses will be used to increase government reserves, to meet the coronavirus pandemic needs, strengthen the kingdom’s financial position, and raise its capabilities to face global shocks and crises,” Prince Mohammed was quoted as saying by Saudi state press agency SPA.

PIF plans local investments of more than 150 billion riyal next year after investing 84 billion riyals this year, he added.