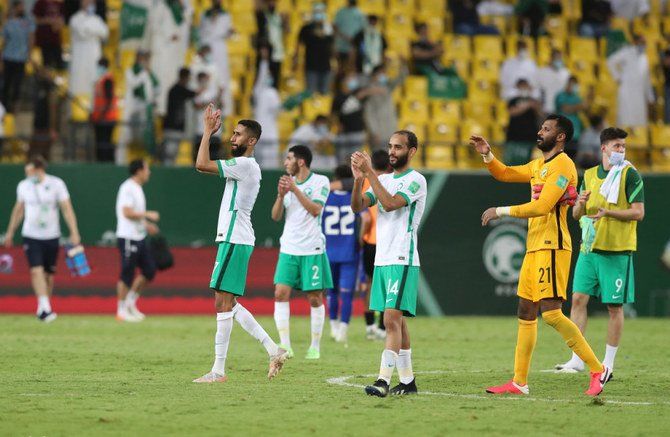 Saudi Arabia has ranked 61st in the latest FIFA rankings for men’s international teams issued on Thursday.
The Green Falcons rise came on the back of three victories in the qualifiers for the 2022 World Cup and 2023 AFC Asian Cup, and and saw them jump three places from last month’s 64th spot.

Saudi Arabia overcame Yemen 3-0 on June 5, and followed that up with two more wins by the same score against Singapore and Uzbekistan.

The results meant Herve Renard’s team won Group D to advance to the third round of qualifying scheduled to start in September.