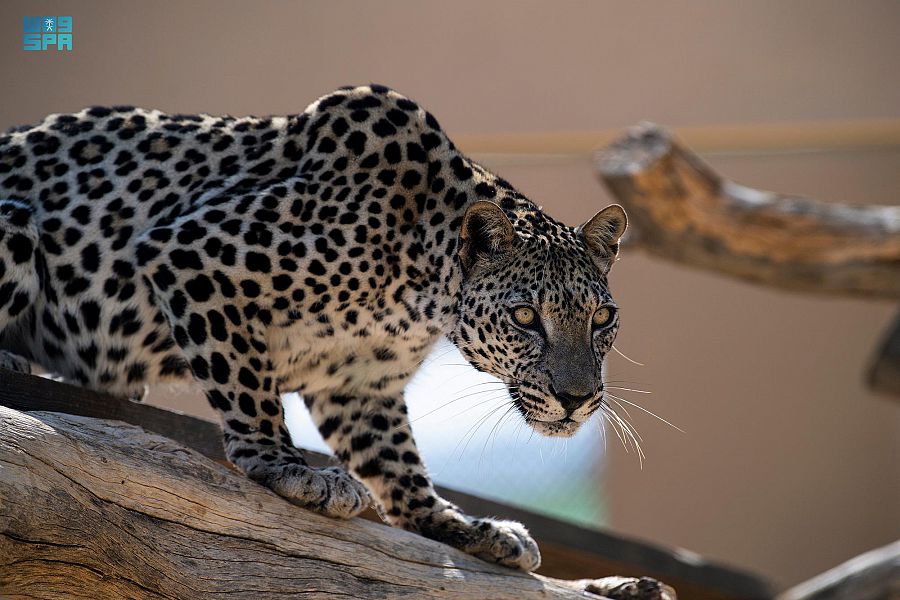 Saudi Arabia’s efforts to protect the Arabian Leopard is one of the most prominent global models, said Princess Reema bint Bandar, the Kingdom’s ambassador to the United States.

Princess Reema’s remarks came in the presence of Prince Khalid bin Bandar, the Saudi ambassador to the UK, while launching a new book entitled, “The Arabian Leopard”, Saudi Press Agency reported on Friday.

The book documents national efforts through the strategy of the Royal Commission for AlUla to preserve the Arabian Leopard and protect it from extinction, within the objectives of the Kingdom’s Vision 2030.

Assouline Publishing House in London hosted the book launching ceremony, during which the ambassador emphasized the Kingdom’s efforts to protect the leopard and return it to its natural habitats.

Prepared and written by a number of experts in the fields of environment and nature conservation, the book contains over 100 works of art and photos. It also contains various reports on the history of the Arabian tiger, which has existed for more than 500,000 years in the Arabian Peninsula.

The International Union for Conservation of Nature classifies the Arabian Leopard as among the most endangered animals, with only 200 alive today, due to overhunting and other reasons within the animal’s subsistence system.

The RCU’s strategy to preserve the animal includes a variety of initiatives, including expanding the breeding program by opening a dedicated center in the Sharaan Nature Reserve, and establishing the Global Fund for the Arabian Leopard, for which the authority has allocated $25 million.

In line with the Saudi Green Initiative, RCU aims to convert 80 percent of AlUla’s area into nature reserves, including wild plants and animals, as initiatives to protect the Arabian leopard have also included the resettlement of wild species such as mountain ibex and gazelles.