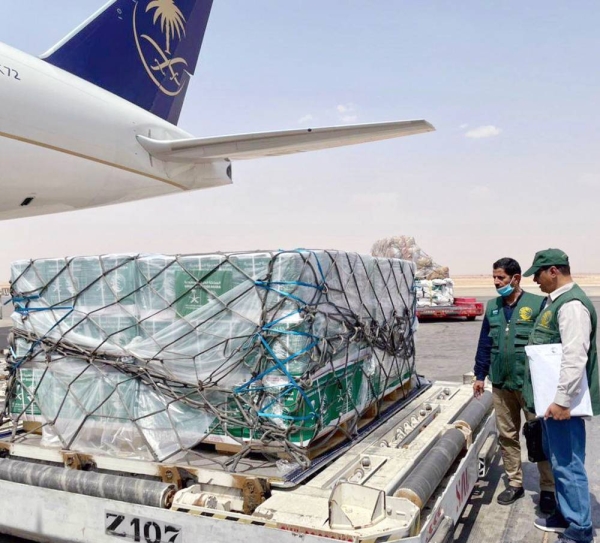 The King Salman Humanitarian Aid and Relief Center (KSrelief), the charity arm of Saudi Arabia, sent on Wednesday the first batch of supplies to Algeria to help the African country in its efforts to combat the wildfires that have spread across the north of the country.
The medical aid is being delivered following the implementation of directives of the Custodian of the Two Holy Mosques King Salman.

This aid is an affirmation of deep-rooted relations between the two countries and Saudi Arabia's humanitarian roles toward the most affected countries during crises.

Last week, Custodian of the Two Holy Mosques King Salman ordered to stand by Algeria in its efforts to combat wildfires and directed the KSrelief to send urgent humanitarian aid to help the affected people.

Also, King Salman held a phone conversation with President Abdelmadjid Tebboune of Algeria. During the call, the King offered condolences to the families of those died in the mishap and wished for a speedy recovery for those injured.

On his part, Tebboune thanked the King for his sincere feelings and directive to provide urgent humanitarian aid to the Algerian people.
Add Comment