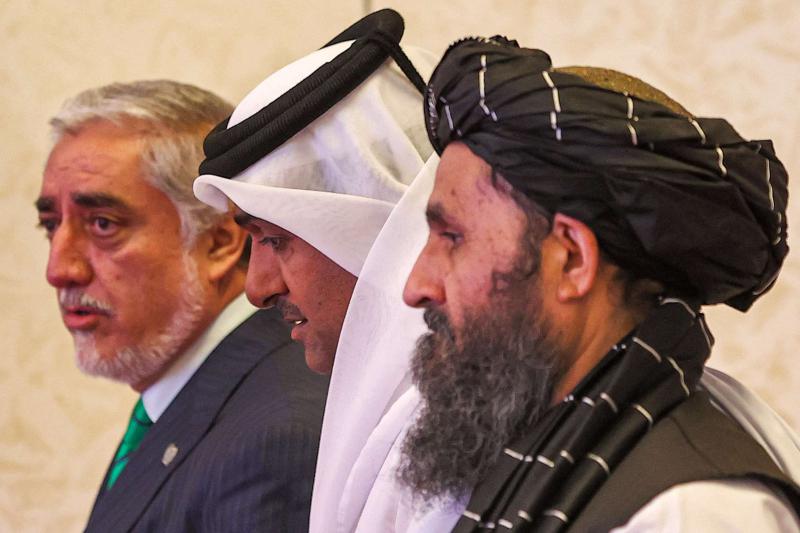 Saudis do not want to see Afghanistan turn into a launchpad for Iranian ambitions.
Saudi Arabia on Monday urged Taliban insurgents, who seized Afghanistan’s capital Kabul, to preserve lives, property and security as stipulated by “Islamic principles,” while Bahrain announced its intention to initiate consultations with other Arab Gulf countries regarding the developments in Afghanistan.

Saudi Arabia, experts say, appears cautious about the unfolding developments in Afghanistan. The Saudis, however, do not want to sound unconcerned about these developments, which may trigger new regional tensions and turn Afghanistan into a safe haven for terrorist organisations, particularly Al-Qaeda and the Islamic State.

Saudis also do not want to see Afghanistan turn into a launchpad for Iranian ambitions, as was the case in the past when Tehran exploited hotbeds of tension to expand its foothold in the region, particularly in Iraq, Syria and Yemen.

“The kingdom stands with the choices that the Afghan people make without interference,” the Saudi foreign ministry said in a statement carried by official media.

“Based on the noble principles of Islam … the kingdom of Saudi Arabia hopes that the Taliban movement and all Afghan parties will work to preserve security, stability, lives and property,” the foreign ministry added.

It also voiced hope the situation would stabilise as soon as possible, as thousands of Afghans fearful of the Taliban thronged Kabul airport in desperate efforts to leave. Five people were killed in the chaos on Monday.

Fellow Gulf state Qatar said it was seeking a peaceful transition in Afghanistan and was doing its utmost to help efforts to evacuate diplomats and foreign staff in international organisations from the country.

Doha has hosted a Taliban office since 2013 for peace talks and has played a central role in trying to reach a political settlement in Afghanistan that included the withdrawal of US troops.

However, the accelerating events in Afghanistan, with shocking and sometimes counterproductive results, show that Qatar has not provided any service to the administration of US President Joe Biden.

From this angle, observers expect that any criticism of the US administration over its failure to manage the Afghan file will include Qatar, which has failed to anticipate the course of events and help control the situation, despite its extensive relations with Taliban leaders.

“There is international concern about the fast pace of developments and Qatar is doing its utmost to bring a peaceful transition, especially after the vacuum that happened,” Qatari Foreign Minister Sheikh Mohammed bin Abdulrahman Al-Thani told a news conference in the Jordanian capital Amman.

“The council of ministers has tasked the foreign minister to coordinate and consult with the GCC states regarding the developments in Afghanistan, in the framework of Bahraini presidency” of the group, which also includes Saudi Arabia, the United Arab Emirates, Qatar and Oman, the kingdom’s government media office said on Twitter.
#joe biden  #afghanistan
Add Comment