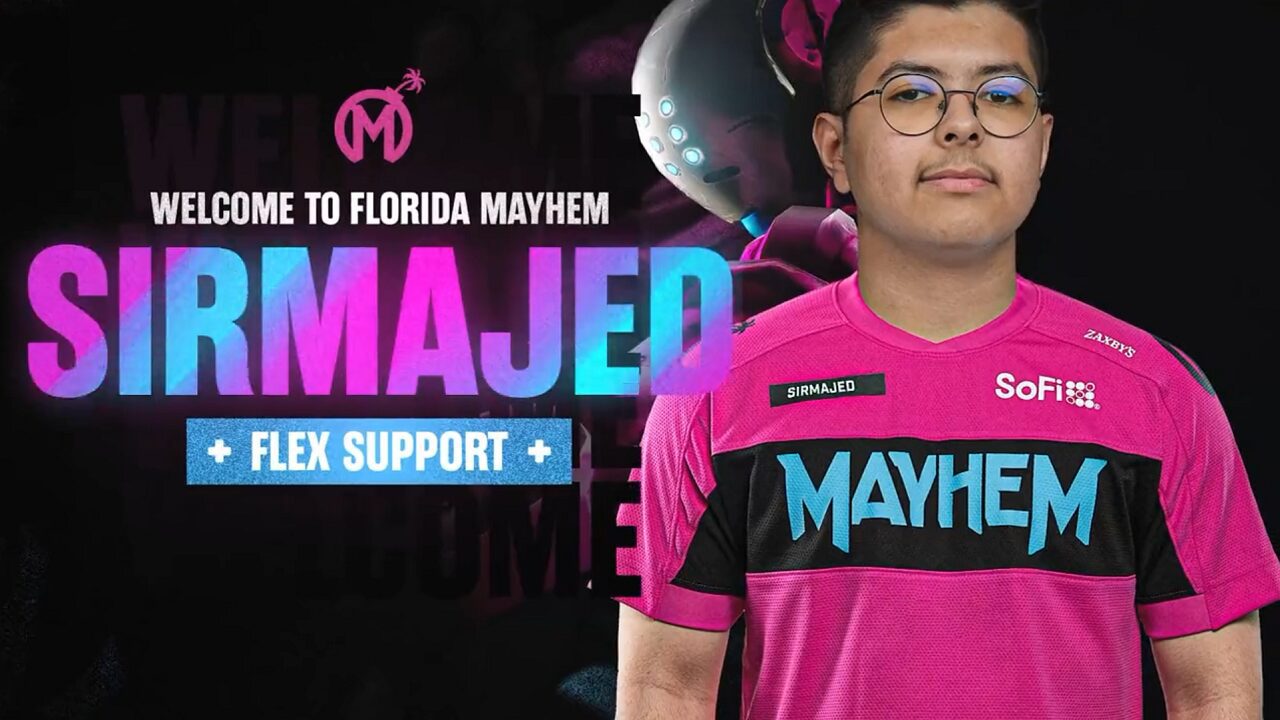 The Florida Mayhem made a surprise signing today in Saudi Arabian flex support Majed "SirMajed" Alrashied for next season.

SirMajed’s path to the Mayhem

In the beginnings of SirMajed’s competitive career, he played in European Open Division for Saudi Arabian team Osh-Tekk Warriors. After a lot of grinding through European competitions with Saudi Arabian teams, he joined the last variation of Clockwork Vendetta to compete in contenders. Then, after they disbanded, he joined his teammates to play for The Ultimates, finishing second in Open Division. SirMajed particularly stood out on Zenyatta but was able to play other flex healers consistently in their wins. After some more play throughout multiple teams in Europe, he stuck on Raspberry Racers, helping them finish fourth in the second 2021 European Contenders season.

Then, SirMajed made a bold decision. He joined a North American Contenders team, despite the fact that he would be playing on ping from across the world. That team was newly made Bobby Wasabi from a core of former American Tornado players. By joining a NA team, SirMajed stood out with his Zenyatta play, despite having a significant disadvantage. That bold decision paid off, granting him third place in the Sept. tournament.

In a league full of primarily two kinds of rosters, full Korean or mixed rosters, this signing marks that Florida looks to build a mixed roster. The team mentioned this with their open tryouts, wanting the team to communicate in English. Plus, the only player they kept from the 2021 season was star DPS player Kim “Yaki” Jun-ki. Now, with SirMajed, the team is starting to come together. With the last Saudi Arabian player in the league, Alhumaidi “KSAA” Alruwaili, he could never make it over to North America and ping issues affected his play. But, even with that hurdle, SirMajed stood out.

As long as the Mayhem can get SirMajed to Florida, this signing adds some potential to their 2022 roster.