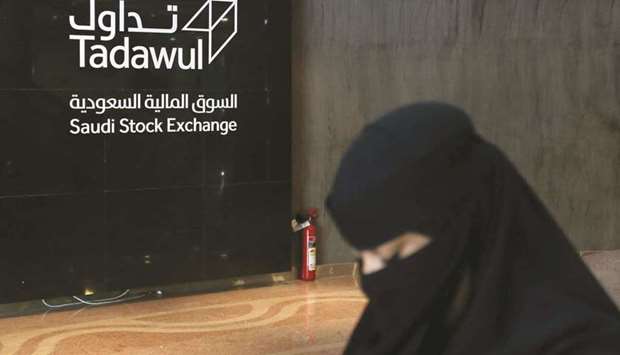 Saudi Arabia’s stock exchange is close to announcing plans for a long-awaited initial public offering that could value it at as much as $4bn, according to people familiar with the matter.
Tadawul, as it is known, may publish details of its IPO as soon as this month, the people said, asking not to be identified because the information is private.

Deliberations are ongoing and no final decisions on timeframe have been taken, they said.

Riyadh has been the hottest market for IPOs in the Middle East in recent years, with new offerings oversubscribed, mostly by local retail and institutional investors. In 2019, the city hosted the $29bn offering of the world’s biggest oil producer, Saudi Arabian Oil Co, with shares being sold mostly to Saudi investors seeking guaranteed dividends.

Last month, Saudi Telecom Co’s Internet-services unit surged on its trading debut in Riyadh after drawing $126bn in orders for its IPO. Plenty more are in the pipeline, including those of Saudi Basic Industries Corp’s specialty chemicals business and cargo firm Saudi Arabian Logistics Co.

An IPO of Tadawul has been on the cards since at least 2016, when it hired HSBC Holdings Plc as an adviser. Things moved a step closer in April as Tadawul changed its corporate structure, creating subsidiaries for its exchange, clearing, depository and technology-services businesses. Soon after it hired Citigroup Inc, JPMorgan Chase & Co, and NCB Capital Co as financial advisers and global co-ordinators for the IPO.

A successful listing of Tadawul would represent one of the largest in the exchange sector since Euronext NV, the operator of markets in countries including Belgium, France, the Netherlands and Portugal, went public through a $1.2bn deal in 2014.

Elsewhere, National Stock Exchange of India Ltd has revived plans for an IPO, while Turkey’s sovereign wealth fund has considered a listing of Borsa Istanbul AS.
Add Comment