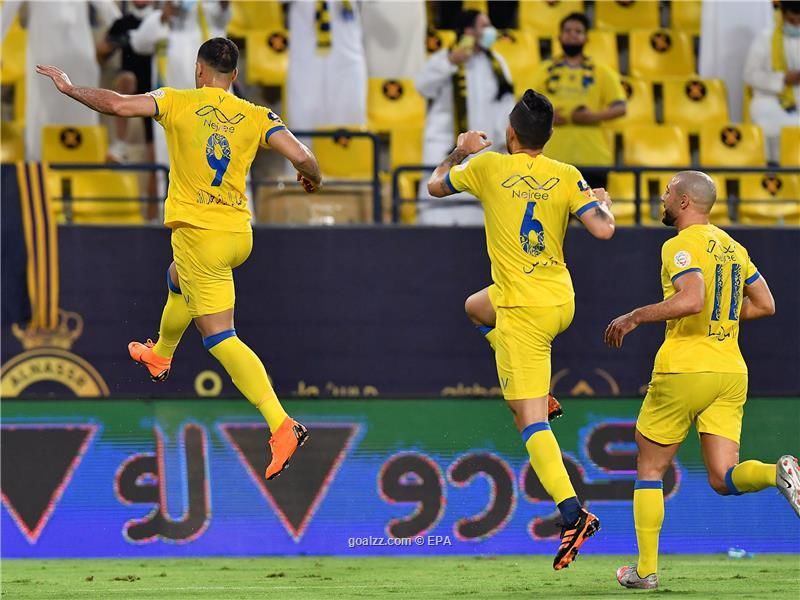 Al Nassr and Al Hilal set up an all-Saudi Arabian semi-final in the Asian Champions League on Saturday as wins over Al Wahda and Persepolis respectively took the Riyadh-based duo into the competition's last four.
The clubs, bitter rivals at domestic level, will face off on Tuesday for a place in the final of the continental championship, with Al Hilal looking for their second title in three seasons.

Leonardo Jardim's team brushed aside a Persepolis side that had been losing finalists in 2018 and 2020, but the Iranians had no answer for the 2019 champions losing 3-0.

Salem Al Dawsari gave Al Hilal the lead in the 27th minute before a Bafetimbi Gomis double in the second half put the result beyond doubt.

Al Dawsari took a searching pass from fellow Saudi Arabia international Mohammed Kanoo in his stride before cutting in on his right foot and firing into the top corner from 25 yards.

Gomis applied the finishing touch to a flowing move five minutes after the restart to double Al Hilal's lead and, with 20 minutes left, the French striker put the result beyond doubt when he stabbed the ball in from the edge of the six yard box.

Earlier in the evening Al Nassr booked their place in the final with a 5-1 dismantling of Al Wahda from the United Arab Emirates, with Uzbekistan international Jaloliddin Masharipov scoring twice.

Al Nassr took the lead when Abderrazak Hamdallah stroked the ball home in the seventh minute before Masharipov doubled the advantage seven minutes into the second half as he curled home from outside the corner of the penalty area.

Abdulfattah Asiri netted from close range four minutes later and Marshirpov claimed his second in the 65th minute, slipping the ball under Mohammed Al Shamsi having been released by Hamdallah.

Saudi Arabia international Sami Al Najaei added the fifth 15 minutes from time when he tapped in unopposed after Ayman Yahya headed Anderson Talisca's ball back across goal, leaving Ismail Matar to head in a stoppage time consolation for Al Wahda.

The quarter-finals for clubs in the east of the continent will be played on Sunday, with defending champions Ulsan Hyundai taking on fellow South Koreans Jeonbuk Motors after another Korean side, Pohang Steelers, face Japan's Nagoya Grampus.

Concerns over international travel due to the pandemic have seen home-and-away fixtures in the knockout rounds replaced by one-off fixtures for this year's competition.

Al Hilal and Al Nassr will meet at Mrsool Park in Riyadh on Tuesday while the semi-final for east Asia will be played in Jeonju in South Korea on Wednesday.

The final will be played in Saudi Arabia on Nov. 23.
Add Comment