Saudi Arabia’s Crown Prince Mohammed bin Salman arrived in Indonesia to participate in the G20 summit as leaders gathered Tuesday morning to discuss a number of issues facing the world, including the war in Ukraine, a global economic downturn and food security, among other topics.

At Ngurah Rai International Airport in Bali, the Saudi delegation was received by Indonesia’s Coordinating Minister for Maritime Affairs and Investment Luhut Binsar. 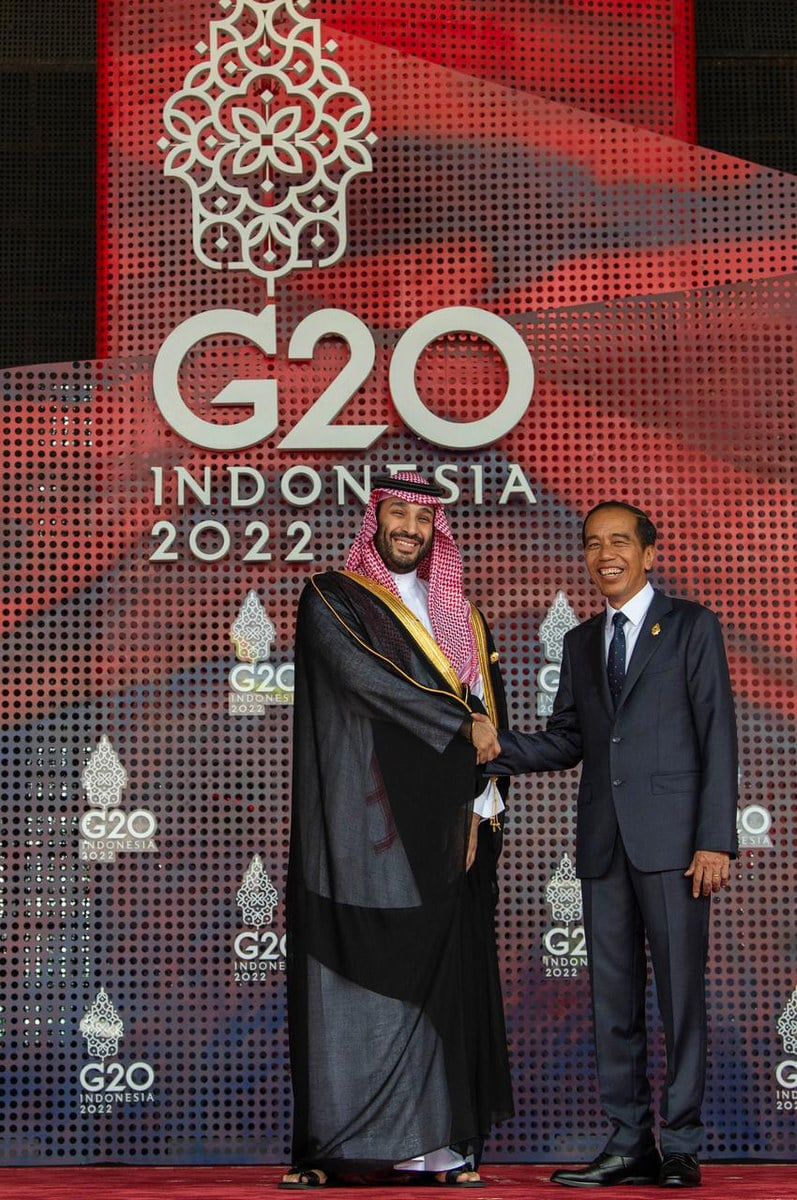 G20 chair Indonesian President Joko Widodo called on Tuesday for unity at the bloc's 2022 summit and said that the group must not allow the world to fall into another cold war and that conflict must end.

If the war did not end, it would be difficult for the world to move forward, he said, without referring directly to the war in Ukraine at his opening speech to the summit. 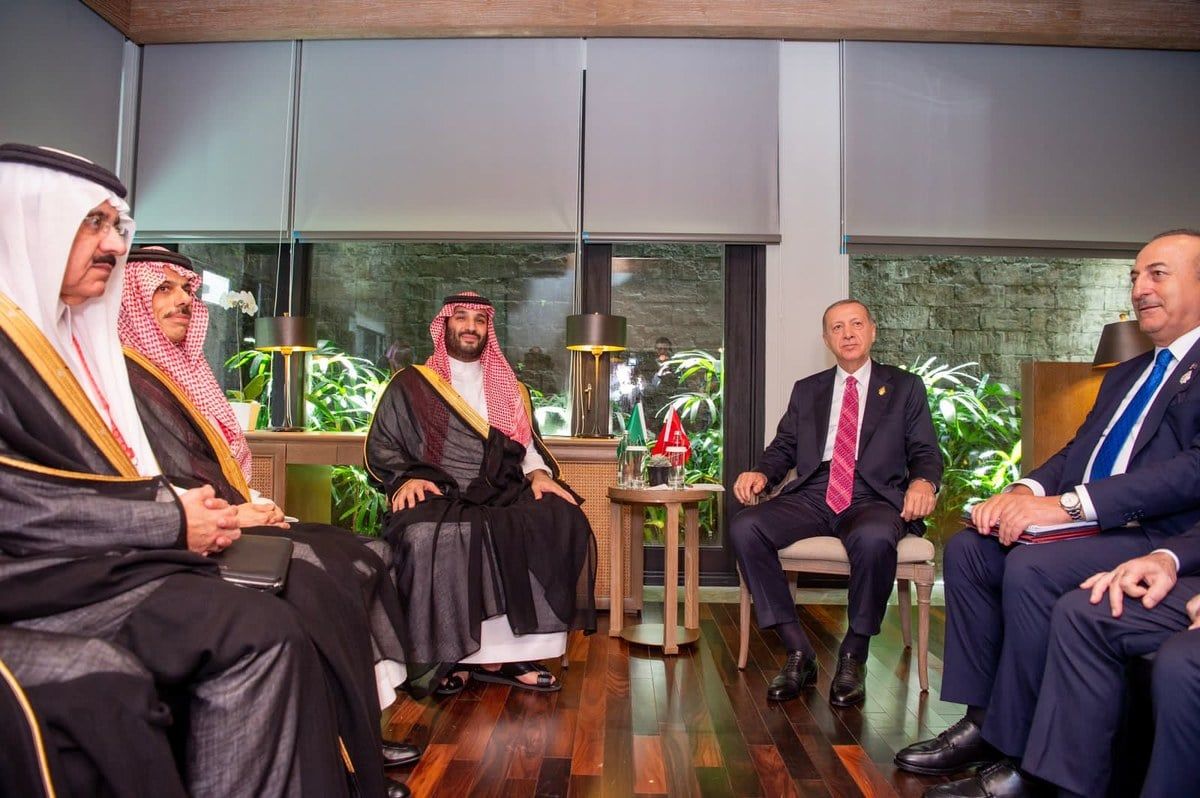 Crown Prince Mohammed bin Salman met with Kristalina Georgieva, the Director General of the International Monetary Fund (IMF), to review bilateral relations and discuss areas of common interest between the Kingdom and the monetary fund.

UK Prime Minister Rishi Sunak met with the Saudi leader at the G20 summit on Tuesday.

The pair shared their concern over threats to peace and security in the Middle East, as well as Iran’s “destabilizing activity” in the region.

Sunak also said he hopes the UK and Saudi Arabia can continue to work together to stabilize energy markets. 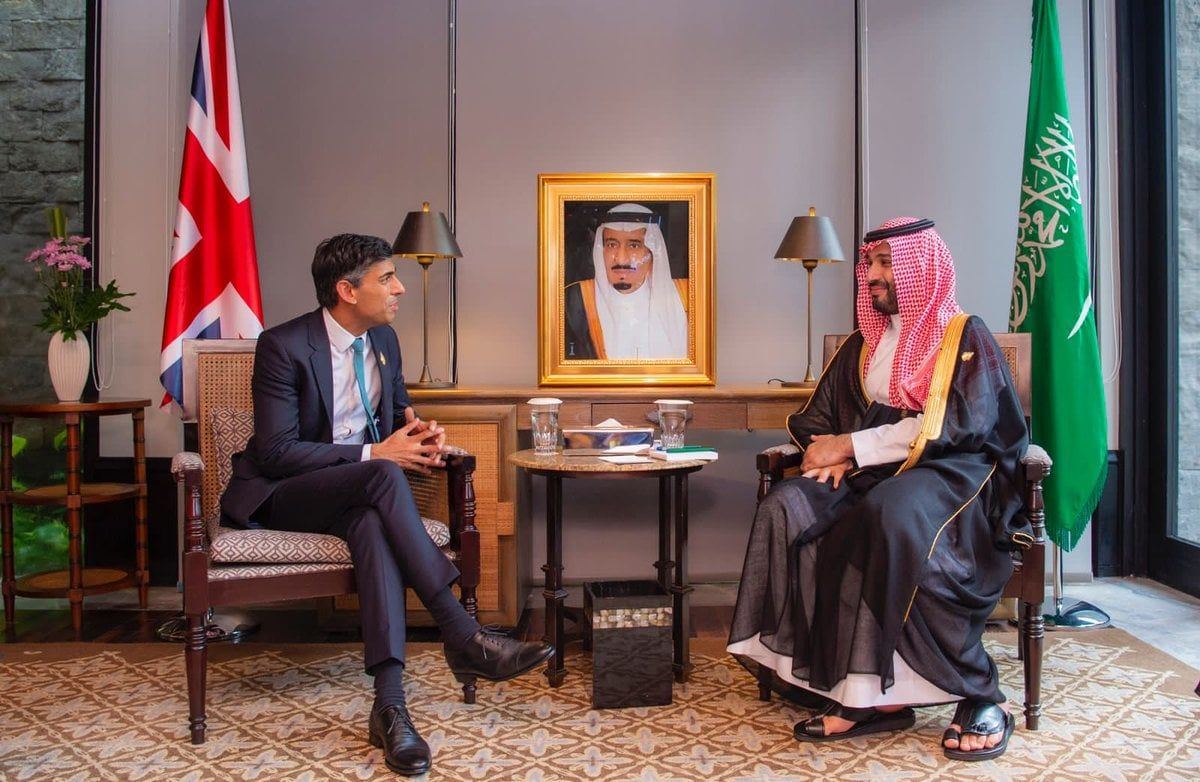 UK Prime Minister Rishi Sunak met with the Saudi leader at the G20 summit on Tuesday. 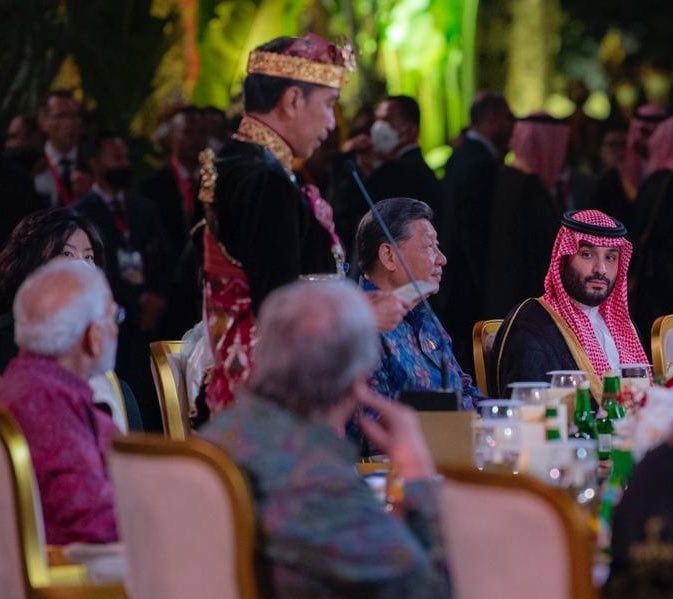 The G20 summit is taking place in Bali, on Nov. 15 and 16, marking the culmination of Indonesia’s presidency of the G20 biggest economies and more than 200 working group meetings and side events held throughout the year.

World leaders meet to discuss key issues affecting the stability of the global market, with talks likely to be affected by tensions over the war in Ukraine and its economic fallout.