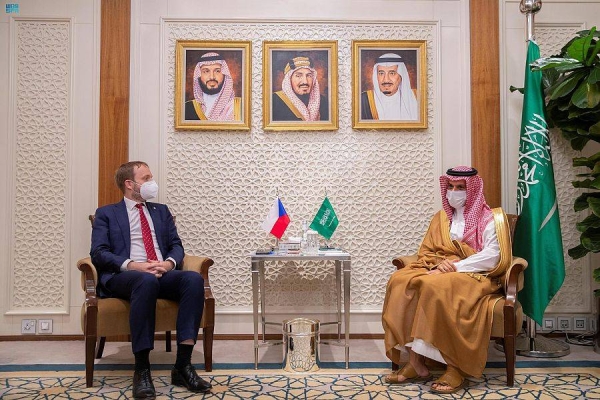 Foreign Minister Prince Faisal Bin Farhan received Czech Republic Foreign Minister Jakub Kulhánek here Wednesday.
During the meeting, they reviewed bilateral relations and ways to enhance them in all fields to serve the aspirations of the two countries.

The talks session dealt with ways to consolidate the partnership between the two countries in light of the Kingdom’s Vision 2030.

The talks also covered the Kingdom’s regional and international efforts to preserve the planet and the content of the announcement of Crown Prince with regard to the Green Saudi Arabia and the Green Middle East initiatives.