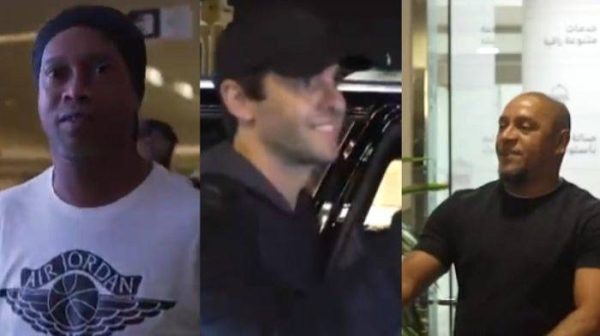 Ronaldinho, Kaká and Roberto Carlos, some of the most shining names in world football, arrived in Riyadh on Thursday morning to participate in the "Star Return Match".

Saudi football fans will witness an interesting match, full of memories and nostalgia, with one of the most talented players in the world. The chairman of the Board of Directors of the General Entertainment Authority (GEA), Turki Al-Sheikh, announced the arrival of the players who will participate in the Star Return Match, which will be held for the first time in the Kingdom.

The Star Return Match is considered as one of the activities of the Riyadh Homecoming Festival, which coincides with the return to schools period. The details of the match have not yet been revealed.

The Riyadh Homecoming Festival started on 23 August, and will run till 5 September.