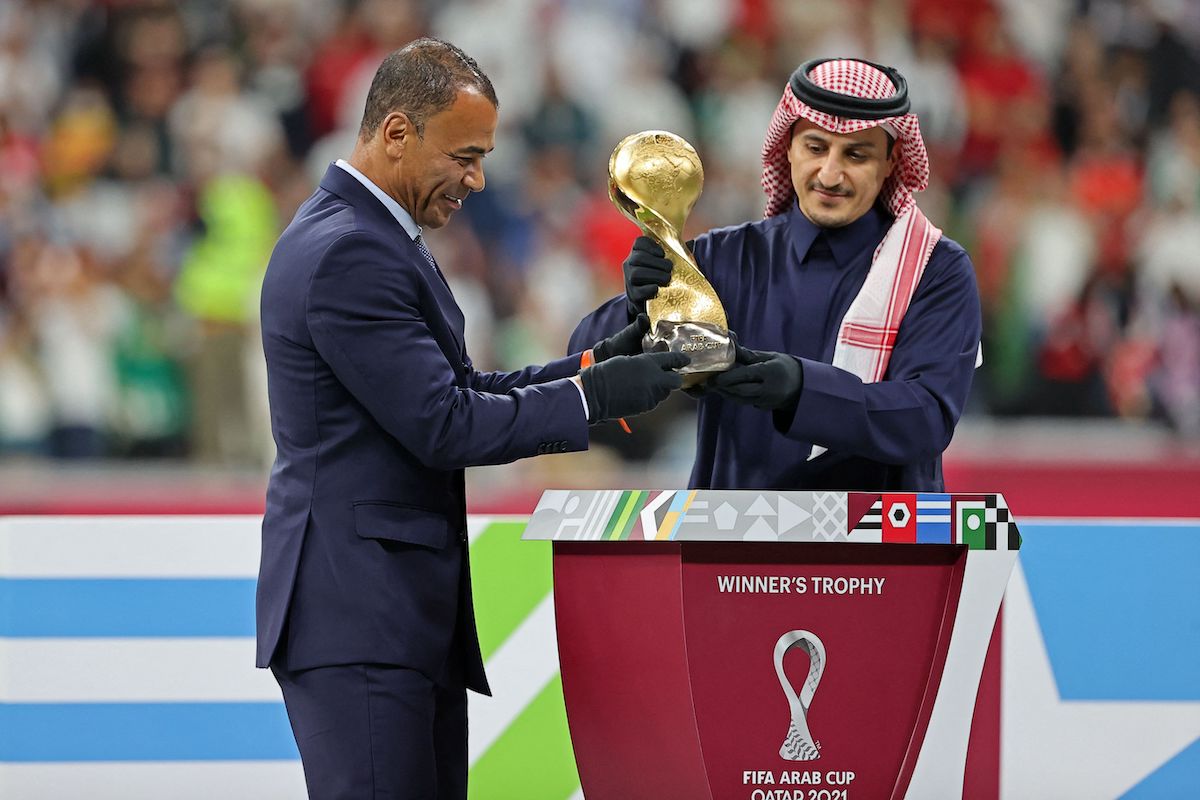 A Saudi Arabian footballer is among several other players who scribbled out the Israeli flag from their uniform ahead of an exhibition match between former stars from Arab countries against those from around the world.

Nawaf Al-Temyat of Saudi Arabia playing for the FIFA Arab Legends team was spotted on social media with an inked out Israel flag on his jersey which included all 211 FIFA member states. He was joined by other players including Syria's Firas Al-Khatib, Younis Mahmoud of Iraq and a Qatar journalist Mohammed Sa'adoun who was also taking part in the game, hosted in Doha.

The Arab Legends team went on to beat the World Legends team, which included the likes of Yuri Djorkaeff, Marcel Desailly, Cafu and Andrea Pirlo in a penalty shootout.

It was also reported that three former Algerian players were to play in the match but boycotted the game after discovering that Israeli Avram Grant was the coach for the opposition. Rabah Madjer, Rafik Saïfi and Rafik Halliche all pulled out of the match in protest of the former Chelsea manager's involvement.

The manager of the Algerian team which won the Arab Cup, Madjid Bougherra said the victory was dedicated to the "Palestinian people, especially to the people of Gaza".

Fans of both Algeria and Tunisia waved their national flags in addition to Palestine flags, and comes after Algerian players raised the flag after beating Morocco in the semi-finals, while Tunisian players did the same after beating Egypt ahead of the final.