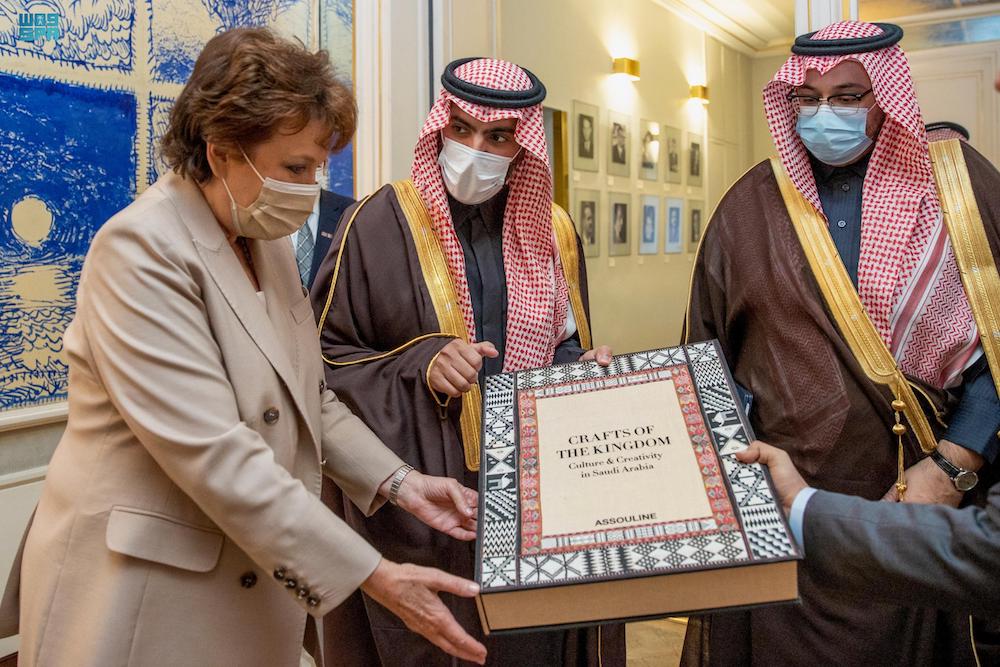 Minister of Culture Prince Badr bin Abdullah bin Farhan Al-Saud met French Minister of Culture Roselyne Bachelot-Narquin in Paris on Monday.
It was part of his visit to France to strengthen cultural cooperation between the two countries, and to participate in the 41st session of the general conference of the United Nations Educational, Scientific and Cultural Organization.

During the meeting, the Saudi minister praised the strong and strategic relations between the Kingdom and France, including the cultural aspect. He congratulated the French minister for the nomination of Audrey Azoulay for another term as director general of the UNESCO between 2021 and 2025.

The Saudi minister discussed ways to strengthen cultural cooperation between the two countries including in heritage, exchange programs and the Historic Jeddah Revival Project, in addition to research and capabilities development. The two sides agreed on the importance of accelerating cooperation and cultural exchange.