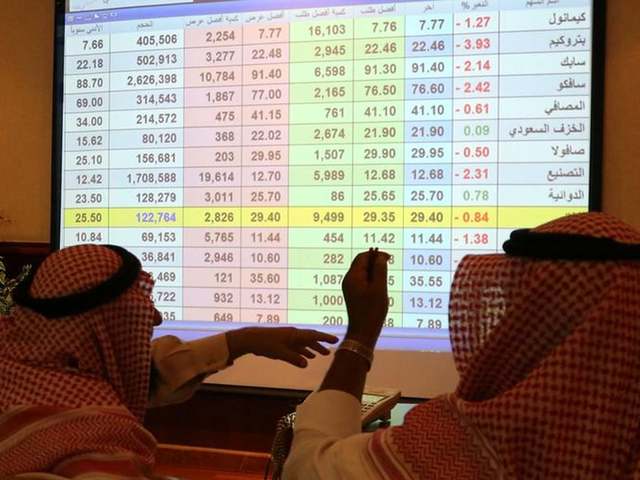 Saudi Arabia's stock market edged up to its highest in nearly 14 years on Wednesday as oil prices rose, while performances across other major Gulf bourses were mixed.
Oil hit a multi-year high above $83 a barrel, supported by an OPEC+ refusal to ramp up production more rapidly against a backdrop of concern about tight energy supply globally.

Aramco will complete its 1 million barrel per day (bpd) oil output expansion project by 2027 to bring its total production to 13 million bpd, its CEO said on Monday.

Aramco also aims to expand its oil trading business to 8 million bpd over the next five years from its current 5.5 million bpd, he added.

Saudi Arabia's non-oil private sector grew in September, with new orders rising at the fastest rate in seven years, a business survey showed, as a relaxation of COVID-19 restrictions on activity and travel boosted customer demand.

In Abu Dhabi, the index fell 0.4%, weighed down by a 1.3% fall in the country's largest lender First Abu Dhabi Bank and a 0.4% drop in Emirates Telecommunications Group .

The Dubai market remains under pressure as investors try to secure their gains and weigh the impact of the global economic slowdown on the local market, said Wael Makarem, senior market strategist at Exness.

"Concerns remain around the global economic slowdown and inflation levels, which are becoming more durable and are further fueled by energy prices. Resilient inflation could push central banks to amend their monetary policy ahead of schedule."

Outside the Gulf, Egypt's blue-chip index finished 0.9% higher, led by a 2.4% rise in Commercial International Bank.