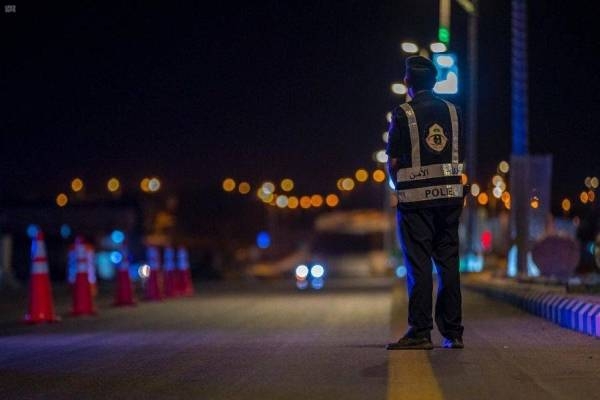 The Criminal Investigation Wing of the Police in the Taif governorate arrested a young Saudi citizen who was accused of brutally killing his newly married wife by smashing her head with a stone and running over her with his car on the Hawiya-Taif Road.
According to the police sources, the man in his 30s was returning with his wife from one of the governorates on his way to Taif, and when they arrived near a fence, he stopped the vehicle and hit his wife with a rock, leaving her in a pool of blood on the roadside and fled the scene with his car.

The security forces and the Red Crescent Authority teams rushed to the scene after receiving information from passers-by about the presence of a young woman in a pool of blood on the side of the road.

The Criminal Investigation Wing of the Taif Police launched a massive manhunt to catch the culprit. They succeeded in tracking the vehicle though the man had turned off his phone and fled from the scene in a bid to hide.

The man, however, surrendered without resistance when the security forces surrounded him in Al-Zima area in Makkah and arrested him.

The spokesman of Makkah police said that police received information on Aug. 4 about the crime when the young man threw his wife out of his car before smashing her head with a rock and then ran his car over her. The woman was found dead on the scene, the spokesman added.
Add Comment