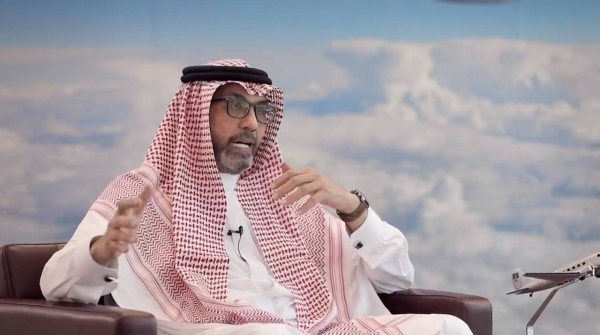 Boeing President in Saudi Arabia: "This occasion reflects the Kingdom's ancient past, its present, which we are proud to be a part of, and its prosperous future, which we aspire to."
Engineer Ahmed Abdel Qader Jazzar, President of Boeing Company in the Kingdom of Saudi Arabia, extended on his behalf and on behalf of the company’s employees sincerecongratulations to the Custodian of the Two Holy Mosques King Salman bin Abdulaziz, His Royal Highness Prince Mohammad bin Salman, Crown Prince, Deputy Prime Minister and Minister of Defense and the citizens of Saudi Arabia on the occasion Anniversary of the 92nd National Day.

And Eng. Jazzar stated that Boeing is proud of the partnership with the Kingdom of Saudi Arabia which established over 77 years ago, and we are committed to support Vision 2030 goals and developing the aviation, defense, and space sectors, as well as the services that go with them, by increasing our local investments and localizing other activities. What technology has accomplished, the breadth of our projects with national partners, and our work on massive industrial projects that help create job opportunities for Saudi youth and contribute to the economic and social well-being of the communities.

This year, Boeing announced several national contributions in partnership with our local partners. In March, Boeing was delighted to sponsor and showcase its products and services in the inaugural World Defense Show, a new platform for the defense sector, that was held at a new, purpose-built facility outside of Riyadh. At WDS, we have announced a preliminary agreement with SAMI to work together through a limited liability company to provide maintenance, repair and overhaul and sustainment services for military rotary platforms currently operated in the Kingdom.

In May, Boeing took part in the first ever Future Aviation Forum in Riyadh, and we were happy to be present for the announcement of the new National Aviation Strategy for Saudi Arabia by the Saudi Minister of Transport. The ambitious strategy, which includes major investment in aviation infrastructure, will see Saudi Arabia transport 300 million passengers, and five million tons of freight reaching 250 destinations by 2030. Boeing is honored to play its part in achieving this goal and we extend all support to government in this regard.

More recently, on the sidelines of the official visit to Saudi Arabia of the President of the United States, Joe Biden, Boeing signed an MOU with the Saudi Ministry of Investment (MISA) to explore manufacturing capabilities in aviation grade materials in the Kingdom, in line with Saudi Vision 2030 objectives of expanding Saudi Arabia’s advanced industrial sector.

Through social responsibility programs, Boeing is proud to support education, health, human services, and women's empowerment in the Kingdom. The company contributes to local communities by investing in Math, Science, Engineering, and Technology (MSET) programs that help students prepare for future challenges and realize their dreams.

In conclusion, Boeing is committed to Saudi Arabia, and to being a part of the Kingdom’s sustainable development, economic diversification and growth, and contributing to the future prosperity and happiness of the Kingdom.
#Joe Biden
Add Comment