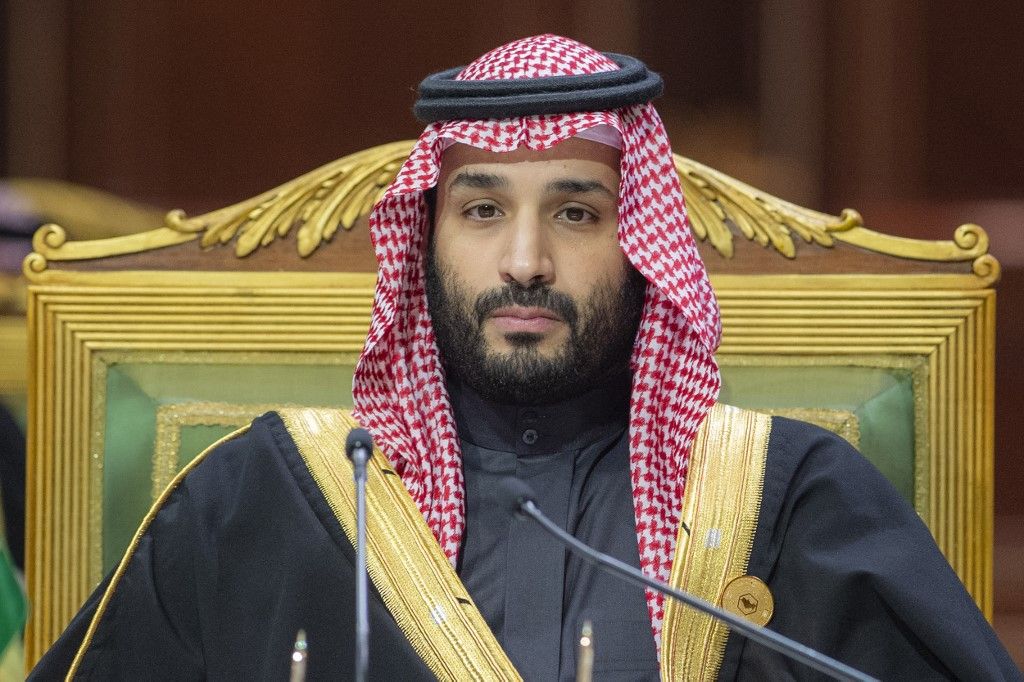 Saudi Crown Prince Mohammed bin Salman on Tuesday called for an "effective and serious" approach to Iran's ballistic and nuclear program, during a Gulf summit in Riyadh.

The de facto ruler was representing his country at the Gulf Cooperation Council (GCC) meeting, which brought together Saudi Arabia, the UAE, Bahrain, Kuwait, Oman and Qatar. His 85-year-old father King Salman did not attend.

"It is important to have an effective and serious approach to Iran's nuclear and ballistic program," the crown prince told the summit.

Last month, the United States and GCC countries accused Iran of causing a nuclear crisis and destabilizing the Middle East with ballistic missiles and drones.


They urged the Iranian administration to seize the "diplomatic opportunity" stemming from the resumption of talks in Vienna aimed at salvaging a 2015 nuclear agreement between Iran and world powers.

In 2018, former president Donald Trump unilaterally pulled the US out of the accord, which provided Iran with sanctions relief in return for curbs on its nuclear program, prompting Tehran to begin rolling back on its commitments.

After a five-month pause, the talks resumed on November 29 but are hanging in the balance.

In a final summit communique, the GCC countries agreed on "the importance of coordinating to achieve a unified and effective foreign policy that protects the interest of the Gulf peoples".

They also agreed on the need to "diversify" their economies, which rely heavily on oil and gas.

The summit comes almost a year after Saudi Arabia and the United Arab Emirates, Bahrain and Egypt agreed to restore relations with Qatar, after severing ties with Doha in 2017.

Shiite-majority Iran and its Sunni rival Saudi Arabia have held several rounds of talks since April aimed at improving ties since they cut relations in 2016.