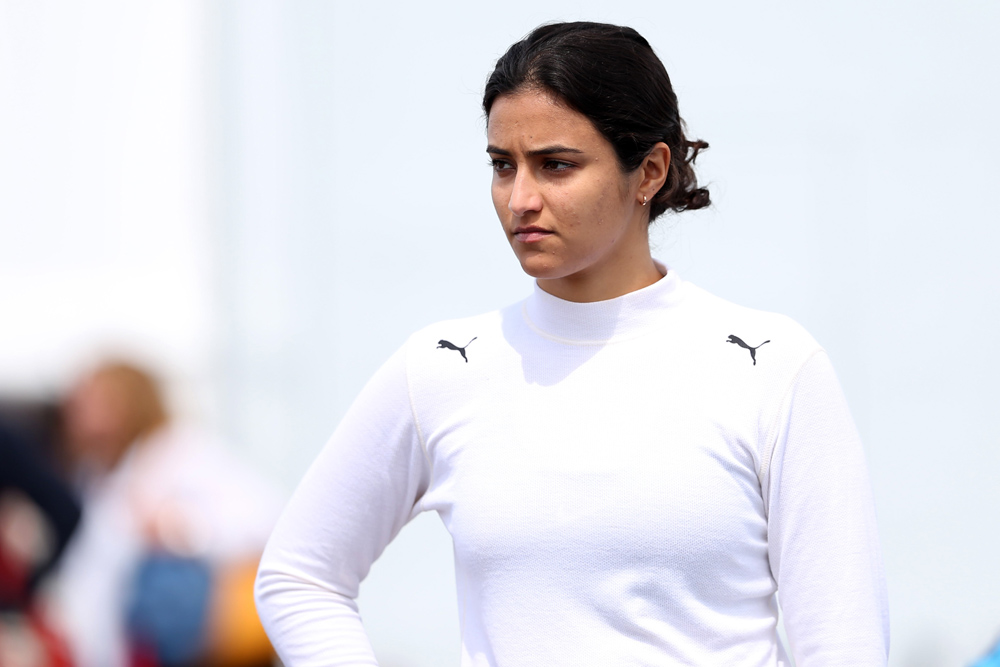 Saudi racing star Reema Juffali announced on Wednesday that she will compete at next month’s 24 Hours of Dubai.
The 29-year-old will represent SPS automotive performance in the 24 Hours of Dubai race, which has established itself as one of the first highlights of the year on the motorsport calendar.

Juffali will be behind the wheel of the Mercedes-AMG GT3 in the GT3-Am class at the Dubai Autodrome on Jan. 14, 2022 on a track that will feature more than 80 cars.

Speaking about her next step in her motorsport career, Reema said: “I’m delighted to announce that I’ll be contesting the 24 Hours of Dubai with such an incredible team at SPS. I’m really looking forward to getting back behind the wheel of the Mercedes-AMG GT3 — it’s an absolute beast of a car and I’ve seen really strong results in testing.”

“I’ve made no secret of my passion for endurance racing so to be kicking off my 2022 racing campaign with my first ever 24 hour race definitely feels like massive progress,” she said. “To be competing so close to home on a track where I started my racing career is going to make it even more special for me.”

Juffali makes the switch to endurance racing following a strong showing for Douglas Motorsport in the single-seater British F3 Championship during 2021. Earlier this month she was named the official ambassador of the 2021 Formula 1 STC Saudi Arabian Grand Prix — a role that saw her represent her home city of Jeddah, which hosted the first Formula 1 race in Saudi Arabia.

The Saudi driver is part a strong line-up team that will be aiming to secure victory in the class. Her team-mates in this category include Valentin Pierburg, runner-up in the Pro-Am class of GT World Challenge Europe, and former winner of the Am-class at the 24 Hours of Dubai, as well as George Kurtz, who has been competing successfully in GT World Challenge America for a number of years and has twice driven for SPS automotive performance in the 24 Hours of Spa-Francorchamps.