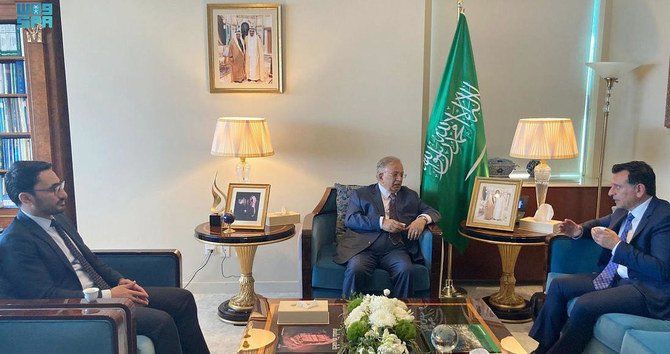 The Kingdom’s permanent representative to the UN, Abdallah Al-Mouallimi, met on Friday his newly appointed Jordanian counterpart, Mahmoud Daifallah Hmoud, at the headquarters of Saudi Arabia’s mission in New York.
Both parties discussed common issues and important international topics during the meeting.

Al-Mouallami welcomed the Jordanian ambassador, stressed the bonds of affection, brotherhood and common interests that brought the two countries together.

Faisal Al-Haqbani, the first secretary of the Kingdom’s permanent mission to the UN, also attended the meeting along with Tafoul Al-Aqbi, the media officer of Saudi Arabia’s mission.
Add Comment