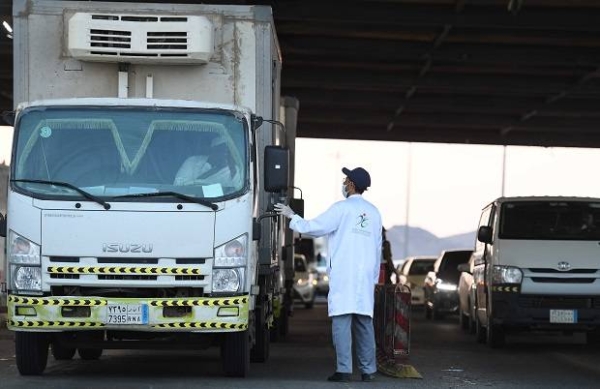 The authority said that establishments can now apply to join the initiative through approved ports in Makkah.

The authority's initiative comes with the aim of helping to facilitate the examination to ensure that the special transportation means for foodstuffs during Hajj meets the approved requirements and conditions.

The period for receiving applications through the approved ports will start from 16/10//1443 AH and will continue until 16/11//1443 AH, the authority noted.

The SDFA has confirmed that all food and water transportation of the establishments who are subjected to the authority' monitoring can also join the initiative.

The authority said the establishments seeking to join the initiative should ensure the safety of transportation and meet the health and technical requirements stated in circulars issued by the authority.

The facility will be notified of the final result if the application is accepted via emails.

The authority invited those wishing to join the initiative to visit the website: https://surveys.sfda.gov.sa/zs/BABUmz

It has also called everyone to communicate via e-mail in case there are any inquiries: foodtrans@sdfa.gov.sa