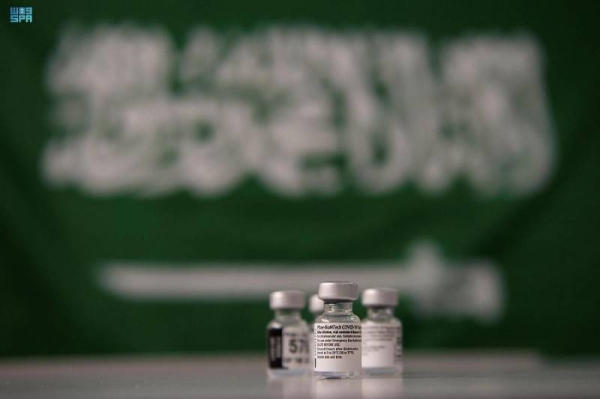 The Saudi Food and Drug Authority (SFDA) confirmed the safety of all doses of the Moderna COVID-19 vaccine mRNA-1273 in the Kingdom.
The official spokesman of the Authority, Tayseer Al-Mufarrej, stressed that the suspended batch as a precaution in Japan carries different batch numbers from the ones exported to the Kingdom.

He said to Al-Arabiya that the Food and Drug Authority conducted tests on the shipments imported to the Kingdom, and the results proved their safety.

"The authority received a report from the Japanese side detailing the batch that was suspended to them through the International Alliance of Pharmaceutical Regulatory Authorities (ICMRA) with batch numbers, and it was confirmed that they were not in the Kingdom."

Al-Mufarrej explained that the authority examined several samples from all shipments of vaccines imported by the Kingdom, including the Moderna vaccine, and the results proved the safety of all batches imported to the Kingdom.

"The Japanese Ministry of Health took the decision to suspend Moderna as a precaution, and there are no reports of cases affected by it," he added.

On Tuesday, Japan has suspended the use of more than 1.6 million doses of Moderna COVID-19 vaccine made in Spain over contamination fears.
#covid 19  #vaccine  #covid  #vaccines
Add Comment