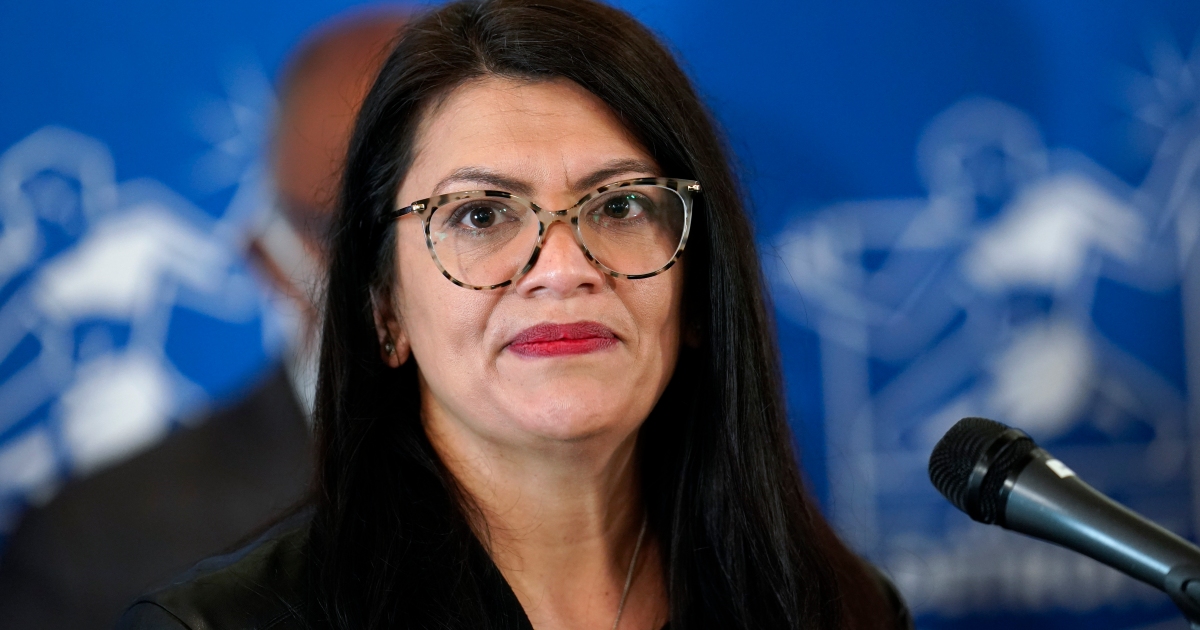 Shireen Abu Akleh: Who said what in US Congress on slain reporter

Many US lawmakers condemned the killing of Abu Akleh and called for an investigation, but few mentioned Israel by name.

In a United States Congress that is largely unconditional in its support for Israel, many lawmakers have condemned the killing of Al Jazeera journalist Shireen Abu Akleh, who was fatally shot by Israeli forces on Wednesday.

Still, few Congress members mentioned Israel by name as the perpetrator of the deadly incident, while some legislators who serve in leading roles on foreign policy and press freedom panels ignored the shooting altogether.

Congresswoman Rashida Tlaib, a Michigan Democrat, has been the most outspoken.

The progressive lawmaker, who is of Palestinian descent, called for a moment of silence for the slain journalist on the floor of the House of Representatives on Wednesday and condemned the killing in several statements and media appearances.

“An American journalist clearly marked with press credentials was murdered. Doing and saying nothing just enables more killings,” she wrote in a tweet directed at President Joe Biden, invoking US military aid to Israel, which totals $3.8bn annually.

“Whether you’re Palestinian, American, or not, being killed with US funding must stop,” Tlaib said.

In a TV interview with Al Jazeera later on Wednesday, she also called for a US-led probe into the incident.

“We need to investigate, ourselves, the killing of an American citizen. Somebody that was out there being a guardian of truth and doing her job was murdered by an apartheid government that we continue to fund with unconditional aid,” she said.

Abu Akleh was a US citizen – a fact emphasised by several American officials.

“Restrictions on aid may be necessary if human rights and universally acceptable norms can’t be followed,” he wrote on Twitter.

The congressional statements on the killing of Abu Akleh came from Democratic Party lawmakers, most of whom are part of the party’s progressive wing.

Al Jazeera was not able to find any statement by Republican legislators denouncing the killing.

Ilhan Omar, a left-wing, Muslim-American member of the House, was unambiguous in blaming Israel for the Palestinian journalist’s killing.

“She was killed by the Israeli military, after making her presence as a journalist clearly known,” she wrote on Twitter. “We provide Israel with $3.8 billion in military aid annually with no restrictions. What will it take for accountability for these human rights violations?”

Omar’s fellow Muslim lawmaker Andre Carson also called on the US government to “hold the Israeli government accountable for this and all other acts of unjust violence it commits”.

Several top Democrats joined progressive members of the party in paying tribute to Abu Akleh and calling for an investigation, but they did not point the finger at Israel.

“A thorough, objective investigation is needed now. Congress is committed to the defense of press freedoms worldwide and protection of every journalist, particularly those in conflict zones.”

Senator Ben Cardin, a senior Democrat and outspoken backer of strong US-Israel ties, said he was “disturbed” by the killing of Abu Akleh.

“Abu Akleh’s death is an attack on a journalist who was wearing her press gear,” he said in a statement. “No journalist should be killed while simply doing their job. I strongly condemn her death and call for an independent and thorough investigation into the incident.”

So did Senator Chris Murphy of Connecticut. “Veteran American journalist Shireen Abu Akleh was simply doing her job when she was shot and killed early this morning,” he said in a statement on Wednesday.

“Her heartbreaking death should be considered an attack on freedom of the press everywhere. There must be a thorough investigation and full accountability for those responsible.”

Adam Schiff, chair of the House Intelligence Committee and co-chair of the Congressional Caucus for the Freedom of the Press, also called the fatal shooting of the Palestinian-American journalist a “terrible tragedy”.

“The Israeli military must conduct a thorough and objective investigation into Abu Akleh’s death, and be transparent about its findings,” Schiff said in a statement. “My prayers are with her family, with her colleague, Ali Al-Samudi, who was also wounded, and with members of the press everywhere who risk their lives to bring us the truth.”

Palestinian rights advocates have rejected calls by US officials for Israel to conduct its own investigation, arguing that the Israeli government should not be trusted to hold itself accountable for alleged war crimes.

Steve Chabot, the Republican co-chair of the Press Freedom Caucus, has not released any formal statement about the killing on his congressional webpage or social media accounts. His office did not return Al Jazeera’s request for comment by time of publication.

Congressman Andy Levin, a Jewish-American representative from Michigan, who is facing off in a primary against fellow Democratic incumbent Haley Stevens after redistricting, said he was “horrified” by the killing of Abu Akleh.

“Globally, in places as diverse as Palestine, Mexico and Russia, the international community must come together to defend the rights of the free press,” he wrote in a series of tweets.

Stevens, who is backed by numerous pro-Israel groups, including the American Israel Public Affairs Committee (AIPAC), has said nothing about the incident on her social media accounts or on her congressional website.

Debbie Dingell, another Michigan legislator, who represents a large Arab-American community, said press freedom is “paramount in any democracy”.

The fatal shooting of Abu Akleh coincided with a busy week in Washington, which is preoccupied with domestic issues, including a baby formula shortage and a failed attempt to pass legislation protecting abortion rights.

Ro Khanna, a House progressive representing a district in California, wrote in a social media post, “The killing of American journalist Shireen Abu Akleh is devastating and a blatant assault on the freedom of the press.”

New York Representative Yvette Clarke said the killing is “yet another reason why we need a path to a two-state solution in the region”.

Congresswoman Marie Newman, who often criticises Israeli abuses against Palestinians, said she was “extremely concerned by reports that Al Jazeera reporter Shireen Abu Akleh was shot and killed by Israeli forces while wearing a press vest and reporting in the West Bank”.

“We must protect the press and hold those accountable for this heinous crime,” she wrote on Twitter.

Congresswoman Betty McCollum, who has championed Palestinian human rights in Congress and introduced bills to restrict US aid to Israel, also said the killing must be “condemned and investigated”.