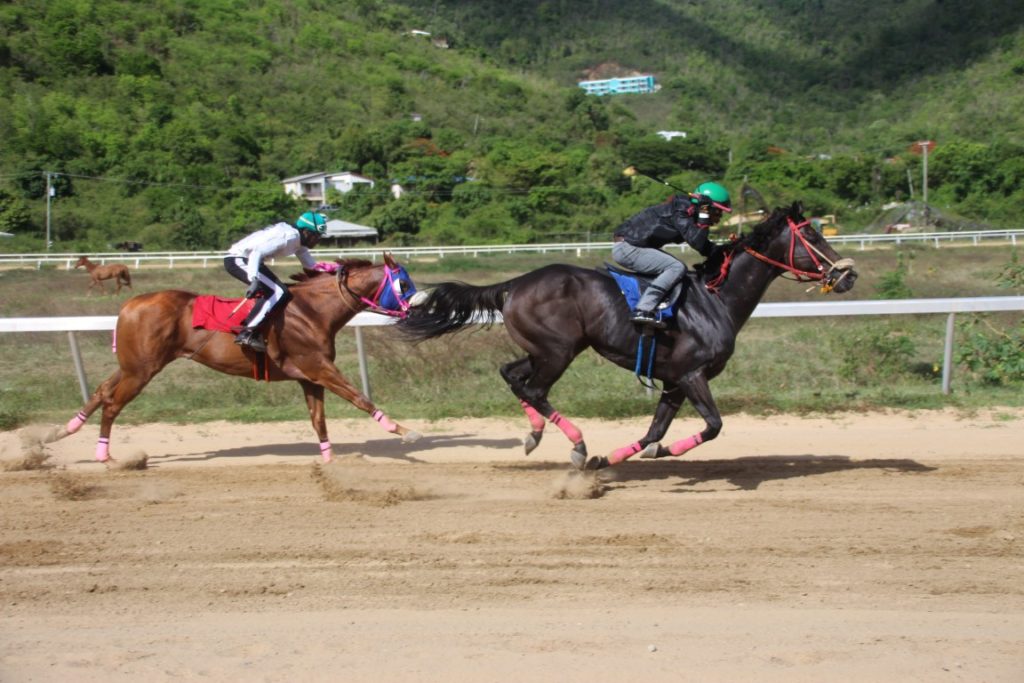 President of the BVI Horse Owners’ Association, Lesmore Smith, has suggested shifting horse racing to the island of Anegada.

Smith made that recommendation following a directive issued by the government recently halting races scheduled for the upcoming weekend and any upcoming activities at the Ellis Thomas Downs track, where horse racing is usually kept on Tortola.

Smith told JTV News recently that the most appropriate way forward given the impasse with the government and the current property owner at Ellis Thomas Downs would be for the government to acquire a plot of land or use its own.

According to Smith, the current track at the Ellis Thomas Downs is only a four-furlong track and a proper track may require some 15 acres of land. He noted this will be inclusive of stables for the horses, grandstands, and a running surface.

“The only place that I know that government would have that available land would be Anegada, that’s being honest, flat (land),“ Smith stated.

Smith said that another plot of land near the current track was previously looked at, but this also belongs to another landowner and would require further negotiations by the government to acquire the plot.

He said if horse racing is taken to Anegada, then a ‘Belmont situation’ can be created. Smith pointed to Dubai and other locations and noted that horse racing is one of the biggest sports in the entire world.

“It’s a lot of money involved, and now we have the parimutuel betting situation, the game act being passed … We could hold probably the Caribbean Classic, but we’d have someplace to be able to do that,” Smith expressed.

He further argued that the Anegada economy can be developed with the addition of more homes and hotels.

He also said St Thomas just opened the door for the rest of the Caribbean to visit the USVI visa-free, so this presents an opportunity for moving the people of the Caribbean around, and helping to build and grow the BVI economy.

“A possibility to make it happen is there,” Smith said, “it’s just for us to open our eyes and we just got to decide we are going to go and do it.”

He continued: “So it’s a challenge, and it’s going to take a lot of guts to go to the challenge, but if we intend to make the economy work, we’re going to have to find other means of being able to create a better tourism product by having people move.”