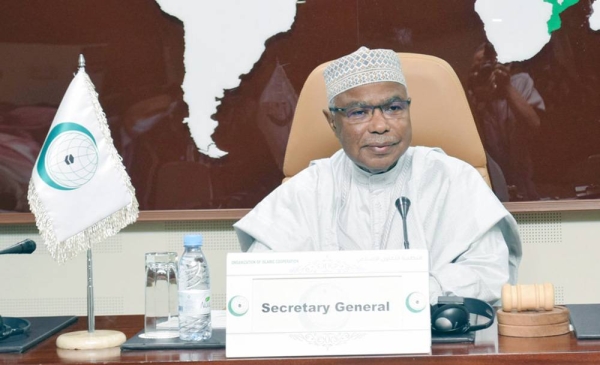 Taha: Organization is working towards achieving 25% intra-OIC trade by 2025

The Organization of Islamic Cooperation (OIC) Secretary-General Hissein Brahim Taha has stressed that the organization has set a target of achieving 25% intra-OIC trade among member states in the next three years by 2025.
He added that the amount recorded for trade financing, business insurance operations and support for private sector activities have reached a cumulative amount of $140 billion since the inception of the International Islamic Trade Finance Corporation (ITFC), the Islamic Corporation for Insurance of Investments and Export Credit (ICIEC), and the Islamic Corporation for the Development of the Private Sector (ICD).

This was disclosed in a statement by the Secretary-General, delivered on his behalf by the Assistant Secretary General for Economic Affairs Dr. Ahmad Kawesa Sengendo during the opening ceremony of the 17th OIC Trade Fair, held in Dakar, Senegal, on June 13, 2022.

“It is my hope and prayer that this trade fair will contribute effectively towards moving intra-OIC trade from 18% seen in 2021 to 25% by 2025,” said the OIC Secretary-General.

“I urge all our trade promotion agencies to continue to collaborate with the entire OIC family towards the realization of this achievable target,” he added.

The Secretary-General noted that, the staging of the biennial general trade fair and the regular convening of specialized trade fairs represent an important instrument for promotion of trade and services among the OIC member states.

He added that this becomes even more important given the disruptions to trade caused by COVID 19 pandemic, and the global food crises caused by a cocktail of challenges.

Taha also emphasized that the tourism sector represents effective and inclusive cooperation in appreciable expansion of intra-OIC trade. In this context, he called on all member states to actively participate at the upcoming 11th Islamic Conference of Tourism Ministers (ICTM) to be held in Baku, Azerbaijan, on June, 27-29, 2022.
#COVID-19  #Covid
Add Comment