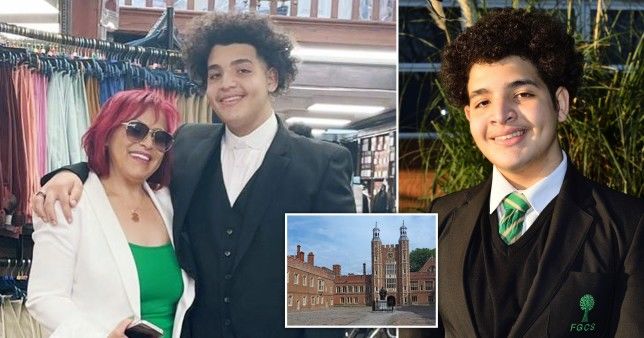 A teenager who is a carer for his mum in their council flat has secured his ‘end game’ of a place at Eton with a stunning haul of GCSE grades.

Ilyan Benamor, 16, had previously landed an £80,000 scholarship at the prestigious college, which had included attending a three-day assessment.

The stellar results he opened today mean he has now secured the final piece in the jigsaw allowing him to join the children of the elite at the school, whose alumni include Princes William and Harry and politicians including David Cameron and Boris Johnson.

The school leaver’s background is in sharp contrast to many of the illustrious boarding school’s well-heeled pupils.

He has been the sole full-time carer for his mum, Lalia Chikhaoui, since she was diagnosed with cancer when he was aged nine.

Ilyan nevertheless fitted in his homework, with his results including four nines, the equivalent of A stars, in English literature, French, business and RE at Forest Gate Community School in east London.

Studying in Berkshire will mean a break from his duties as a carer for Laila at their home in Stratford, one of the most deprived areas of the city.

During term time, the family have organised for Lalia’s brother to come over to the UK from Algeria to take on the teen’s caring responsibilities.

Although he could have applied to other elite schools, such as the City of London School or Westminster, he said ‘Eton was always the end game’ because of the support he received from his teachers. 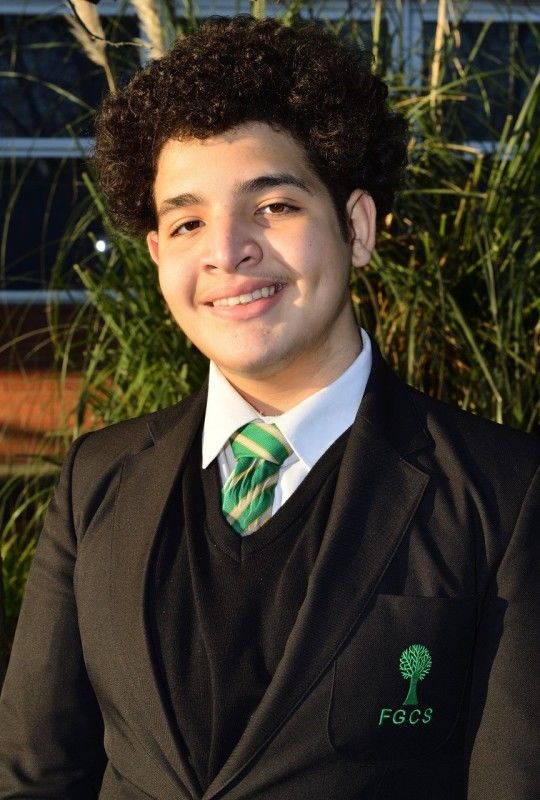 As he celebrates his grades, Ilyan is keen to remember those who have helped him break the inner-city mould.

‘Two other students from my school went to Eton, so it shows that Forest Gate Community can help make you achieve the very best,’ he said.

‘I also got some 8s and 7s but I can’t remember what they are right now – my mum has gone somewhere to print my grades and send them to Eton.’

As well as coping with the upheaval, she was diagnosed with cancer, and while she won the battle she now suffers from a debilitating condition called Functioning Neurological Disorder, which means she struggles with her mobility and has to use a wheelchair. 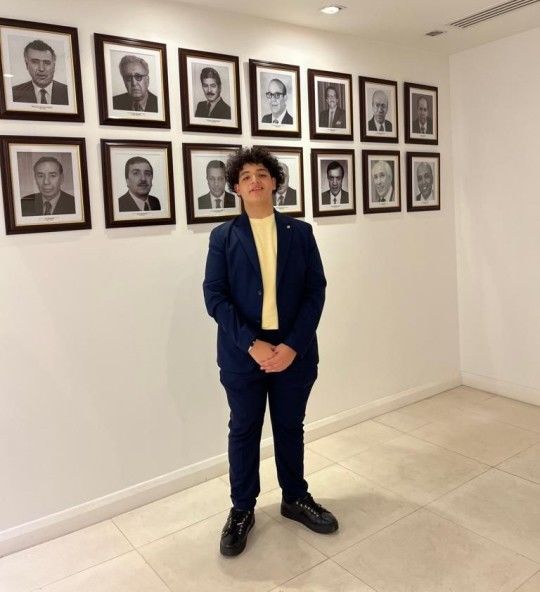 In July, Ilyan told how he wanted to make his mum proud and become an ‘inspiration’ to others from backgrounds that are non-traditional at elite boarding schools. He spoke as he waited for the results from the 11 GCSEs he took at the school in Newham.

The high achiever’s room at Eton, where he had attended an induction week the previous month, is bigger than his one at his home and he will be rubbing shoulders with the sons of billionaires.

‘The school I went to is incredible, it’s left me beyond melancholy that I’ve had to leave all the memories behind,’ he said.

‘But looking forward to Eton, it’s one of the best schools in the world.

‘The school is massive and the opportunities given to us are incredible, so I’m genuinely really, really excited.’ 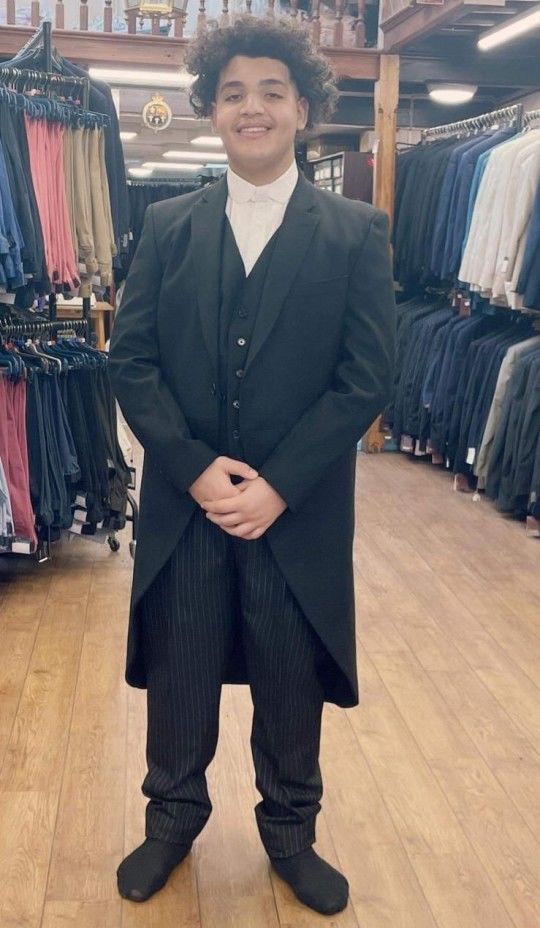 Eton, which has boarding houses, 19 cricket pitches and a rowing lake, is a world away from Ilyan’s neighbourhood in a borough with high levels of poverty and homelessness.

‘My world in east London and my world in Eton are constantly juxtaposing. They are very different but it’s that new experience, new adventure that I’m really looking forward to.

‘You really are just taken back by how illustrious it truly is.

‘But while it’s a breathtaking experience I haven’t felt like an outsider, I’ve really felt at home at the school, it’s well suited to each and every student’s individual needs.’ 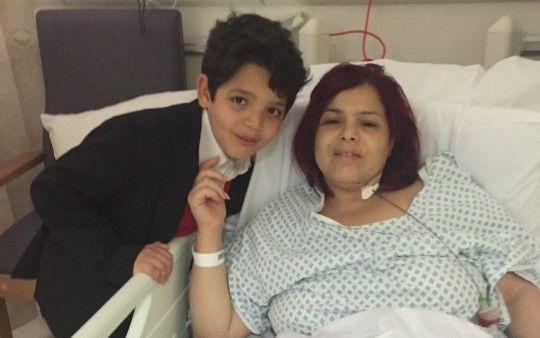 Ilyan has been a carer for his mum, Lalia, who is shown in hospital while she was having treatment for cancer in 2015 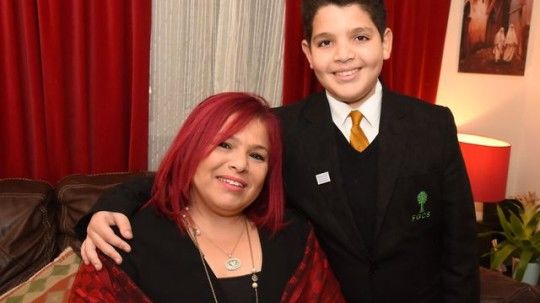 The prospective Etonian secured his place through the Community Schools Trust, which helps disadvantaged pupils to win coveted entries at fee-paying schools. The trust runs four schools including Forest Gate and Cumberland Community School, which is also in Newham.

Ilyan is the fifth student from either Forest Gate or Cumberland to win a place at Eton through the scheme, where the scholarships are funded by the elite schools. The college has granted similar awards for 600 years.

Ilyan already has Harvard University in his sights and wants his strides to help others, telling Metro.co.uk: ‘I want to become a politician so I can go back home and serve the constituents.’

He has now landed the grades he needs – which had included an 8 (equivalent of between an A* and A) in English literature – to confirm his place and move into his room at Waynflete House.

‘In general, I would say to any young person wanting to achieve something by going to a private school to 100% go for it,’ Ilyan said.

‘While it may be hard to get there, it’s definitely possible. I really want more young people from underprivileged backgrounds to give their all and make the most of the incredible opportunities out there.’