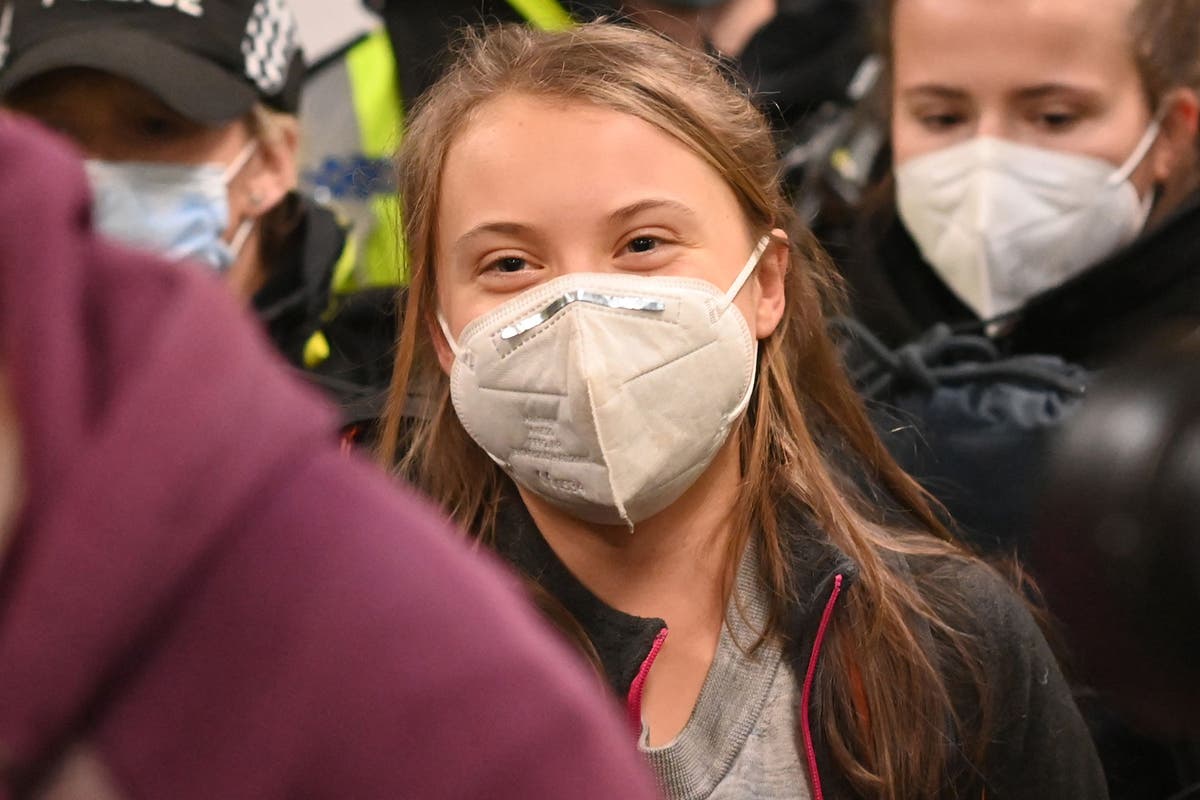 The Greta effect: How Thunberg became the world’s most famous teen

The Swedish activist arrived at Cop 26 in Glasgow to a mob of police, paparazzi and Gen-Z admirers - so how did an 18-year-old become Glasgow’s hottest VIP? Katie Strick charts the making of a mega-star

It might be hard to believe, that even Greta Thunberg - one of the most prolific climate campaigners on the planet - wasn’t sure if she was invited to this year’s COP 26 climate conference in Glasgow. “I don’t know. It’s very unclear. Not officially,” she told BBC presenter Andrew Marr in a checkered shirt and grey tracksuit bottoms ahead of the two-week event, which started last night.

But the Swedish 18-year-old’s arrival in Scotland on Saturday night is proof that you don’t need to make the formal guest list to be the biggest name at the party. In fact, breaking formalities is exactly what the teenage mega-star does best.

“Thank you for the very warm welcome,” Thunberg tweeted after she stepped off the train from London Euston in a characteristically understated response to her global fandom. Judging by the mob of police, paparazzi and Gen-Z admirers surrounding her (and posing for selfies) at Glasgow Central Station, hers was the conference’s hottest welcome yet.

Hype around the cult campaigner is nothing new - her school climate strikes, Fridays for Future, have galvanised teen movements around the world since they started in 2018. But the Greta Effect has reached fever-pitch since her arrival in the UK last week.

On Friday, she joined fossil fuel financing protesters at a ‘climate justice memorial’ outside the Lloyd’s HQ in the City of London and earlier that day she and fellow teen activist Vanessa Nakate met media leaders at the Natural History Museum. Their message was simple: power lies with the people.

Despite now being old enough to stand for election in her native Sweden, Thunberg says she doesn’t want to run for office (yet) because being outside politics is “more efficient” than inside its corridors of power.

“We need to reach a critical mass with people who are demanding change and right now it’s more efficient to do that on the streets,” she told Marr later in the weekend, saying anger around disrupters like Insulate Britain is good because “you need to p*** people off” to make things happen.

The teenager’s Glasgow itinerary is yet to be confirmed but insiders are expecting her to attend several demonstrations and speak at a rally hosted by the Cop26 Coalition. She was filmed ‘Rickrolling’ the audience at youth concert Climate Live in Stockholm last month, dancing to Rick Astley’s ‘Never Gunna Give You Up’ in front of a crowd – can fans expect a similar TikTok-worthy performance in Glasgow?


Thunberg is expected to meet youth climate campaigners during her fortnight in Scotland, but she hasn’t ruled out meeting world leaders, either. “I guess that will depend on the situation... I don’t see why these people want to meet with me, but yeah,” she said when asked if she’d meet US President Joe Biden, who is reportedly staying in Edinburgh during the conference and commuting to Glasgow his 18ft limousine nicknamed The Beast.

Fans say they’re holding out for a Biden-Thunberg selfie, while others say she should refuse to meet him and Boris Johnson to call out their hypocrisy of travelling there by plane. If rebelling is Thunberg’s superpower, perhaps refusing to meet the President will be the teenager’s strongest move yet.