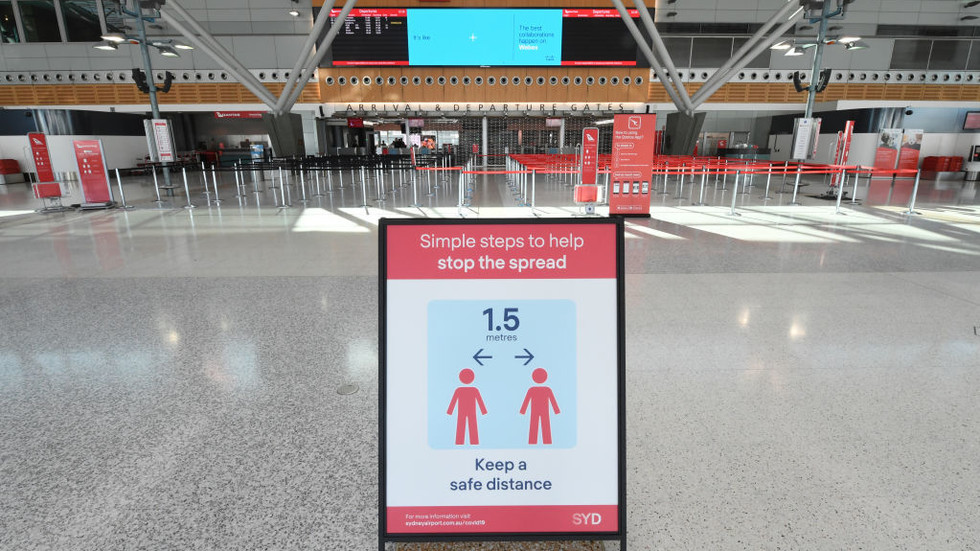 ‘Time to give Australians their lives back’: Border to reopen for fully vaccinated after 18 months of Covid restrictions

Australian Prime Minister Scott Morrison announced on Friday that the country would begin to ease the strict border restrictions it had imposed early in the Covid pandemic, allowing vaccinated citizens to travel internationally.
The nation closed its border back in March 2020, initially banning individuals from travelling abroad without official permission and leaving thousands of Australians stuck abroad. “It's time to give Australians their lives back,” PM Morrison said.

The relaxation of the restrictions will allow citizens to travel abroad when their state’s vaccination rate hits 80% – a goal set nationwide to ensure that an outbreak of the virus would not overwhelm medical facilities. New South Wales is the closest state to that threshold, being set to reach it in a matter of weeks, while Victoria is expected to be the second to meet the requirement.

Currently, people are only able to travel out of Australia for exceptional reasons, including necessary work or to visit a family member who is terminally ill. Return to Australia is restricted by strict arrival quotas and those returning to the country have to undergo a mandatory 14-day hotel quarantine.

Morrison said that, as well as making it easier for vaccinated people to travel, the hotel quarantine measure – which costs AUS $3,000 ($2,100) – will be wound down and replaced with a seven-day at-home isolation.

The relaxation will not immediately apply to foreign inbound individuals, although the government stated that it was working to ensure the country could soon be “welcoming tourists back to our shores.”

Australia’s partial relaxation of its travel restrictions comes despite its two biggest cities, Melbourne and Sydney, and its capital, Canberra, remaining in lockdown due to a surge in cases that occurred in those urban hubs earlier in the year.
#covid
Add Comment