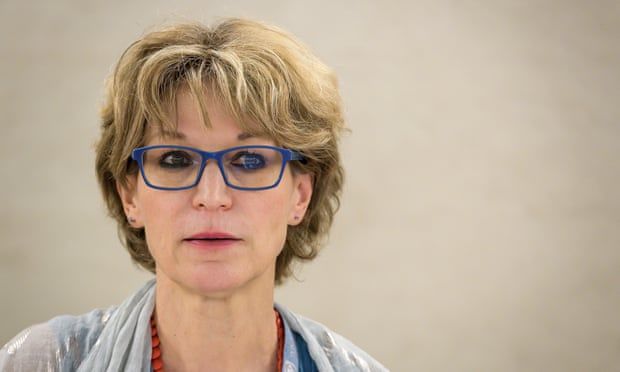 A senior Saudi official issued what was perceived to be a death threat against the independent United Nations investigator, Agnès Callamard, after her investigation into the murder of journalist Jamal Khashoggi.

In an interview with the Guardian, the outgoing special rapporteur for extrajudicial killings said that a UN colleague alerted her in January 2020 that a senior Saudi official had twice threatened in a meeting with other senior UN officials in Geneva that month to have Callamard “taken care of” if she was not reined in by the UN.

Asked how the comment was perceived by her Geneva-based colleagues, Callamard said: “A death threat. That was how it was understood.”

Callamard, a French national and human rights expert who will this month take on her new post as secretary general of Amnesty International, was the first official to publicly investigate and publish a detailed report into the 2018 murder of Khashoggi, a prominent former insider who used his column at the Washington Post to write critically about the Saudi government.

Callamard’s 100-page report, published in June 2019, concluded that there was “credible evidence” that the Saudi crown prince, Mohammed bin Salman, and other senior Saudi officials were liable for the killing, and called the murder an “international crime”. The Biden administration has since released its own unclassified report, which concluded that Prince Mohammed had approved the murder. The Saudi government has denied the killing, which occurred in the Saudi consulate in Istanbul, was ordered by the future king.

The Guardian independently corroborated Callamard’s account of the January 2020 episode.

The alleged threats were made, she said, at a “high-level” meeting between Geneva-based Saudi diplomats, visiting Saudi officials and UN officials in Geneva. During the exchange, Callamard was told, they criticised her work on the Khashoggi murder, registering their anger about her investigation and her conclusions. The Saudi officials also raised baseless allegations that she had received money from Qatar – a frequent refrain against critics of the Saudi government.

Callamard said one of the visiting senior Saudi officials is then alleged to have said that he had received phone calls from individuals who were prepared to “take care of her”. 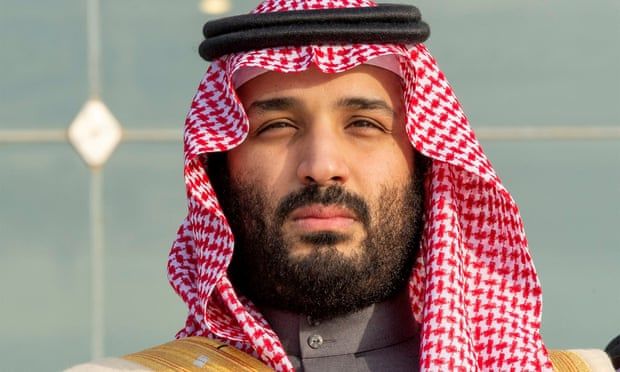 When UN officials expressed alarm, other Saudis who were present sought to reassure them that the comment ought not to be taken seriously. The Saudi group then left the room but, Callamard was told, the visiting senior Saudi official stayed behind, and repeated the alleged threat to the remaining UN officials in the room.

Specifically, the visiting Saudi official said he knew people who had offered to “take care of the issue if you don’t”.

“It was reported to me at the time and it was one occasion where the United Nations was actually very strong on that issue. People that were present, and also subsequently, made it clear to the Saudi delegation that this was absolutely inappropriate and that there was an expectation that this should not go further,” Callamard said.

While Callamard has in the past discussed the threats she has faced in her work as a special rapporteur, including by the Philippine president, Rodrigo Duterte, details of the alleged Saudi threat are being revealed in the Guardian for the first time.

The development will probably bolster the view of human rights experts that Saudi Arabia’s government has acted with impunity in the wake of Khashoggi’s 2018 murder, including through arbitrary arrests of critics of the prince, as well as his potential political rivals.

“You know, those threats don’t work on me. Well, I don’t want to call for more threats. But I have to do what I have to do. It didn’t stop me from acting in a way which I think is the right thing to do,” Callamard said.