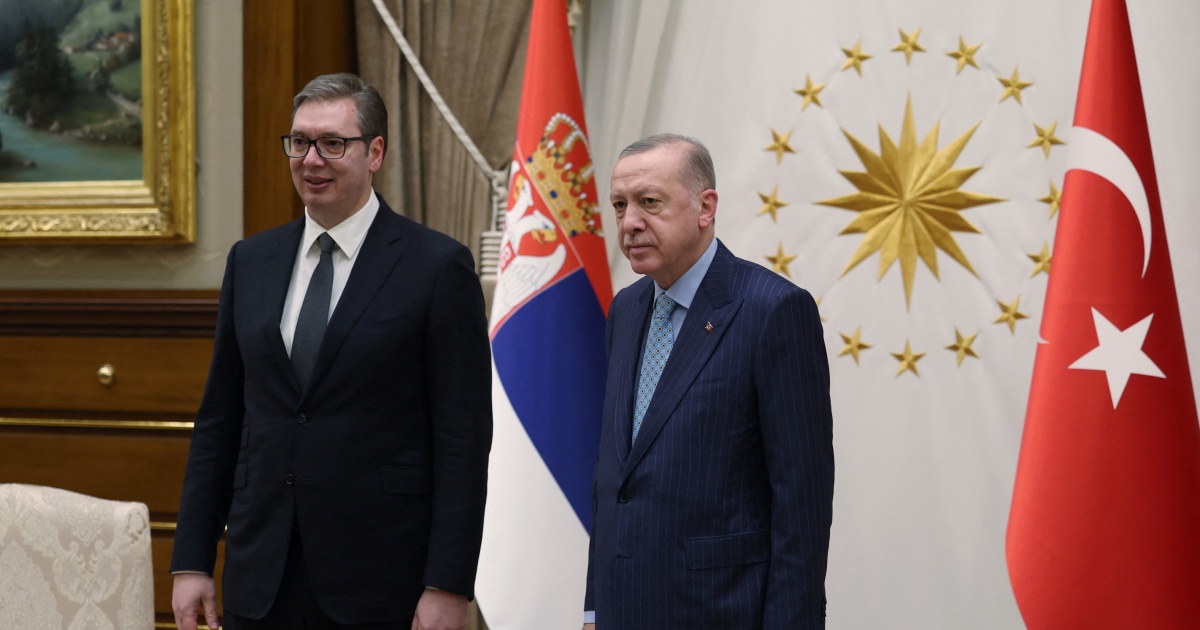 Turkish President Recep Tayyip Erdogan said he and Serbian counterpart Aleksandar Vucic have agreed to broker crisis talks involving all parties in Bosnia after elections in Serbia in April.

Turkey, which has deep-rooted historical ties in the Balkans, has criticised the move as “wrong, dangerous” and has offered to mediate in the crisis, which has raised fears of a relapse into ethnic conflict in Bosnia.

After a calamitous 1992-95 ethnic war that killed 100,000 people, Bosnia was split into two largely autonomous regions – a Serb Republic (Republika Srpska) and a Federation dominated by Bosniaks and Croats, overlaid by a loose central government.

Addressing reporters along with Vucic after talks in Ankara on Tuesday, Erdogan said Serbs, Croats and Bosniaks alike should refrain from steps that endanger Bosnia’s territorial integrity and that all should act “with a sense of responsibility”.

“After these (Serbian) elections, we want to bring together the leaders of these three groups and to have a meeting with them. With this meeting, let us take steps to ensure Bosnia’s territorial integrity,” he said.

“We want to convene the three leaders – of Bosniaks, Croats, and Serbs – and accomplish this. We agreed on this,” Erdogan said, adding the talks could be held in Istanbul or Belgrade.

Earlier, Erdogan was quoted by local media as saying Albanian Prime Minister Edi Rama, Dodik and other regional officials had voiced support for his mediation offer, and that Ankara would intensify its diplomacy to resolve the crisis.

Vucic told the news conference that Serbia was committed to Bosnia as an intact state and that the preservation of peace and stability in the Balkans was paramount, along “with respect for differences”.

Vucic called on Dodik last week to return to national institutions that the Serb Republic has boycotted since mid-2021 over a law criminalising the denial of genocide.

International war crimes court judgments have branded the 1995 massacre of 8,000 Bosniak men and boys in Srebrenica by Bosnian Serb forces as a genocide, which nationalist Serbs have denied.

Serbia was the patron of wartime Bosnian Serb separatists and has remained close to Bosnia’s post-war Serb entity, sharing a border with it.

Earlier this month, the United States imposed new sanctions on Dodik for alleged corruption and threatening Bosnia’s stability and territorial integrity. The European Union also said last week that the Bosnian Serb leadership faced EU sanctions and a loss of aid should it continue to incite tensions.