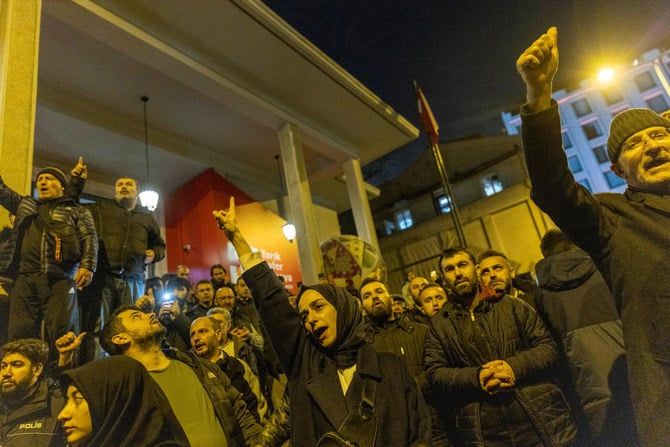 Turkiye has indefinitely postponed a new round of talks with Sweden and Finland on the Nordic neighbors’ NATO membership bids, Turkish state media reported on Tuesday.
The talks were due to be held next month, the reports said, citing Turkish diplomatic sources.

Turkiye’s decision came a day after President Recep Tayyip Erdogan warned Sweden he would not support its bid to join the Western US-led defense alliance.
Bids to join NATO must be ratified by all members of the alliance, of which Turkiye is a member.

Ankara has been outraged by the burning of the Qur’an by an anti-Islam protester outside its embassy in Stockholm over the weekend.

The protest was approved by the Swedish police, despite Turkiye’s fierce objections.

Erdogan’s comments and Tuesday’s postponement diminishes Sweden and Finland’s prospects of joining the bloc before Turkiye’s parliamentary and presidential polls in May.

Finland hinted for the first time on Tuesday that it might consider joining NATO without Sweden because of Stockholm’s diplomatic problems with Ankara.

Previous rounds of the tri-party NATO talks have been attended by foreign ministry officials and focused on a specific list of Turkish demands, which include the expulsion of dozens of mostly Kurdish suspects.

Turkiye and Hungary are the only NATO members not to have ratified the Nordic neighbors’ historic decision to break their tradition of military non-alignment in response to Russia’s invasion of Ukraine.