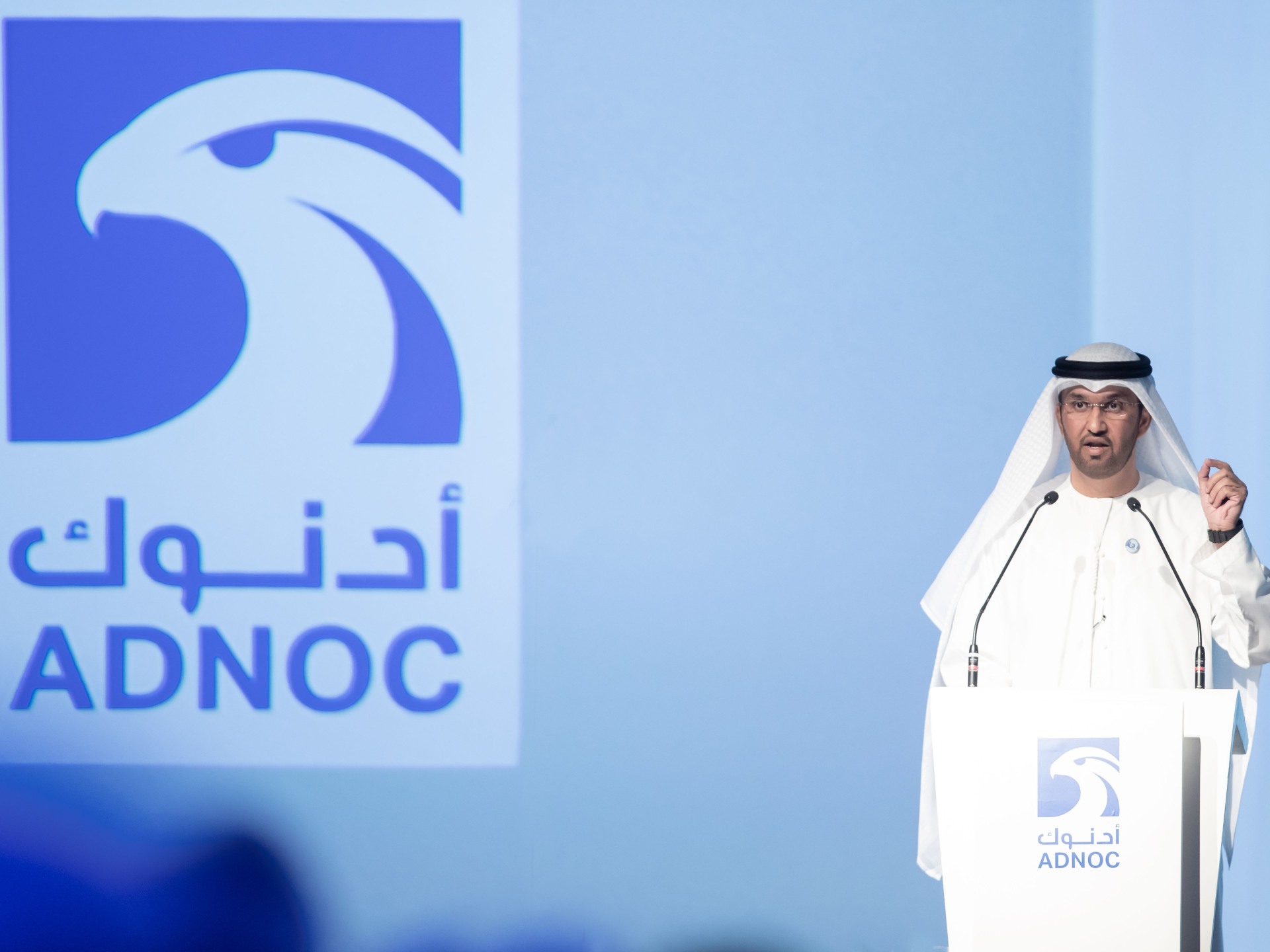 Sultan al-Jaber, CEO of the Abu Dhabi National Oil Co, will preside over the next round of global climate talks in Dubai.

The United Arab Emirates has named a veteran technocrat who both leads Abu Dhabi’s state-run oil company and oversees its renewable energy efforts to preside over the upcoming United Nations climate negotiations in Dubai.

Al-Jaber’s firm pumps some 4 million barrels of crude a day and hopes to expand to 5 million daily, generating more of the heat-trapping carbon dioxide the UN annual climate negotiations aim to limit.

“This will be a critical year in a critical decade for climate action,” WAM quoted al-Jaber as saying. “The UAE is approaching COP28 with a strong sense of responsibility and the highest possible level of ambition.

“We will bring a pragmatic, realistic and solutions-oriented approach that delivers transformative progress for climate and for low-carbon economic growth.”

In its announcement about al-Jaber, WAM said the Emirates had invested “more than $50bn in renewable energy projects across 70 countries, with plans to invest a minimum of $50bn over the next decade”. It wasn’t immediately clear where those figures came from.

Al-Jaber also led green initiatives including a $22bn “carbon-neutral” city on Abu Dhabi’s outskirts. The project was halted after the global financial crisis that struck the Emirates hard beginning in 2008.

He serves as the chairman of Masdar, a clean energy company that grew out of the project and now operates in more than 40 countries.

“Sultan al-Jaber has the credentials and background to lean into trends that are already on going,” said Ryan Bohl, a Middle East analyst for risk-intelligence firm RANE Network. “Him being an oilman, I don’t think that will be that big of a risk for him.”

European Union climate policy chief Frans Timmermans said he would meet al-Jaber this week. “As incoming Presidency, the UAE has a crucial role in shaping the global response to the climate crisis,” he said on Twitter. “We need to pick up speed.

‘No place for polluters’

Harjeet Singh, who is the head of Global Political Strategy at Climate Action Network International, said al-Jaber holding the CEO title at the state oil company posed “an unprecedented and alarming conflict of interest”.

“There can be no place for polluters at a climate conference, least of all presiding over a COP,” Singh said.

The UAE will take over the UN climate talks presidency from Egypt at the end of November next year when it will host the summit on the site of the Dubai Expo.

Every year, the country hosting the Conference of the Parties – where COP gets its name – nominates a person to chair the talks, who is usually confirmed by delegates at the start of negotiations without objections.

Out of a total of 20 sponsors or partners at the climate summit, corporate watchdogs identified 18 as either directly supporting or partnering with the fossil fuel industry.

Prominent activist Greta Thunberg refused to attend COP27, which she said was a forum for “greenwashing”.

The UAE and other Gulf producers have called for a realistic transition in which hydrocarbons would keep a role in energy security while making commitments to decarbonisation.

Demands for governments and companies to leave oil and gas in the ground have gained less traction since Russia’s invasion of Ukraine last year and Europe’s energy crisis.

The UAE, the first country in the region to ratify the 2015 Paris Agreement, has committed to reach net zero emissions by 2050.

The COP28 conference will be held from November 30 to December 12.

The caliber of COP presidents has varied over the years. Observers widely saw Britain’s Alok Sharma as energetic and committed to achieving an ambitious result. Egypt’s Foreign Minister Sameh Shoukry faced criticism by some participants for the chaotic and at times non-transparent way he presided over last year’s meeting.