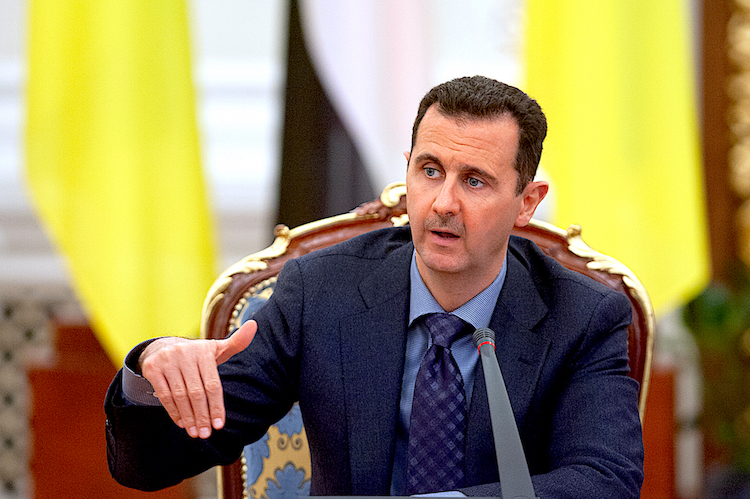 The United Kingdom has announced sanctions on six allies of Syrian President Bashar al-Assad, including his foreign minister and close advisers, saying the move would send a “clear message that they must be held to account for their crimes”.

The measures announced on Monday came 10 years, to the day, after peaceful protests against al-Assad as part of a series of uprisings in the Middle East and North Africa.

Those demonstrations sparked a popular uprising, prompting a brutal crackdown from al-Assad which gave way to a multisided war that sucked in world powers.

“The Assad regime has subjected the Syrian people to a decade of brutality for the temerity of demanding peaceful reform,” UK Foreign Secretary Dominic Raab said in a statement.

“We are holding six more individuals from the regime to account for their wholesale assault on the very citizens they should be protecting.”

The measures are the first enacted against Syria’s leadership, which is backed by Russia and Iran, under the UK’s post-Brexit independent sanctions policy.

They follow 353 sanctions already being rolled over from European Union sanction listings.

The UK, which formally left the EU in January 2020, previously imposed sanctions through the bloc.

Brussels, which began placing sanctions on Syrian authorities in 2011 over their brutal repression of the anti-government protests, added Mekdad to its sanctions list in January.

The UK’s Foreign Commonwealth and Development Office (FCDO) said it was also working through the United Nations Security Council to push Syria “to engage meaningfully” in a UN-led peace process and constitutional committee talks in Geneva.