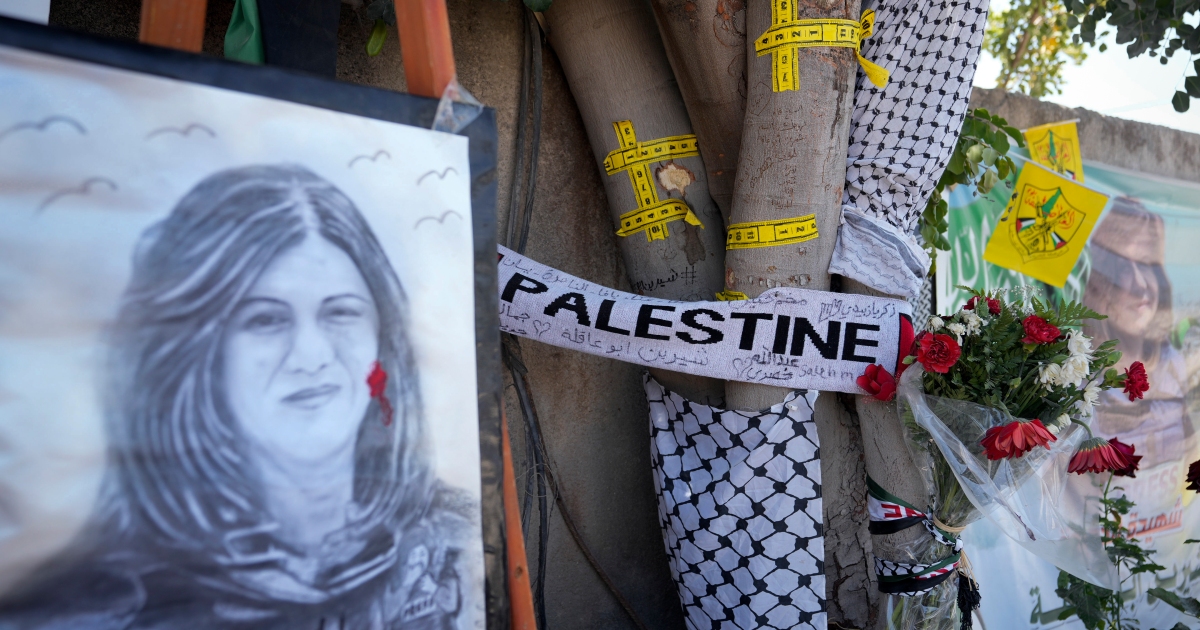 US State Department says investigation could not conclusively determine origin of the bullet that killed the journalist.

Palestinian officials, human rights advocates, and the family of Shireen Abu Akleh have reacted with anger and condemnation to a report announced by the US State Department that failed to conclusively find that the Al Jazeera journalist was killed by deliberate Israeli gunfire.

On Monday, the US State Department said a report by independent investigators had found that Abu Akleh was likely killed by “unintentional” gunfire from Israeli positions, but could not reach a definitive conclusion about the origin of the bullet that struck her.

Abu Akleh, a veteran Al Jazeera journalist and a Palestinian American, was killed on May 11 while covering an Israeli raid in the occupied West Bank city of Jenin, despite wearing a helmet and flak jacket clearly marked “PRESS”.

Prior investigations by The Associated Press news agency, broadcaster CNN, the New York Times and the Washington Post newspapers, as well as monitoring conducted by the Office of the UN human rights chief have lent support to witness accounts that Abu Akleh was killed by Israeli forces.

Here are the reactions so far to the report:

In a lengthy statement, Abu Akleh’s family said they were disappointed by how the investigation was conducted, as well as with its conclusions but pledged to keep fighting for justice.

“We are incredulous,” the family said in a statement published on social media.

“To say that this investigation, with its total lack of transparency, undefined goals, and support for Israel’s overall position is a disappointment would be an understatement,” her family said.

The Palestinian Authority (PA) denounced the findings and called on the US to hold Israel accountable for Abu Akleh’s killing.

“We express our regret that the Israeli government has evaded its responsibilities towards the assassination of Abu Akleh,” PA spokesman Nabil Abu Rudeineh said, according to the Wafa news agency.

“We call on the US administration to maintain its credibility and to hold Israel fully responsible for the murder of the martyr Abu Akleh, because the Palestinian and international facts confirm the responsibility of the Israeli army without any doubt,” Rudeineh said.

Wasel Abu Yousef, a member of the executive committee of the Palestine Liberation Organization, accused the US of protecting Israel.

“The truth is clear but the US administration continues to stall in announcing it,” Abu Youssef told the Reuters news agency. “We say Israel killed Shireen Abu Akleh and it has to be held responsible for the crime it has committed.”

Israel’s Prime Minister Yair Lapid said that an internal Israeli army investigation had found that there was no intention to harm Abu Akleh.

“The [Israeli military] investigation was unable to determine who is responsible for the tragic death of journalist Shireen Abu Akleh, but it was able to determine conclusively that there was no intention to harm her. Israel expresses sorrow over her death,” Lapid said in a statement on Monday.

“All investigations published so far conclude that Israel is responsible for the killing of journalist Shireen Abu Akleh,” the group said in a tweet on Monday.

Mai El-Sadany, a human rights lawyer based in Washington, DC, denounced the findings, calling them “shameful”.

“Words matter,” El-Sadany said in a tweet. “Shameful US State Department statement today on the killing of Shireen Abu Akleh which facilitates erasure & impunity with vagueness & distractions – in the face of independent reporting which has already made clear findings, including presence of no militants near Abu Akleh.”

“Many independent international investigations have concluded that Shireen was killed by an Israeli sniper. Once again, Israeli evasive tactics & lies + American collusion & cover-up combine to maintain Israel’s impunity,” she wrote on Twitter.

Amnesty International secretary general Agnes Callamard said the killing of Abu Akleh must be investigated as an act of “excessive use of force”.

Callamard also said that while intention matters, “its possible absence does not absolve Israel of its responsibilities”.

“And #Israel must be held accountable. Justice must be delivered,” she tweeted. “Journalists must be protected when doing their work. Not a target.”