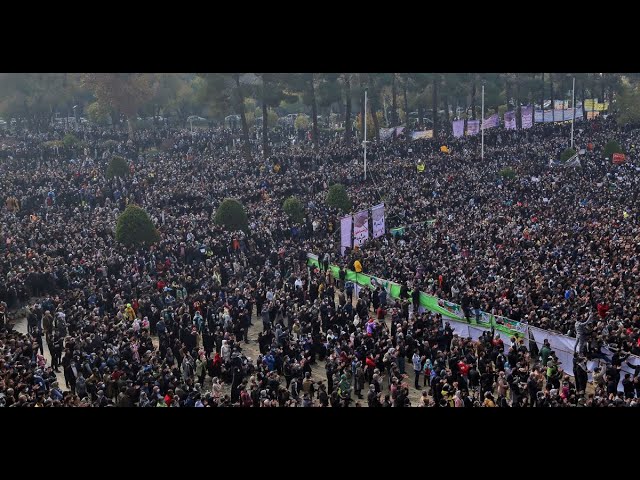 The US Treasury Department on Friday eased some restrictions on providing internet services to Iran, stating that the move would aid anti-government protesters. SpaceX CEO Elon Musk earlier said that he would ask for a sanctions exemption to bring his Starlink internet service to Iran.
According to guidance published by the Treasury, US firms will be able to provide web browsing software, social media, video conferencing, gaming and messaging services and software to Iran, as well as VPN and anti-virus software and technology enabling Iranians to access these services.

While the US rarely lifts its wide-ranging sanctions on Tehran, recent developments in Iran influenced the latest move. Protests have been ongoing there for a week following the death in police custody of Mahsa Amini, who was detained for wearing an “improper” hijab.

With the Iranian government blocking internet access across much of the country, Deputy Treasury Secretary Wally Adeyemo said that the US is “redoubling its support for the free flow of information to the Iranian people.”

Iranian officials have already alleged that forces from “outside the country” are working to stir up unrest over Amini’s death. On the same day that protesters first took to the streets in Iran, China warned fellow members of the Shanghai Cooperation Organization, which Iran joined that day, to beware of foreign-instigated “color revolutions.”

The latest sanctions exemptions do not authorize the sale or supply of “commercial-grade internet connectivity services or telecommunications transmission facilities,” such as satellite links, to Iran. On Thursday, a bipartisan group of lawmakers in Washington urged the Treasury Department to grant SpaceX tycoon Elon Musk an exemption to this rule should he seek permission to make his satellite-based Starlink internet service available in Iran.

Musk had earlier said that he would apply for such an exemption.
#Elon Musk
Add Comment