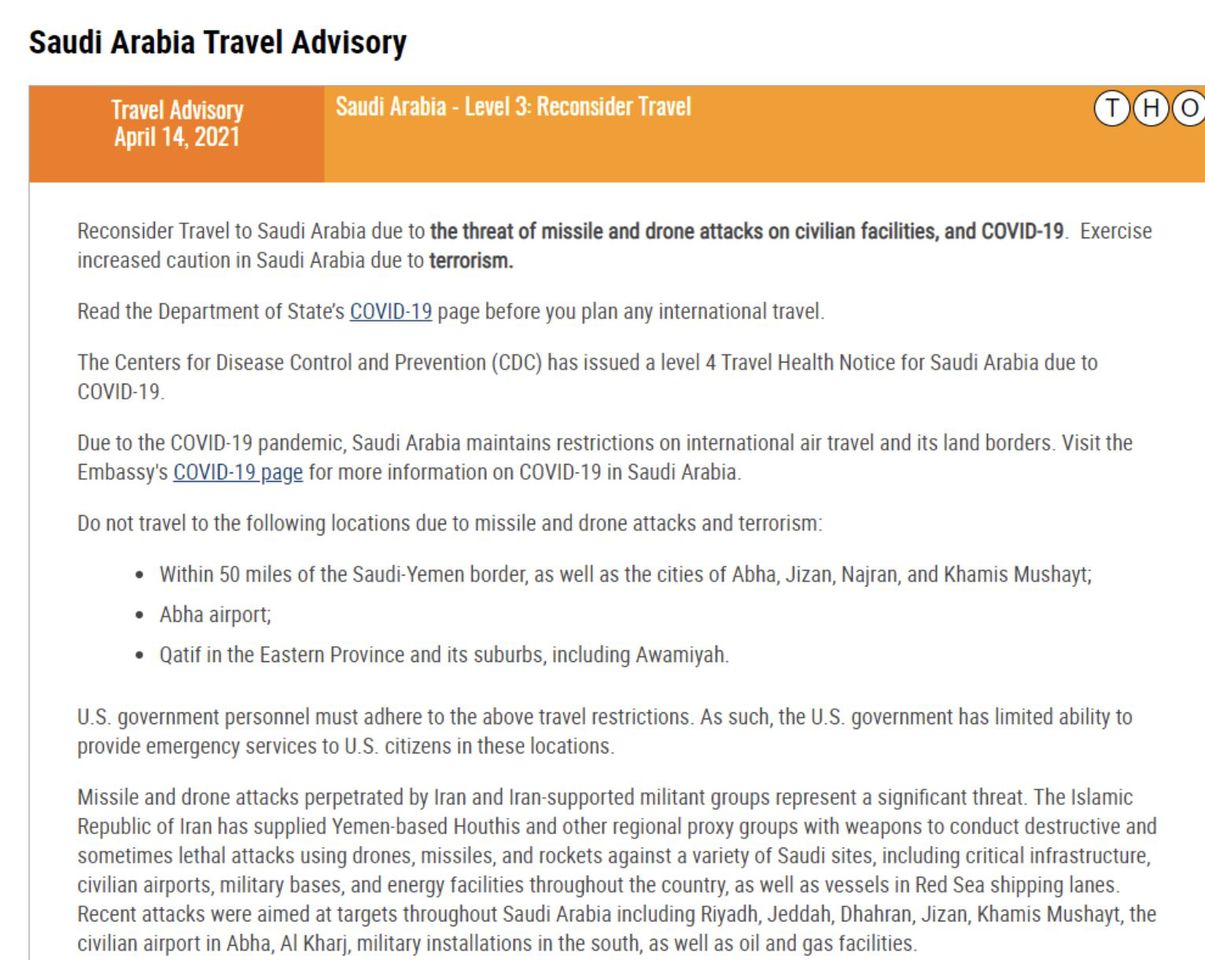 The U.S. State Dept has upgraded Saudi Arabia to a Level 3: Reconsider Travel due to threat of missile and drone attacks, as well as COVID-19.
US State Department warns citizens not to travel to Saudi Arabia due to the looming threat of terrorism only two months after removing terrorist designations on Yemen's Houthi rebels.

Travelers warned to stay ~50 miles away from the Saudi-Yemen border, told to avoid cities of Abha, Jizan Najran and Khamis Mushayt. Also warned to avoid Abha Airport and eastern city of Al-Qatif as well as its suburbs.
#covid 19  #covid
Add Comment