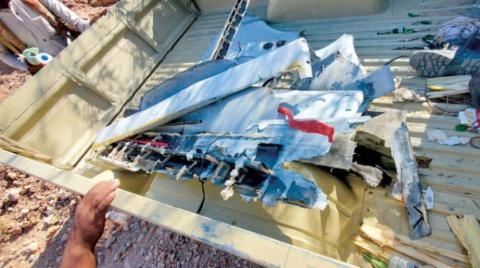 US Urges Houthis to Listen to Appeals for Peace in Yemen

Washington reiterated its call on the Iran-backed Houthi militias to choose peace and extend and expand the nationwide truce in Yemen.

US Special Envoy for Yemen Tim Lenderking kicked off a visit to Saudi Arabia and the United Arab Emirates on November 2 to support efforts to renew and expand the UN-mediated truce in Yemen.

“We remind the Houthis that the world is watching their actions and urge them to cooperate with the UN and listen to Yemeni appeals for peace,” said a State Department statement.

“The only path forward to ending eight years of destructive war is through a durable ceasefire and political settlement that allows Yemenis to determine the future of their country.”

Meanwhile, the United Nations accused the Houthis of committing war crimes in Yemen since the expiry of the truce on October 2.

“We are gravely concerned for the safety and security of civilians,” said Jeremy Laurence, a spokesperson for the UN High Commissioner for Human Rights Volker Türk.

“The deliberate targeting of civilians and civilian objects is prohibited by international law and constitutes a war crime.”

A UN spokesperson told the same Geneva briefing on Friday that efforts were continuing to revive the truce deal.

Official Yemeni sources confirmed on Friday that five civilians, including two children and a woman, were wounded in Houthi shelling south and west of Taiz city.

The Houthis, meanwhile, questioned Washington’s call for peace, accusing it of impeding peace efforts and “always siding with war.”

UN envoy to Yemen Hans Grundberg had recently completed a tour of the region. He met with Houthi officials in Oman. His office did not release a statement on the outcomes of his trip.

The envoy had made proposals to expand and extend the truce to which the government had agreed to.

The Houthis, however, rejected the extension because they made additional demands with the aim of making economic and political gains.

Chairman of the Presidential Leadership Council Dr. Rashad al-Alimi, meanwhile, met in Riyadh with US Ambassador Steven Fagin to discuss the latest developments in Yemen and the impact of the Houthi escalation and their obstruction of the extension of the truce.

Alimi highlighted the council’s backing of Grundberg’s efforts to extend the truce out of its keenness on bolstering peace opportunities and averting more destruction in the country, reported the Saba news agency.

He stressed that the council will always positively approach everything that favors the people throughout Yemen.

The world is more aware of the danger the Houthis pose in the region and world, he remarked. It is aware that they are not serious about ending the suffering of the Yemeni people, as demonstrated in their obstruction of peace efforts.

Alimi called on the international community to maintain its stance in condemning the Houthi escalation and intransigence.

It must exert more pressure on the militias to make them join peace efforts, he added, stressing that the government is committed to protecting the Yemeni people, official sources quoted him as saying.