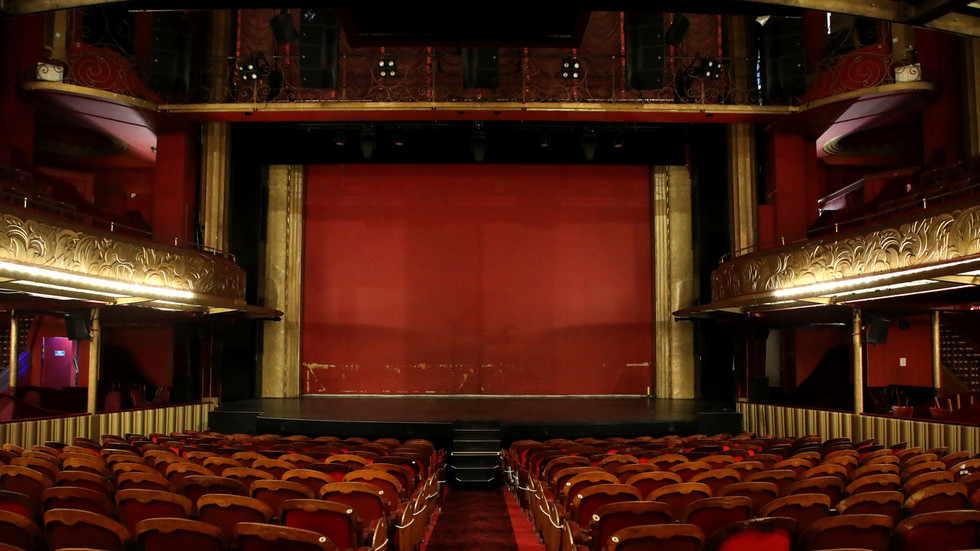 ‘We are going to die, but not on stage’: Naked artists protest Covid restrictions in Paris

French artists have expressed their outrage against lockdown measures affecting their jobs, by stripping themselves half-naked in front of the Ministry of Culture in Paris.

Some 20 people gathered in the center of the French capital this weekend, Le Parisien reported. The artists expressed their anger at the government for apparently not paying enough attention to their industry during the pandemic.

Slogans such as “theft of culture” and “we are going to die, but not on stage” could be both heard and seen on the demonstrators’ naked bodies. Having spent some 20 minutes in front of the ministry, they then ran towards the metro, the media reported.

The lockdown measures concern some 120,000 people in the industry, according to the French media. They have been granted compensations, but with new waves of the deadly virus forcing further closures, workers are now asking for new action from the government.

The industry workers have been loudly expressing their frustration and anger over the closure of cultural institutions and entertainment venues amid the Covid-19 pandemic. In opposition to the official restrictions, protesters occupied France’s national theaters on several occasions, while thousands marched across the country calling on the government to allow the venues to reopen with social distancing measures, rather than remain closed indefinitely.