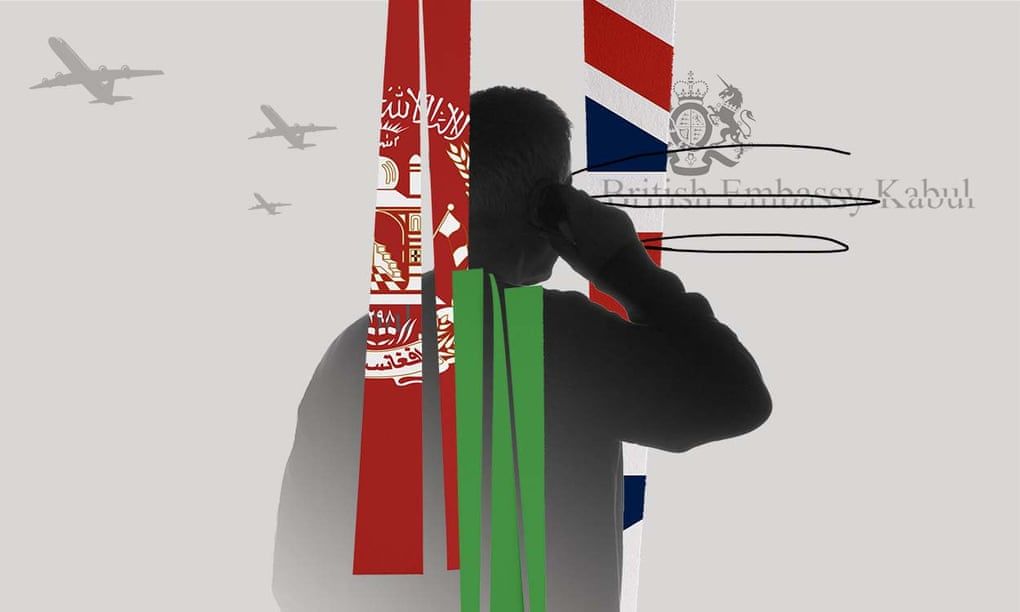 Abdullah*, 34, was a security guard for the British embassy, employed under contract by GardaWorld, and had a senior management role, looking after other locally employed embassy guards. He and about 180 colleagues had hoped to be evacuated to the UK at the end of August, but the evacuation was stopped by a bomb at the airport. The Foreign, Commonwealth and Development Office (FCDO) made a clear commitment that all GardaWorld staff would be allowed to travel to the UK, but this has not happened.

We’ve heard nothing from the Home Office or the FCDO and life is becoming very hard for everyone who worked for the British embassy. Surviving when there is no income and no work is very difficult. We’re still hoping we will get an email about evacuation plans, but we haven’t heard anything. The UK government is helping footballers and writers to leave the country, but there has been no help for us. We feel like we should be first in line because we risked our lives for the British government. It’s a huge disappointment for all of us.

All of the guards from the French embassy have been evacuated; the German and Australian governments are still evacuating embassy staff now; the Canadian government has even evacuated the cleaners and carpenters; but the British embassy, which was one of the largest embassies in Kabul, has left us. We wonder why we’ve been forgotten. Do they see us as a threat to them?

Most of us have already sold our possessions – televisions, carpets, everything – so that we’ve got money to buy food. People are out on the streets selling things every day, but you can’t get much for your things, you have to accept about 30% of the real value. I’ve sold our car, and have managed to get the landlord to halve our rent from $400 to $200 a month, and I’m lucky to have a brother in the UK who is able to send a bit of money to support us. But everything has become so expensive in the markets, the money won’t last long.

One of the guards called me last week, crying, and said he had sold everything apart from the mobile he was talking on; he said he was keeping it so he could check for an email from the British government with news of an evacuation plan. We’re sending emails every day, but they just say: you have to wait. My daughter is four and a half, and should be going to nursery, but there’s nothing. We keep her and her brother, who’s two and a half, at home most of the time because it doesn’t feel safe to go out. If anyone found out I had worked for the British government it would be very dangerous; one of my former colleagues has already been badly beaten. We don’t leave the house very often now.

A UK government spokesperson said: “The government will honour its commitments to resettle those British Council workers and GardaWorld employees who are at risk.”

*The name has been changed for this article.