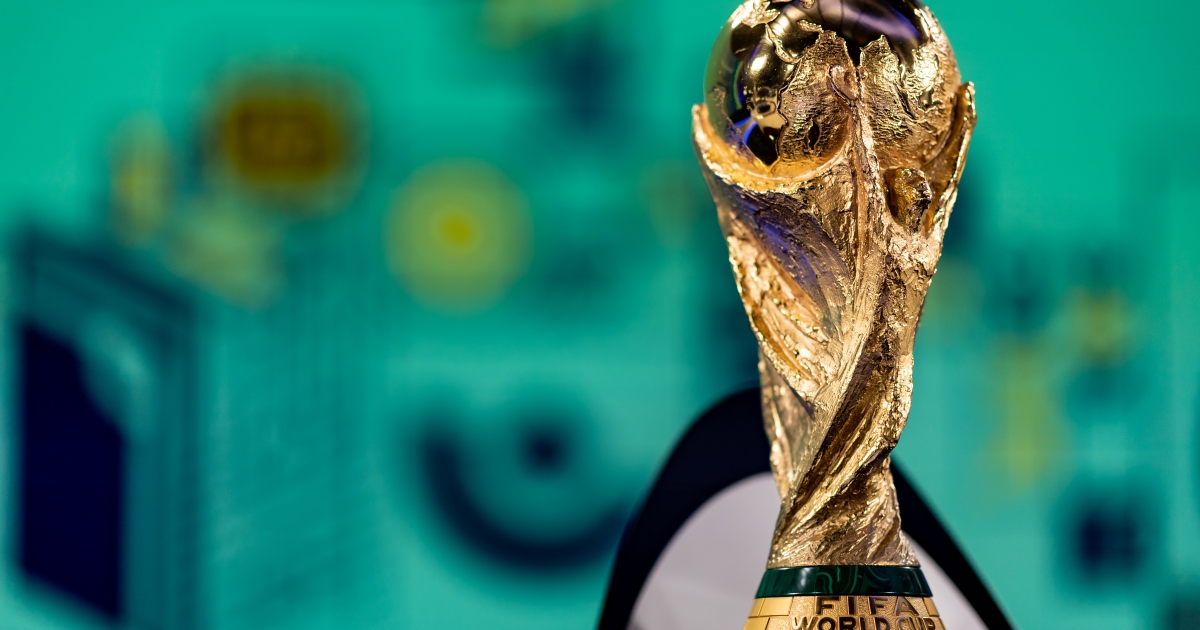 What you need to know about the Qatar World Cup draw

Twenty-nine participants, including the hosts, have already been confirmed, while the remaining three will be finalised by June this year.

The final draw for the FIFA World Cup Qatar 2022 will take place in Doha on Friday.

The 32-team football event will kick off in Qatar on November 21, with the final taking place on December 18.

Twenty-nine participants, including the hosts, have already been confirmed, while the remaining three will be finalised by June this year.

Which teams have already qualified for the World Cup? 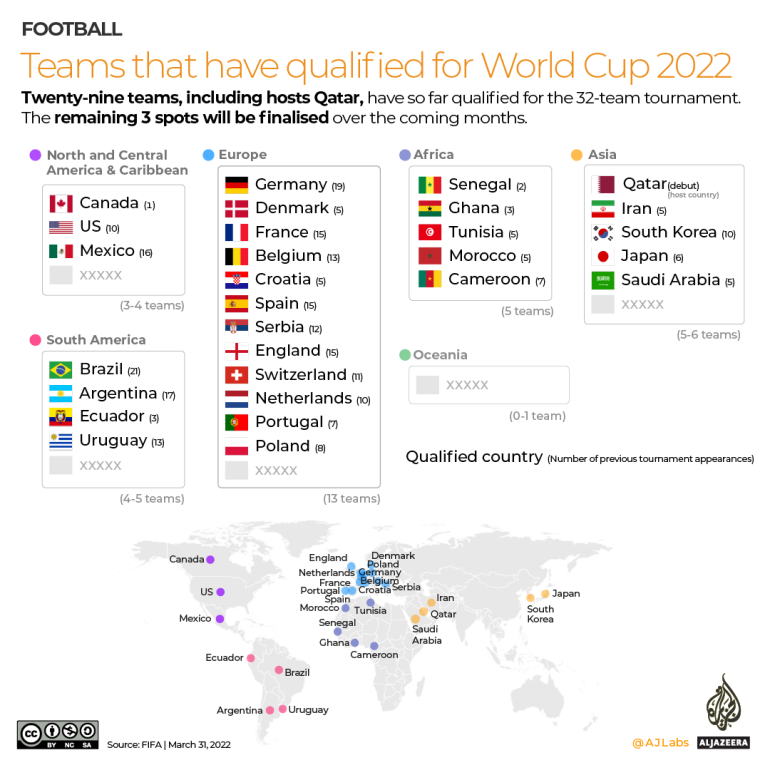 How does the seeding and pots work?

Qatar, as hosts, will take position A1 from Pot 1.

The other 28 already qualified teams are allocated pots based on the FIFA rankings released on Thursday.

In Pot 1, Qatar will be joined by the seven highest-ranked teams.

The teams ranked eight to 15 will be allocated Pot 2, 16 to 23 will be in Pot 3 while Pot 4 will include the qualified teams in positions 24 to 28 as well as placeholders for the remaining three slots – two winners of the intercontinental playoffs and the remaining UEFA playoff winner.

Which team is in which pot?

What is the draw procedure?

In each team pot, there are eight balls bearing country names for each qualified team as well as three placeholders.

A ball is drawn from the team pot and then from one of the group pots to determine the team’s position in that group.

Who are the notable omissions?

Italy, current European champions, have missed out on their second World Cup in a row.

Russia will also not be part of the draw after the team was disqualified from the playoffs due to the invasion of Ukraine.

Also absent will be Egypt, Ivory Coast, Nigeria and Algeria who all fell at various hurdles in qualifying.