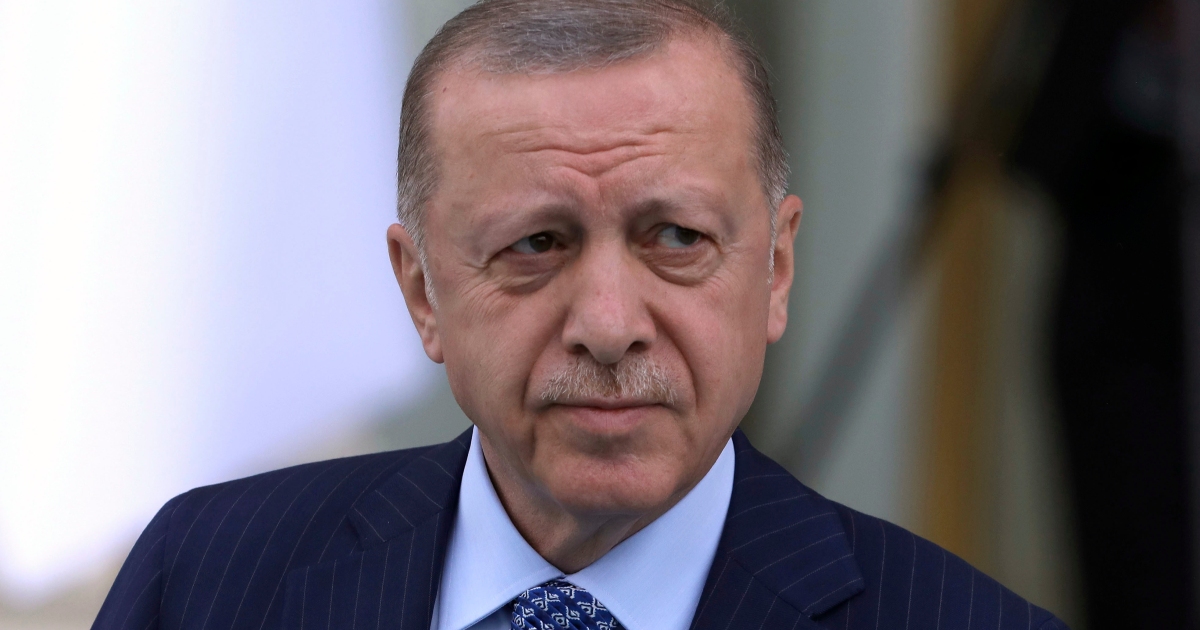 Sweden and Finland’s historic bids to become NATO members have hit a roadblock after top Turkish officials took a tough stance against a Nordic expansion of the transatlantic alliance.

President Recep Tayyip Erdogan said on Monday that Swedish and Finnish delegations “should not bother” to travel to Ankara after Stockholm announced the two countries would send officials to try to change Turkey’s stance.

All 30 NATO members must unanimously give the green light for the two historically neutral countries to join the alliance. Sweden and Finland recently announced their intention to join NATO in response to the Russian invasion of Ukraine.

Turkey became a member of NATO, together with Greece, as part of the alliance’s second expansion in 1952, less than three years after it was established.

Here is what you need to know about Turkey’s move.

Why does Turkey have a problem with Sweden and Finland’s proposed membership?

“Neither of these countries have a clear, open attitude towards terrorist organisations,” Erdogan said, referring to the Kurdistan Workers’ Party (PKK), which Ankara has designated a “terrorist group”, and other armed Kurdish groups active in Turkey and its periphery.

“How can we trust them?”

On the same day, Foreign Minister Mevlut Cavusoglu slammed Finland and Sweden for not extraditing suspects wanted in Turkey despite Ankara’s requests.

The wanted individuals were either accused of having links to the PKK or to the Gulen movement, which is blamed by Turkey for a 2016 coup attempt that killed hundreds of people.

In response, the Finnish foreign minister, Pekka Haavisto, said that while he was surprised at Turkey’s stance, he did not want to “bargain” with Ankara.

Erdogan also targeted Stockholm in his remarks for its arms sanctions against Turkey. Sweden has frozen arms sales to Turkey since 2019 over Ankara’s military operation in neighbouring Syria.

The Turkish military has carried out several cross-border operations in Syria since 2016, targeting ISIL (ISIS) and Kurdish fighters seen as “terrorists” by Ankara. Turkey controls swaths of territory in northern Syria and has been accused by some NGOs of forcing out local residents.

How is Washington involved?

Mensur Akgun, professor of international relations at Istanbul’s Kultur University, told Al Jazeera that Ankara has also sought to use Sweden and Finland’s membership bid as leverage to fix the pressing issues it has with the United States, a staunch supporter of the bids.

“Ankara has been under US sanctions over F-35 fighter jets and is not happy about it,” Akgun said.

Turkey’s purchase of the Russian S-400 defence system has been one of the key issues that have strained relations between Turkey and the US in recent years.

In July 2019, the US removed Ankara from its key F-35 fighter jet programme days after Turkey received the first delivery of the Russian S-400s.

The US and NATO allies say the use of a Russian missile defence system by a NATO member is dangerous for NATO’s own defence systems, but Turkey says it decided to buy the missile system after then-President Barack Obama’s administration stalled on a sale of the US Patriot air defence system, widely used by NATO member states.

Turkey has also condemned Washington’s support for armed Kurdish groups in Syria. The US recognises the PKK as a “terrorist” organisation but has militarily and politically supported the Kurdish People’s Protection Units (YPG), a Syrian offshoot of the former, particularly during the height of the fight against ISIL in the 2010s.

Have there been similar NATO disputes?

Diplomatic deadlocks over NATO expansion have happened before. Most recently, Greece held up Macedonia’s admission to the bloc for years, in protest over the country’s name, which the Greeks said was an attempt to steal Greek heritage.

Greece and Macedonia signed an accord in 2019, in which the latter changed its name to North Macedonia before Athens removed its objections to Skopje joining NATO.

Turkey has historically been in favour of the expansion of NATO, so Akgun believes that there will eventually be a compromise.

“Turkey might not exactly get what it wants, but its allies will likely offer something that will satisfy it,” he told Al Jazeera.

“Ankara will negotiate as other members would do, in line with its national interests.

“At the end of the day, historically Turkey has never undermined a NATO consensus and will still try not to do it. However, it will not be unconditional.”