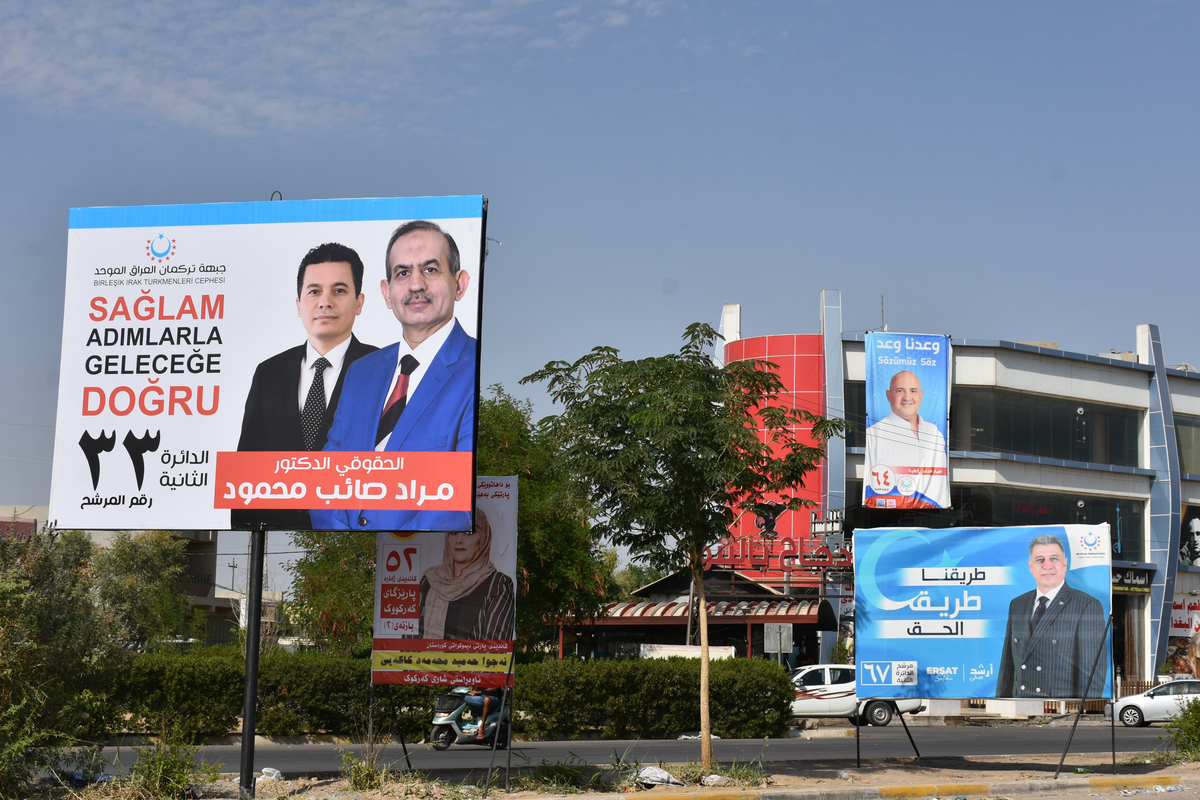 Despite US President Joe Biden's scathing criticism of his predecessor's policies in Iraq and Afghanistan, he has not shied away from implementing them.

In Afghanistan, he stuck to Trump's troop withdrawal agreement with the Taliban. Following the Taliban's swift takeover of Kabul, Biden blamed Afghanistan's corrupt government and army.

In Iraq, Biden – just like Trump – has made no secret of the fact that he is hell-bent on keeping US troops in the country even though they are targeted persistently by militias belonging to the Popular Mobilisation Forces (PMF), a government controlled alliance of predominantly Shia and Iran-backed groups which answered Grand Ayatollah Al-Sistani's call to fight Daesh in 2014. The PMF demand the unconditional withdrawal of US forces in compliance with the vote in Iraq's parliament on 5 January last year. The vote was organised after Donald Trump ordered the assassination at Baghdad Airport of General Qasem Soleimani, the head of Iran's elite Revolutionary Guard Corps, along with Abu Mahdi Al-Muhandis, the deputy leader of the PMF.

The rapid collapse of the Afghan army is similar to the swift unravelling of Iraq's US-trained army in the face of the Daesh advance on Mosul in 2014. Both were trained in such a way that made them completely reliant on US air cover and logistical support. This has been employed repeatedly by the US as political leverage, compelling both governments to toe Washington's line.

Even though Iraq's unelected Prime Minister Mustafa Al-Kadhimi — who came to power in May 2020 after waves of protests forced his predecessor, Adil Abdul-Mahdi, to resign — has kept his pledge to stay out of the early election scheduled for 10 October, he has been working tirelessly to secure a second term. Clearly, Kadhimi is aware that going to the polls means a humiliating defeat, given that the same underlying causes –rampant corruption, chronic electricity and water shortages, and widespread unemployment – that sparked the October 2019 protests have worsened dramatically. He has also failed to fulfil his own pledge to bring to justice those in the security forces responsible for killing 600 protesters, and rein-in militias, including the PMF.

As part of the aggressive Trump-inspired strategy sponsored by Crown Prince Mohammed Bin Salman, Saudi Arabia's de facto ruler, Iraq and not Syria has become the central battleground for rolling back Iranian influence in the region. Former US Envoy to Iraq Brett McGurk managed successfully after the 2018 parliamentary election to forge a coalition of Shia political blocs headed by Muqtada Al-Sadr, Ammar Al-Hakim and ex-Prime Minister Haider Al-Abadi. It was Soleimani who derailed the attempts to install a US–friendly prime minister.

Biden's embrace of such a strategy incentivised Kadhimi to double down on his efforts to wean Iraq off Iran and steer it into the US-Saudi orbit. The prime minister also sought to bolster his position internationally and regionally by presenting himself as a neutral mediator. His overriding priority on the international front has been to gain Biden's endorsement. To this end, Kadhimi has striven to bring the PMF under control, hoping that this will reduce attacks on US interests. Hence, he ordered the arrest on 26 May of Qasim Mosleh Al-Khafaji, a commander of the PMF in Anbar province. This operation was identical to the detention in June last year of 14 members of the umbrella movement.

While on both occasions Kadhimi had to back down after the PMF stormed the heavily fortified Green Zone, he exploited both operations successfully to get a meeting first with Trump and then with Biden. Even before meeting Biden, Kadhimi ruled out requesting a full US withdrawal. "What we want from the US presence in Iraq is to support our forces in training and security cooperation," he told Associated Press on 25 July.

Biden handed Kadhimi a symbolic victory by telling reporters on 26 July that, "Our role in Iraq will be to continue to train, to assist and to deal with [Daesh], but we're not going to be, by the end of the year, in a combat mission." Neither Biden nor Kadhimi defined what was meant by combat forces, yet this declaration has so far eased tensions between Kadhimi and the PMF and also reduced attacks against US troops, thus easing some of the pressure on Biden.

At the top of Kadhimi's regional agenda has been the mollification of Riyadh. Against this backdrop he decided, in July 2020, to make Saudi Arabia rather than Iran his first overseas destination. He aimed to address Riyadh's outrage that the balance of power in Iraq has tilted in Iran's favour. At that time, however, Bin Salman's overarching goal was pushing Trump to take decisive military action against Iran and so he refused to meet Kadhimi. With Biden in the White House, though, Saudi hopes of using force against Iran have been scuppered, for now. 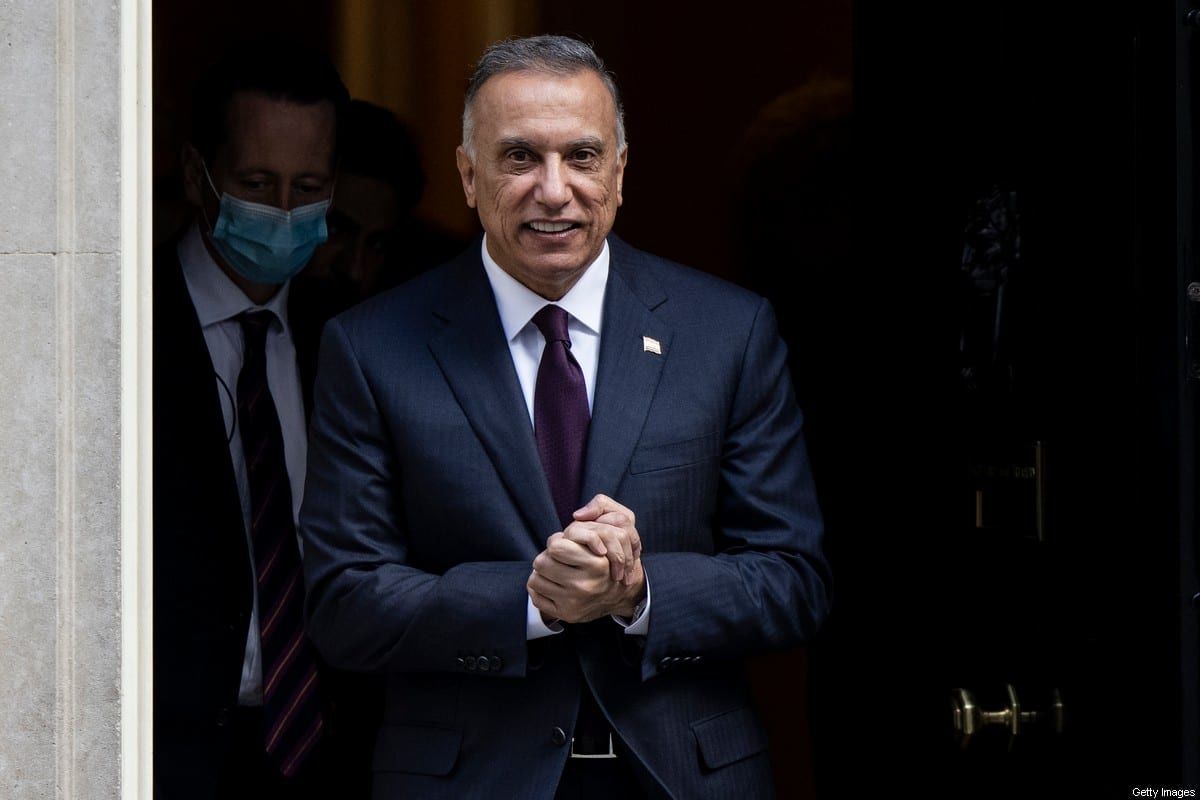 Faced with the unpalatable prospect of a potential breakthrough in the Vienna negotiations aimed at reviving the 2015 Iran nuclear deal, King Salman invited Kadhimi to visit Riyadh on 31 March. He received Bin Salman's blessing to host direct mid-level negotiations with Iran in Baghdad.

The holding of four rounds of talks under Kadhimi's supervision of – the latest was on 29 September — looks like part of a concerted Saudi campaign to help the Iraqi prime minister to tighten his tenuous grip on power while also reflecting Bin Salman's urgent need to end the futile war in Yemen. To showcase his leadership, Kadhimi organised a regional summit on 28 August in Baghdad, in concert with French President Emmanuel Macron, which ostensibly aimed to ease regional tension. In reality, it sought to warn the Iraqi people discreetly that removing Kadhimi means forfeiting economic support.

On the internal front Kadhimi's staunchest support has come from Sadr, who leads the biggest parliamentary bloc and holds a lot of clout on the ground. Although the Sadrist movement claimed that it joined the 2019 protests to promote its leader's anti-corruption drive, in practice the chief objective was to block the appointment of any prime minister who does not pledge loyalty to Sadr. The focus, however, shifted to dispersing protesters violently after Sadr bullied Amiri – head of the second largest bloc in parliament – into approving Kadhimi's premiership somewhat grudgingly.

In return, Kadhimi opened the door for the Sadrists to appoint their loyal members in every state institution, specifically targeting senior positions that control state wealth, therefore empowering Sadr to run the show. With Sadr firmly in control, he accused his Iran-backed rivals in April of stoking tensions with the US to avoid an early election. Despite Sadr's repeated promises to wage an inexorable war on corruption, a Sadrist-controlled government has failed spectacularly to do so.

Nonetheless, Kadhimi tried frantically on 9 May to exonerate Sadr from responsibility after a hospital fire killed scores in Baghdad by blaming himself. "The only thing Sadr asked from me was to take care of Iraq," explained the prime minister. "Sadr has no ministers in government nor does he control the government."

However, when a second hospital fire broke out in Nasiriya on 12 July, Sadr announced three days later that he will not take part in the election. As ever his move was a ploy to dilute public anger. He endeavoured to postpone the election, seeking more time to disentangle himself from what is widely perceived as the worst government since 2003. Given that Sadr was on the back foot, though, his rivals were adamant, and refused to change the election date. This forced him to make a screeching U-turn: "We will enter these elections with vigour and determination to save Iraq from occupation and corruption," he announced in August.

In stark contrast to Sadr's fiery rhetoric against the US presence in Iraq, in reality he desperately needs the Americans to be there as a deterrent to Iran-backed groups. The US also needs Sadr to put a brake on Iranian expansion.

Al-Sistani's call last week for a high election turnout will turn the tables on Sadr, who thrives on low turnouts, which generally do not affect his support base.

Iraq's general election is happening with confidence in the political system at rock-bottom. As anticipated, the most vicious contest to determine who names the next prime minister, will be between a US-Saudi backed Shia coalition – consisting of Sadr, Hakim and Abadi – and an Iran-aligned coalition – Amiri, Maliki and Khazali – thereby turning Iraq's Shia heartland into the principal battleground for their conflicting interests.

However, while Sadr has vowed that Iraq's next leader will be a Sadrist, in fact this is just a bargaining chip to coerce his opponents into countenancing a continuation of the Kadhimi premiership. As such, the US and Saudi Arabia will endorse Sadr's drive to impose Iraq's prime minister by diktat, even if it has the potential to precipitate the disintegration of Iraq's fragile democracy hot on the heels of the unravelling of Afghanistan's democratic experience. Both, remember, will be on Biden's watch.