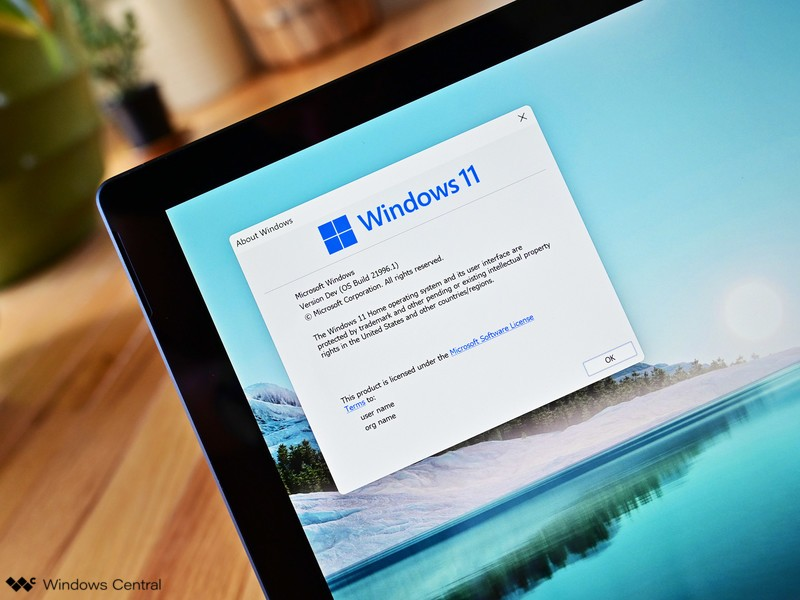 The new Windows 11 operating systems 'feels a lot like MacOS'

Microsoft is expected to unveil the next generation of Windows later this month and leaks are providing plenty of fodder for speculation.

The event, set for June 24, will be the debut of Windows 11, according to multiple reports.

While the name of the operating system isn’t confirmed, most reports claim it’s a done deal.

"It is going to be called Windows 11, and it brings many of the [user interface] changes that we saw earlier with the now-defunct Windows 10X," writes Daniel Rubino of Windows Central – the latter refers to a version of Windows that was planned but has been suspended.

While the finished operating system likely won’t arrive until later, we may see an early beta version of the new OS at the Microsoft event, according to Rubino.

And in order to make way for the future OS, Microsoft has set 2025 as the end date for updates and support for Windows 10.

– The start menu will be placed at the center of the taskbar instead of the corner location in Windows 10. Taskbar icons will also be centered more.

– The start menu will get rid of live tiles while adding pinned apps and recent files. "And the ability to quickly shut down or restart Windows 11 devices. It’s really a lot more simplified than what exists in Windows 10 today," according to The Verge.

– The return of the startup sound.

Linus Tech Tips also talks about additional features, including the kind of game support to expect, an overhaul of the Microsoft Store, and Windows Widgets having a bigger role.

One of the most consistent early takes on Windows 11 is that it feels like macOS.

"I've come to a surprising conclusion: It feels a lot like MacOS," writes Devindra Hardawar at Engadget. "Windows 11, at least in this early version we're looking at, is basically a decluttered version of Windows 10. It has some of the optimizations we were expecting to see in Windows 10X, but now that I'm actually experiencing it, I'm getting some serious Mac vibes," he said.

All the above doesn’t include the changes that will take place under the hood and changes to Windows security. The underpinnings of Windows 11 may see the biggest overhaul.

One big question remains: pricing. For consumers, it’s not clear whether the upgrade would be free for Windows 10 licensees. But if it's any indication, the upgrade from Windows 7 and Windows 8.1 to Windows 10 was free.