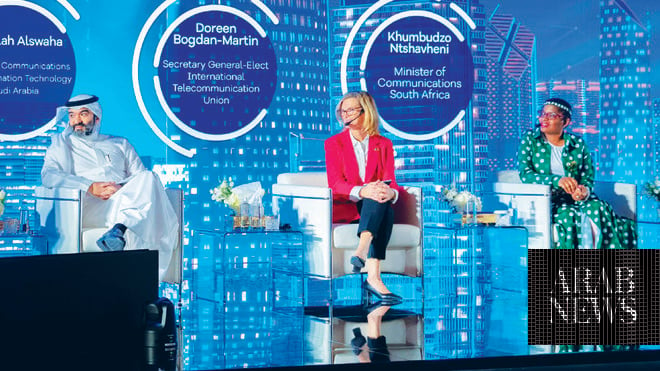 The world needs a new approach to protect itself from emerging cyber threats, Saudi Arabia’s minister of communication and information technology told the Global Cybersecurity Forum on Wednesday in Riyadh.

Abdullah Al-Swaha added his voice to calls for reform in the face of increasing threats from hackers and rapidly advancing technology, such as AI and quantum computers, that has the potential to subvert even the best cybersecurity available today.

He said that the Kingdom had risen to second place globally in its ranking for cybersecurity but added that it must “reskill” to maintain that position. “We need to shift from conventional IT to secure everything,” he said.

The dangers posed by advancing technology were flagged at another panel by theoretical physicist Michio Kaku, who said that the computers of the near future would make modern devices seem little more than abacuses.

He called for education on dealing with artificial intelligence and quantum computers, and warned that several AI programs could already mimic human behavior.

“We need quantum to fight quantum. We have to rethink the whole thing. We will in fact become obsolete when quantum computers get rolled out,” he said. 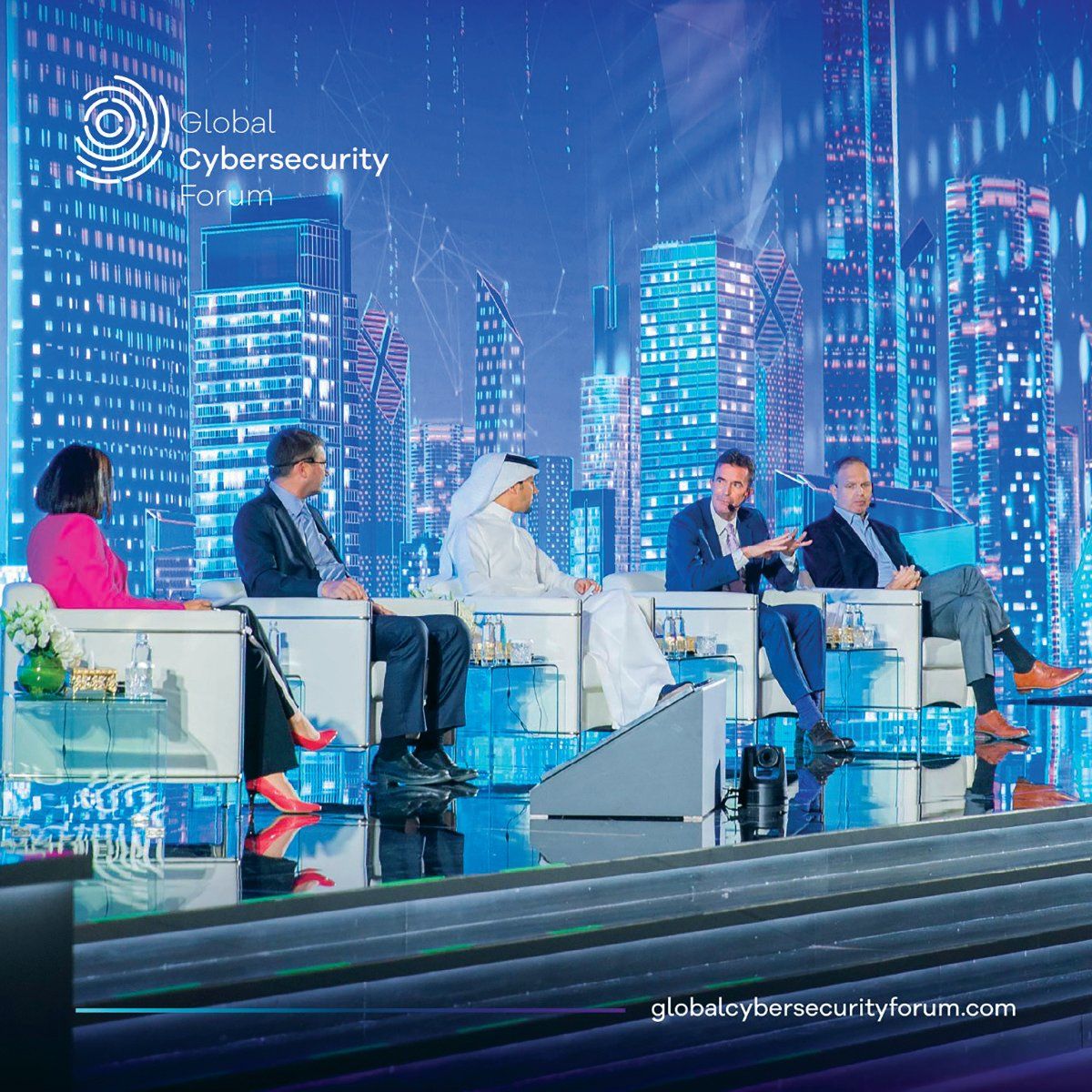 Panelists take part in a session titled ‘No Nation Left Behind’ at the Global Cybersecurity Forum in Riyadh on Wednesday.
“People used to say it was impossible to create a quantum computer that can compete with a digital supercomputer. Three years ago, the impossible happened: Quantum computers from the US and China exceeded the ability of a super digital computer.”

He said that the Chinese quantum computer exceeded the capability of a modern-day digital device by 100 trillion times.

He said that while the shift to the quantum era may be gradual, it was nevertheless unavoidable.

Kaku added that humans should create advanced trapdoor functions to make it difficult for a criminal to penetrate security apparatus.

Speaking at the same panel Shyam Saran, a former foreign secretary of India, said that global collaboration and a healthy diplomatic framework were necessary to ensure cybersecurity.

“We are living in a very difficult geopolitical situation. Countries that could lead (cybersecurity) collaboration are actually confronting each other. If they are not going to lead, who will?” he said.

He said that decision-makers should be educated on cyber threats to help them create the right regulatory policies and create safe online space.

She told the event: “The UN secretary general put cybersecurity as core and in the common agenda that he launched last year, and it’s also core to the new agenda for peace that’s being discussed.”

Martin did accept that the world needed to be better prepared for the wave of technical innovations on the horizon.

“I think each of us has to do more because as we increase the cyberworld moves faster, and quantum is coming faster, and of course the metaverse is almost here, so we do have to do more,” she said.

Martin said that the ITU was helping countries to benchmark themselves, identify gaps in their defenses and look to others in terms of best practices. 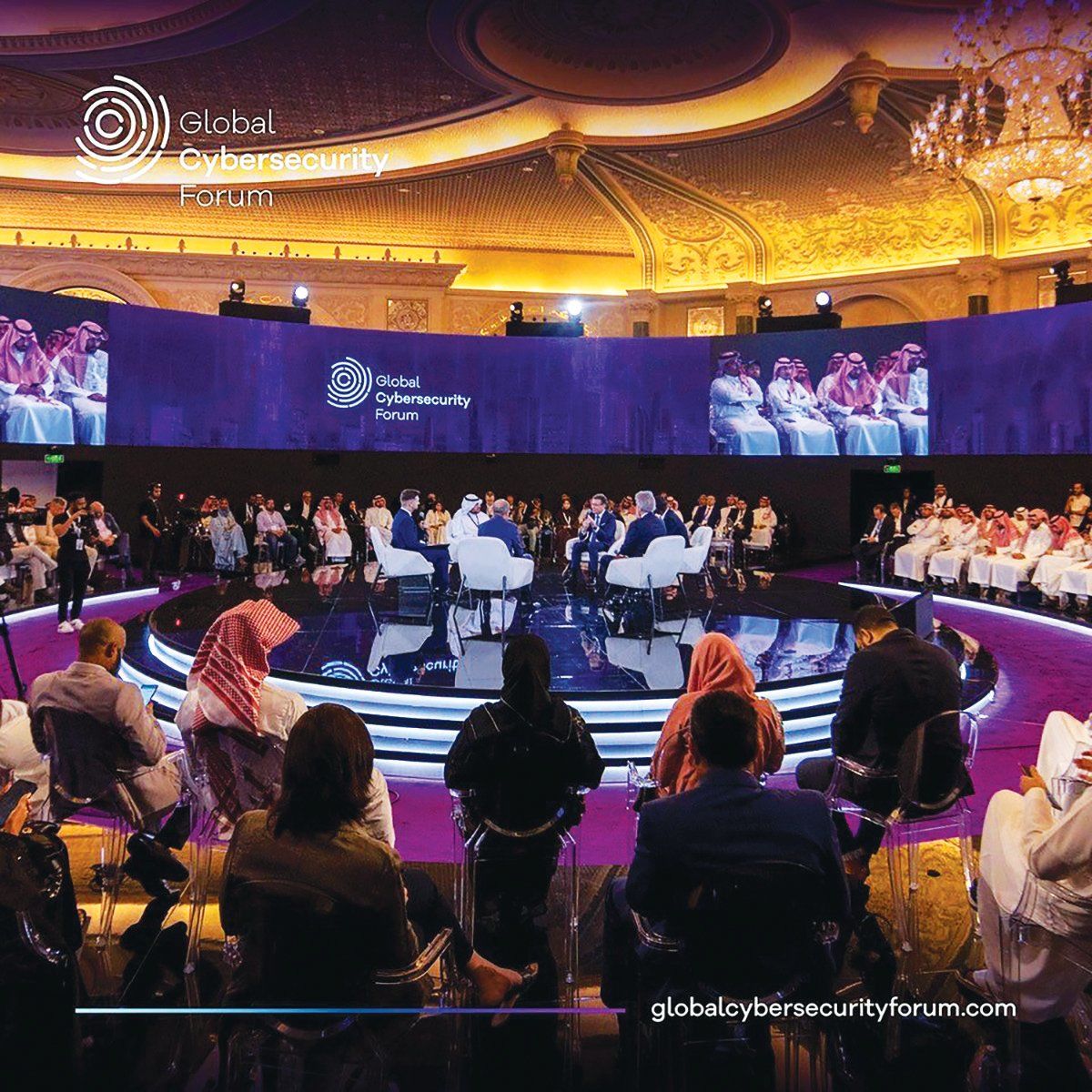 Decision-makers should be educated on cyber threats to help them create the right regulatory policies and create safe online space, the Global Cybersecurity Forum in Riyadh was told on Wednesday.

“Overall we’re seeing positive trends and we have a number of countries that have introduced new laws, and we’re seeing increased training for law enforcement, which is encouraging.”

Robert Putman, a cybersecurity products and services manager at the ABB multinational, said that it was not just technology that needed to evolve to protect against cyberattacks, but also the behavior of people.

He said that the market had undergone a transition, which, like insurance, involved the modeling of risks. Using such models would enable them to understand the impact of that risk on operational assets, he added.

Interpol’s president Ahmed Naser Al-Raisi told the event that the world needed a better exchange of information and ideas to beat global threats.

“When we have a base to exchange information, even when there are no diplomatic relations between countries, it is important to protect citizens,” he said.

Al-Raisi said that the estimated yearly losses to cybercrimes had doubled to $6 trillion since 2015, and were expected to reach $10.5 trillion in 2025.

“This number is more than natural disasters that occur in a year, in addition to profits made by all drug dealers around the world,” he said.

As the whole world is becoming a village with a vast space of the internet, a large field for all criminal operations in cyberattacks has emerged, he said.

“My past experience with smart transformation has led me to have my first strategy in the organization (Interpol) and to prioritize cybercrime,” he told the gathering.

This move has led to ensuring the 195 member states have systems and capabilities of competencies that can not only respond to a cyberattack but also to prevent them, he added.

Christopher Blassiau, senior vice president of Cybersecurity & Global CISO Schneider Electric,​​ said the changing nature and fracturing of the global energy market made the sector vulnerable to hackers. “There is a big amount of risk,” he said.

Blassiau added that owing to the absolute necessity for a green agenda, digitalization is going at a fast pace and is bringing a complete visibility of asset performance and a better dialogue between human and machine.

Mary Aiken, an expert in cyberpsychology — the study of the impact of technology on human behavior — meanwhile said that the unanimity of the internet was one of the main threats faced by the modern world.

“The internet was created on the principle that all users are equal. This is not true. Some users are vulnerable, especially children and women,” she said. “Young people take risks online that they will not do in the real world.”

There has been a surge in cyberattacks in the Middle East and North African region in recent years, with many companies suffering larger losses than in other parts of the world. The problem is compounded by the fact that 57 percent of organizations report unfilled cybersecurity positions.

A weak line of defense increases a company's vulnerability to major damage, according to a report released on Wednesday by the Global Cybersecurity Forum.

The report also said that around 94 percent of women in the Middle East would be interested in studying cybersecurity, although only a small percentage of women worldwide were active in that field.

Speaking to Arab News, Laila bin Hareb Al-Mheiri, founder and president of Alive Group, Alive Medical, Alive Labs, and Alive consulting and education, said women have a high level of emotional intelligence and a unique perspective on problems and cybersecurity benefits from this extra flair.

Al-Mheiri said there is a misconception that women are not qualified to succeed in a male-dominated society.

“I have received praise and support from my male counterparts in Saudi Arabia and the UAE. It’s been nothing but positivity for me,” she said.

Mary O’Brien, general manager of IBM, said that throughout her journey, she has met with opportunity, respect and inclusion. However, as a woman, she said, “I am very aware of the lack of women around the table and the lack of diverse thought that comes with that.”

Role models and allies are critical to creating change, she told Arab News.

The report quotes more than 70 percent of respondents as saying that a role model encouraged them to learn more about the industry and pursue a degree in cybersecurity.

Many women feel more confident about pushing forward when they see another woman moving through the ranks, she said.

Ultimately, O’Brien suggested engaging young females in STEM early on and helping break some of the stigmas that limit their progress. 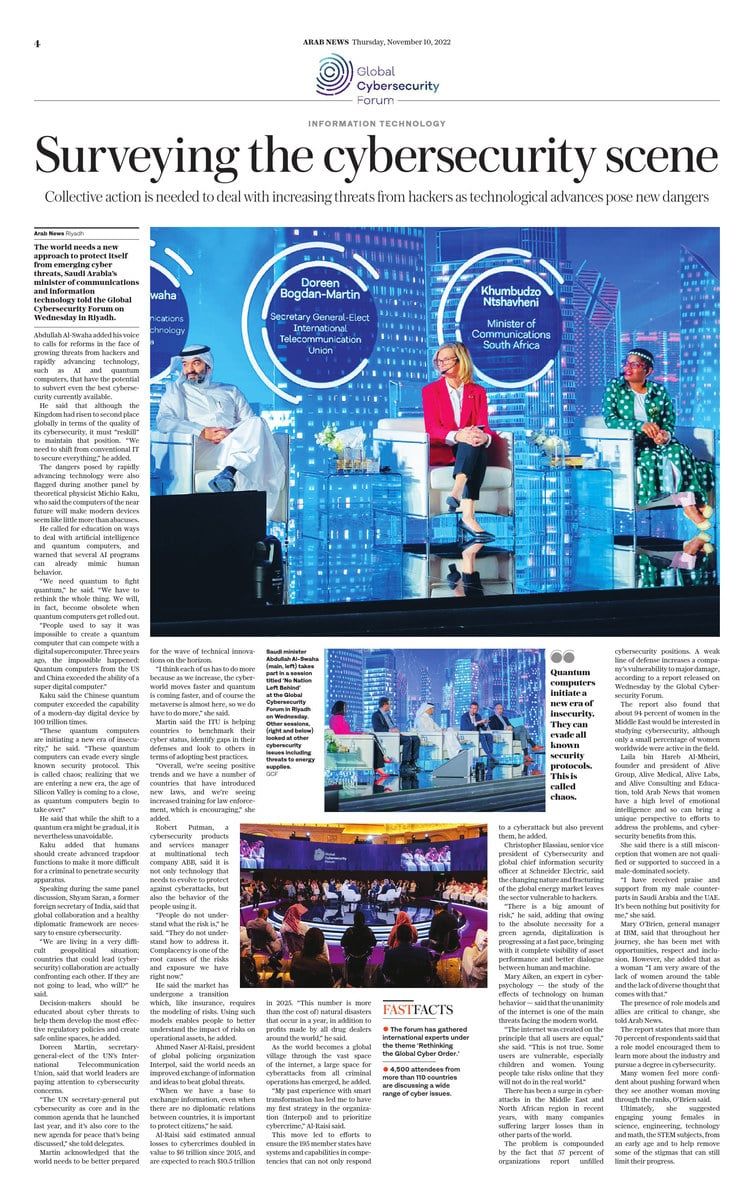