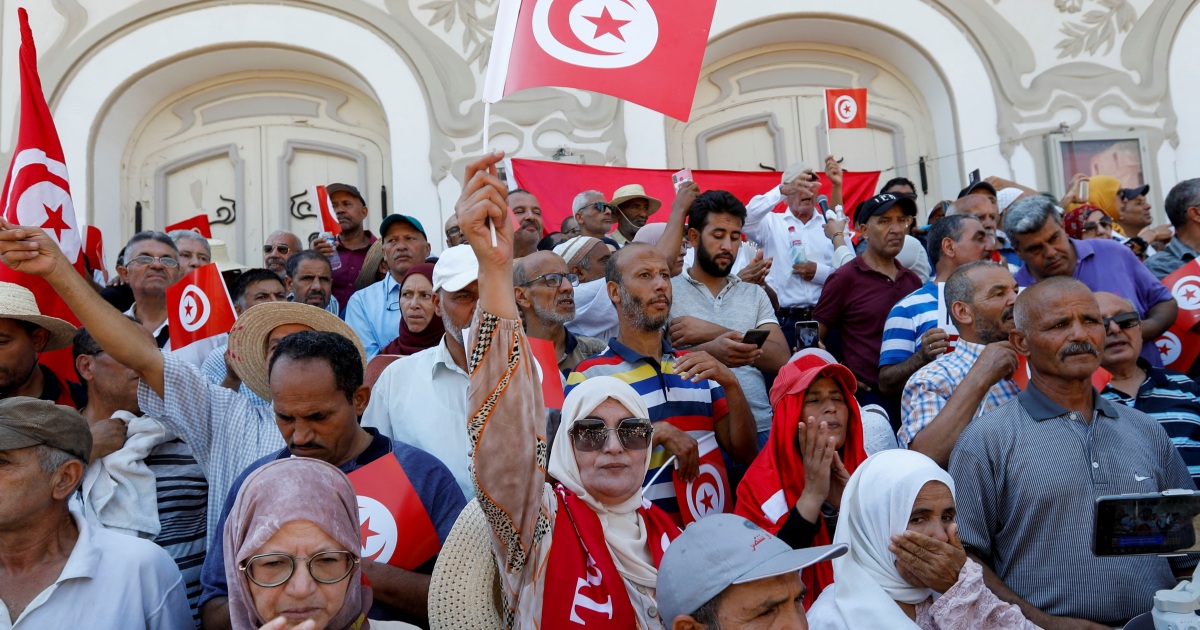 Older and younger generations march in Tunis to reject President Kais Saied’s draft constitution, days ahead of a referendum.

Hundreds of people have rallied in Tunis to protest against a draft constitution proposed by President Kais Saied, two days before a planned referendum on the charter.

The National Salvation Front alliance of opposition groups led a march through the Tunisian capital on Saturday to reject the president’s constitution change programme and decried what they call an undemocratic and illegal process.

Many of the protesters were from the older generation, who had lived under former President Zine Abbedine Ben Ali and took part in the 2011 revolution which forced him from office.

Among them was Amna Fehty, an Ennadha supporter who said she was there to “fight for freedom and democracy”.

“We cannot progress or have any power in this world under a dictatorship,” she told Al Jazeera.

“I do not want to see our children live as slaves under a dictator.” 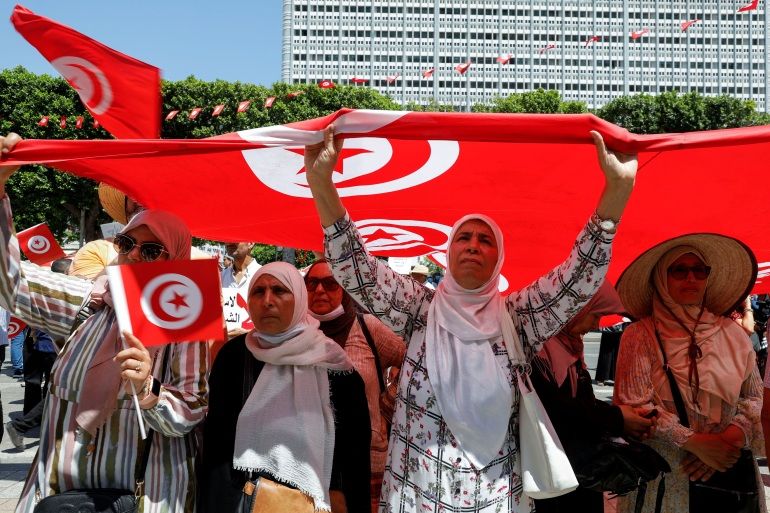 Tension has been rising in the country in advance of the vote amid fears that the draft constitution would serve as the basis of a new hyper-presidential government system.

The referendum is being held one year after Saied suspended the parliament and sacked the government in what his opponents call a power grab. The president said he was responding to the popular will and saving the country from imminent danger.

He soon began ruling by decree and has dismantled some of the country’s democratic state institutions including the Supreme Judicial Council, while pushing for a new constitution, a draft of which was published last month.

The charter would limit the powers of the parliament and judiciary and enshrine the powers he has accumulated over the past year.

A member of the executive committee of the National Salvation Front called Monday’s referendum “another link in a series of illegal events.”

“We are here to state for history that we believe this new constitution is completely illegitimate and will continue to respect the 2014 constitution,” Jaohar ben Mbarek told Al Jazeera.

There were also some younger people among the crowds at Saturday’s rally. They said that Kais Saied is stealing their chance to develop their democracy.

Alabbas Ben Abdennabi, a 22-year-old business studies student, told Al Jazeera “Kais Saied did a coup d’etat, he betrayed the Tunisian people who voted for him … [Saied] wants to be like a sultan.”

Ammen Ekalini, a 20-year-old activist, came to the demonstration with fellow students and said they are undeterred by the referendum and ready to fight for democracy.

“We want the world to know that we are the generation of democracy,” he told Al Jazeera.

“We know how much our parents suffered under dictatorship, they were here [on Avenue Habib Bourguiba, Tunis] in 2011 during the revolution. We know this constitution will go through. It says in Article 139 that whether yes or no wins, it will be activated.”

Duaa Naceur, an 18-year-old high school student, told Al Jazeera, “Saied wants to steal all our rights, but we won’t let him.”

“Our message to the world is: help us rebuild our democracy. We are capable, we can do it.”

Al Jazeera witnessed violent beatings and use of pepper spray at Friday’s protest.

The Ministry of the Interior said protesters initiated the violence against police.

The Tunisian labour union UGTT condemned the police violence and demanded the release of detainees and a full investigation saying, “We hold the president accountable for this authoritarian deviation.”